Ernst Marcus: ‘The Winter Sky Above Berlin was Blood-Red’ 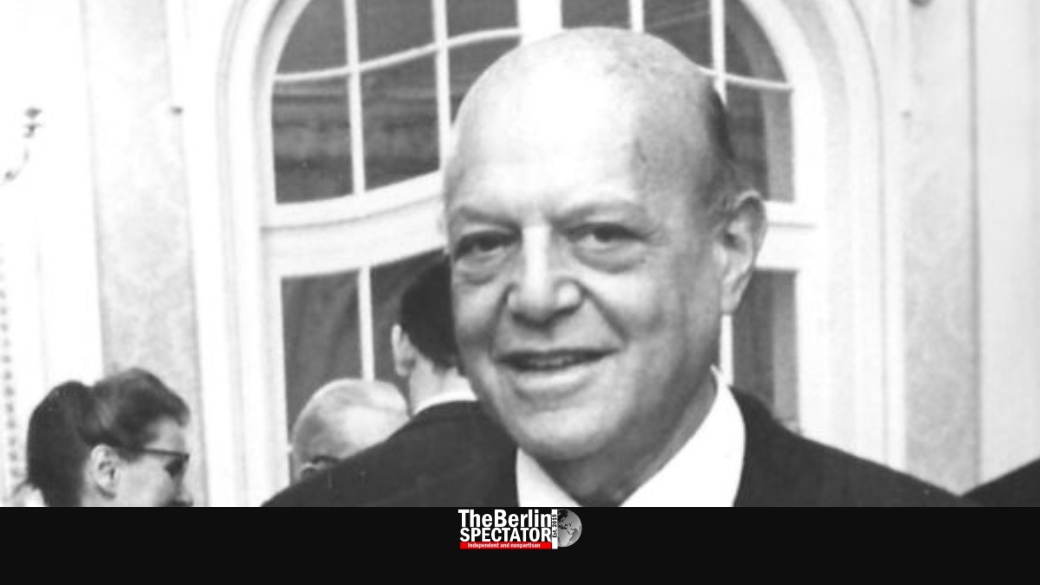 Ernst Marcus, a Berlin lawyer, woke up in his apartment in the German capital’s Grunewald district eighty-three years ago. What he saw was unbelievable.

Berlin, November 9th, 2019. Update: November 7th 2021 (The Berlin Spectator) — “All of a sudden, the winter sky above Berlin was blood-red”, Dr. jur. Ernst Marcus wrote. His account of the events during the Night of Broken Glass, on November 9th and 10th, 1938, written in German, is part of the archive at Yad Vashem, the official memorial to the victims of the Holocaust in Israel.

The news that even the “unremarkable private synagogue in the neighborhood” had been set on fire had reached him that morning. He was also told that the police and fire brigade were just watching, without trying to extinguish the flames.

Ernst Marcus worked for the Paltreu Trust which helped Jewish migrants in Palestine. He immediately took a taxi to his office in Potsdamer Straße. On the way he saw “flames and smoke in many streets, broken and plundered stores in the elegant quarter around Kurfürstendamm“. This kind of sight had been “unfamiliar, even during the revolutionary times in Berlin in the years 1918 and 1919.”

At Hitler’s Foreign Ministry, Ernst Marcus knew one diplomat he trusted. His name was Werner Otto von Hentig. In order to make sure he would not be arrested by the Gestapo before reaching the ministry, the lawyer decided to announce his visit by calling von Hentig’s office from a payphone.

It might be hard to believe, but at least one diplomat employed by Hitler’s Foreign Ministry, Werner Otto von Hentig, was appalled. “Without paying attention to the SS officers who were promenading up and down the (ministry’s) corridors he shouted: ‘Doctor, what a disgrace! Those murderers! Those criminals!’ I had trouble calming him down.”

According to Ernst Marcus, the Gestapo and the ministry knew about von Hentig’s political opinions. But they needed an experienced diplomat like him who was an Orient expert and spoke important languages. So, they did not persecute him.

That same morning, von Hentig agreed with Dr. Marcus that a march of Jewish men, escorted by the SA, which Goebbels was planning, had to be prevented. So, the diplomat called a colleague, but he did not want to get involved. Von Hentig tried to convince other colleagues, without success.

Another aspect which might be surprising is the fact that Goebbel’s march through Berlin was indeed cancelled, due to the intervention of Werner Otto von Hentig, who had managed to speak to some other people in high positions after all. On top of that, individual action against Jews during the days after Reichspogromnacht was prohibited.

Ernst Marcus was arrested by the Gestapo only days after those events he described. He was taken to the Sachsenhausen concentration camp, where he stayed for only five days. Otto Werner von Hentig managed to get him out of there. The two friends used their influence to get other Jews out as well.

Note: Ernst Marcus (1900-1973) was the author’s grandfather. According to files from the Russian State Military Archive and his own account, he was in the Sachsenhausen concentration camp from November 13th until November 18th, 1938, for being a Jew. Thanks to his diplomat friend, he was granted a temporary release which was turned into a discharge on December 2nd, 1938. Ernst Marcus lived in Haifa until he moved back to Germany and settled in Hamburg in the 1950s.