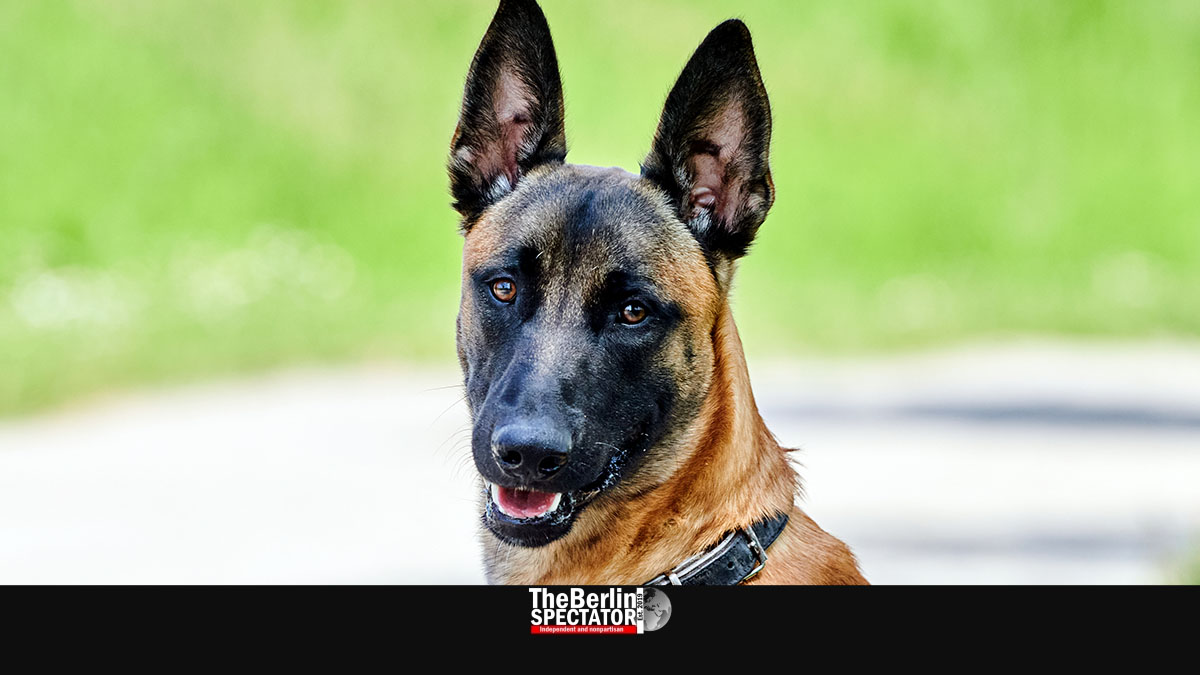 Leon is a wonderful dog. But he needs a master or mistress with experience, since he has been in difficult situations before. Of course, Leon is not the only inhabitant at Animal Shelter Berlin.

Berlin, December 9th, 2020. Update: November 10th, 2021 (The Berlin Spectator) — Leon (see main photo above) is a wonderful doggie. According to those who care for him at Animal Shelter Berlin, the largest pound in Europe, he likes to learn and loves the little treats he gets when he does things right. He needs a new master or mistress, one who shows leadership in a household without children. When he lived with a family, he bit people because nobody knew how to handle him. Whoever adopts Leon needs to love him and invest time.

Some of the above applies to his 1,343 friends as well. At this huge animal shelter, Leon is one of 200 dogs right now. His other buddies are cats, snakes, turtles, birds, hamsters, a pig and apes. The shelter even has two ponies. In the past, donkeys and goats lived there as well.

The exact number of friends and neighbors Leon has varies. It changes every day, because new dogs and cats arrive all the time. On a daily basis, animals are being picked up by their new owners. But not everyone is up for adoption here. For instance, the monkeys are not.

After Germany’s reunification, Berlin grew a lot, from any perspective. Once the excitement about the fall of the Berlin Wall died down, it became clear that abandoned, abused and lost animals needed some room and help too. The Animal Welfare Organization in the German capital looked for a good spot. It needed to be a really big one for a giant shelter. They found it in Berlin’s north-east.

They sold the original shelter which had been used since 1901, because it had become far too small. For 6 million Deutschmarks, they purchased a 16-hectare plot in the Falkenberg borough. Now all they needed was buildings for hundreds of very different animals, including cute puppies, colorful parrots, cats, rabbits, snakes and many other species. Sixty-five million Deutschmarks later, in 2001, they had what they needed.

The Animal Shelter Berlin is as big as 22 soccer fields. It has as many as six buildings for dogs, four cat houses and one building for all kinds of small animals. How about a big enclosure for cats? They have that too. They even added what they call “animal protection farm” for livestock and an extra place for exotic animals, including reptiles. And they have their own veterinary practice. Of course, there is plenty of space for dogs to run around at too. It’s the whole package.

Not only is this the largest animal shelter in Europe, but also a very unique one. It looks like Drax’ Californian space ship factory in the 1979 James Bond film ‘Moonraker’. The whole thing is a huge circle with 18 round buildings inside. The dogs, including Leon, live inside the big circle too, but they are separated from the other animals because they would drive them crazy.

Many of the doggies are what Berliners call ‘list dogs’, buddies that need experienced owners who will treat them the right way. There are three main kinds of ‘list dogs’ in Berlin, namely Pit Bulls, American Staffordshire Terriers and Bullterriers. The shelter will provide detailed information in this regard too.

Online, Leon and his dog friends are part of different categories so that families or individuals who intend to adopt a cutie can pick the right one, or get picked by the right one. There are three sizes, dogs suitable for families, neutered dogs, city dogs, list dogs (as mentioned above), dogs that like other dogs and dogs that like cats. There is no category for dogs that like snakes or hamsters, by the way.

Under normal circumstances, there is a lot of activity for both humans and animals at Animal Shelter Berlin, including ‘Kids Read to Cats’. At this stage, because of Corona, the shelter is closed to visitors. Of course, a lot of work is being done behind the scenes, and adoptions are still happening.

By the way: Neither dogs nor other animals are being given away to anyone who comes along. The shelter staff will make sure any new ‘parents’ know what to expect and how to treat their animals.

The Berlin Animal Welfare Association, the organization behind Animal Shelter Berlin, is active in politics. For instance, its representatives just reiterated they oppose the use of fireworks and firecrackers on and around New Year’s Eve, also because these things scare Leon and his 1,343 friends. They fight animal testing and want horse-drawn carriages for tourists to be banned from the streets of Berlin in order to protect those animals.

Accommodating 1,344 animals costs money, and a lot of work has to be invested. The Animal Shelter Berlin needs support. At this stage, Berlin’s Animal Welfare Association, an NGO, has 15,000 members, 10,000 donors and 800 volunteers. More support is appreciated, also because 180 employees need to be paid. Running the shelter costs 11 million Euro (13.3 million U.S. Dollars or 9.9 million Pounds Sterling) per year.

The organization’s website (German only) can be found here. Many animals are listed with detailed descriptions. Are you interested in adopting a dog, a cat or a snake? The staff will gladly answer your questions.