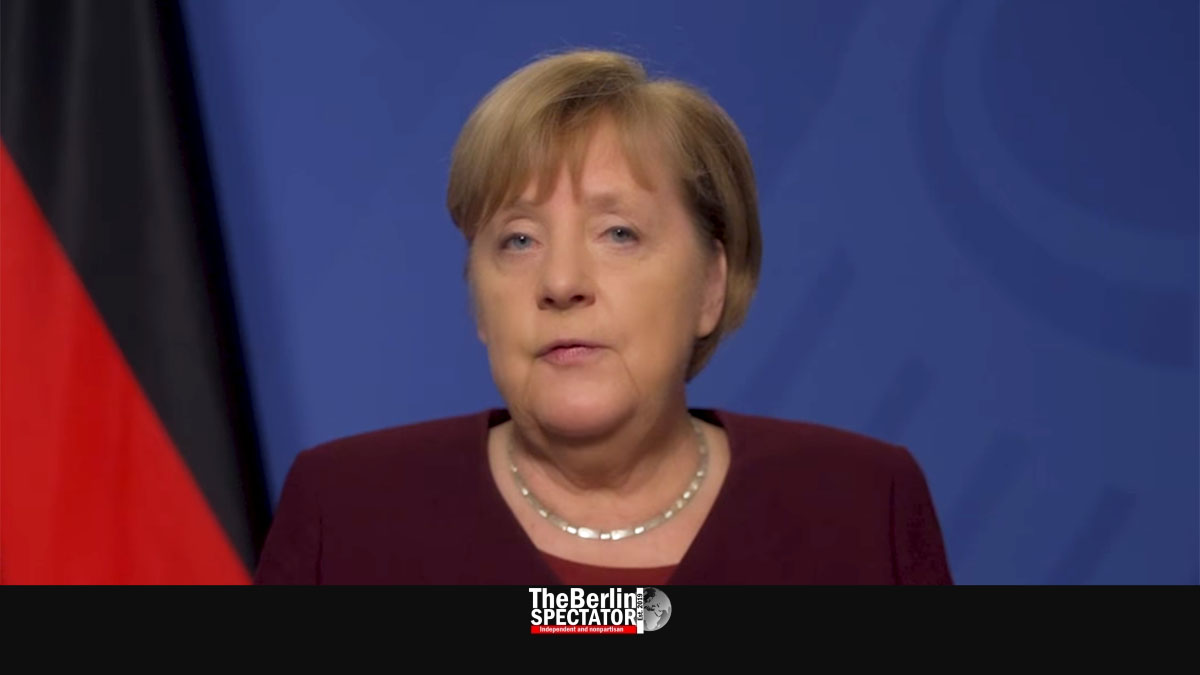 In Berlin, the acting Chancellor of the Federal Republic of Germany, Angela Merkel, admitted she was “very worried” about the Corona situation. Because of the record infection numbers she asked unvaccinated Germans to change their minds.

Berlin, November 14th, 2021 (The Berlin Spectator) — Yet again, Angela Merkel asked people to get vaccinated against COVID-19. “When we stand together, when we think of our protection and are considerate, we can spare us a lot [of trouble] this winter”, the departing head of government said on Saturday. She said she was “very worried” about the increasing number of new Corona infections, that of Corona patients in intensive care and the rising number of Corona-related deaths.

“Very difficult weeks are ahead of us”, Merkel said in her weekly podcast. Doctors, caretakers and intensive care units were about to be overburdened already. Action was now required on the part of the federal states in cooperation with the federal government. On Thursday, the First Ministers from the states are scheduled to discuss the alarming Corona situation in Germany and the implications with Mrs. Merkel.

According to the Chancellor, it is vital to increase Germany’s vaccination rate in order to be able to control the pandemic. Countries like Spain and Portugal were showing how to do it, she said. Mrs. Merkel also asked unvaccinated Germans to “think about it again”. She called for more booster vaccinations. So far, hardly anything had happened in this regard, which was “disappointing”. Booster shots were a “real chance” to break the “fall and winter wave”.

There are good reasons for Angela Merkel’s worries. In the past ten days, Germany registered the highest number of new Corona infections per day it ever had several times in a row. Today, the Robert Koch Institute reported 33,498 new Corona infections within 24 hours. Last Sunday, there were about 23,500 new cases, 10,000 less. The total number of infections in Germany since the pandemic commenced in early 2020 just exceeded 5 million.

In spite of the worrisome Corona situation in Berlin, ‘VisitBerlin’, the state-owned company that promotes the city as a tourist destination, just sent out a message saying they were looking forward “to an enchanting Advent season in Berlin. In addition, the first Christmas markets will open at the end of this month. Isn’t all of this tempting enough to book your winter holiday to Berlin now?”. The promotional e-mail does not include a single word about Corona.