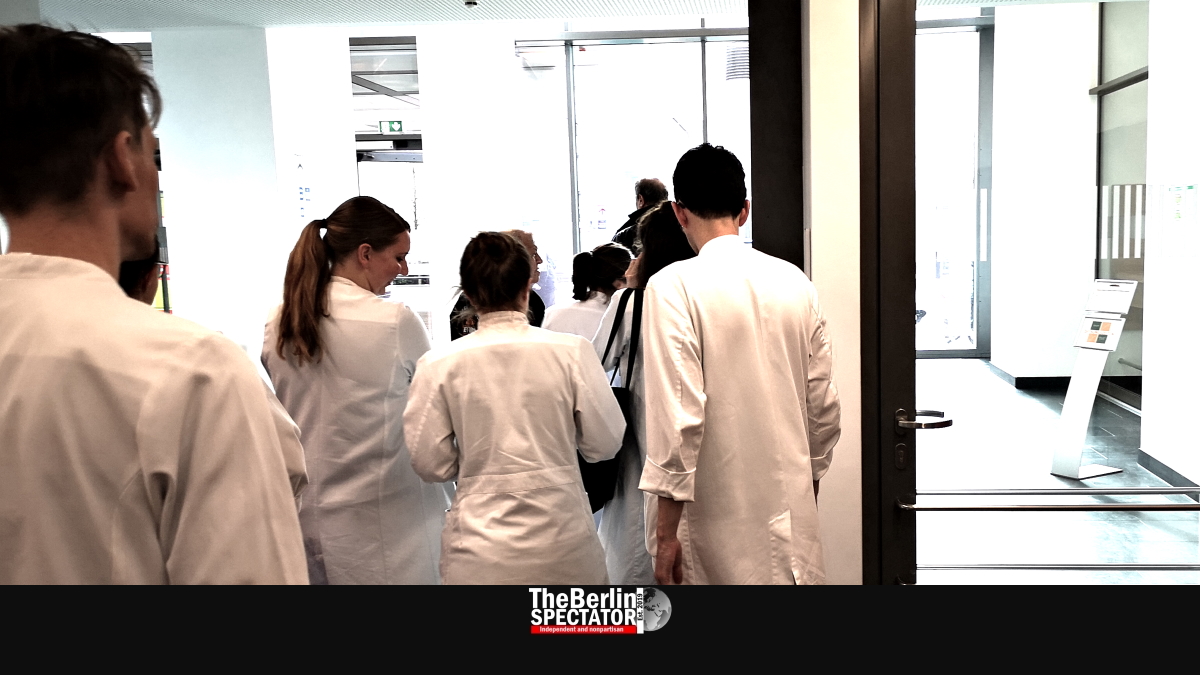 In parts of Germany, hardly any vacant ICU beds are left. At the same time, many Corona patients are coming in. The number of new Corona infections per day is still extremely high.

Berlin, November 17th, 2021 (The Berlin Spectator) — The situation in Germany is worsening every day. Today, the Robert Koch Institute reported 52,826 new Corona infections. According to Heyo Kroemer, the chairman of the executive board at Berlin’s Charité hospital, about 0.8 percent of all new cases will end up in intensive care. What this means is that there will be 350 to 400 new ICU patients per day rather soon. The big question is: Where should they be treated?

Germany’s health system was confronted with an “extreme challenge”, Kroemer stated. The numbers prove him right. Right now, 3,280 Corona patients are in intensive care in Germany, 90 more than yesterday. In some regions, hardly any ICU beds are left. In the entire country, about 3,100 of them are vacant at this moment. Within weeks, all of them could be occupied. In Berlin, only 85 ICU beds were left on Tuesday, while 1,067 were taken. Neighboring Brandenburg had 112 free beds in intensive care. The situation in Bremen, Hamburg, Saxony, Saxony-Anhalt and Thuringia is similar.

The problem does not only affect COVID-19 patients, but also those with other diseases. At the Charité, where 70 Corona patients are being treated in intensive care, 17 of whom are connected to respirators, and where there are 60 more in the regular Corona ward, about 30 percent of all surgeries already were postponed until the Corona situation improves, which could take months. The virus needs to be curbed right now, in order to make sure things at Germany’s hospitals do not get even worse.

Apart from the number of new infections, that of Corona-related deaths is on the rise. Since yesterday, 294 COVID-19 patients died. Because of the alarming numbers, the Corona vaccination campaign is picking up speed, but this should have happened a lot earlier. Right now, Germany’s vaccination rate is 67.6 percent, which is far from good enough. On Tuesday, Berlin’s departing Governing Mayor Michael Müller called on people to get vaccinated right now.

“We are privileged”, Müller stated. “As opposed to other countries, we have sufficient amounts of vaccine of different brands.” It was fatal not to accept an offer of this kind, Müller said. He asked fully vaccinated Berliners to get their booster shots. Everyone needed to adhere to the Corona rules again. Berlin’s Seven Day Incidence jumped to 339.0, from 315.8 on Tuesday. Two of the German capital’s districts, Friedrichshain-Kreuzberg and Pankow, are above 400.

The Incidences in nine German counties are above 1,000, six are in the 900s, eleven stand between 800 and 900, eleven between 700 and 800, seventeen exceeded 600, and thirty-eight stand between 500 and 600. Saxony, Thuringia and Bavaria are the Corona hotspots among Germany’s federal states, all with Incidences above 500. Saxony just reached 742.2.