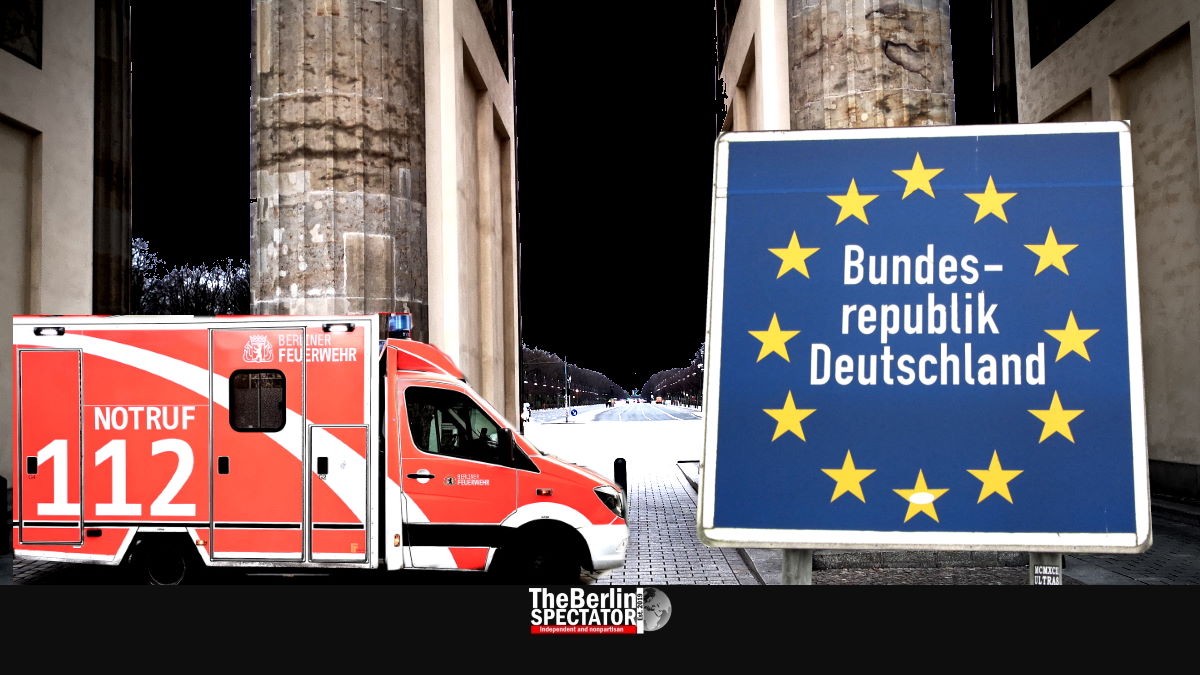 Germany has never had this many new Coronavirus infections within 24 hours. According to the Robert Koch Institute there are more than 65,000 of them today. This number is nothing less than catastrophic.

Berlin, November 18th, 2021. Update: 1:25 p.m. CET (The Berlin Spectator) — Exactly 65,371 Germans and other residents of this country were infected with the Coronavirus since yesterday. Also because 0.8 percent of all new Corona patients will be in intensive care soon, the situation is more than alarming. The ICUs in German hospitals are already filling up quickly. At an online discussion event, Professor Lothar Wieler, who heads the Robert Koch Institute, said Germany was in an emergency situation.

Wieler stated the official numbers only showed part of the reality. Behind them, there were two to three times as many new Corona infection cases. Four hundred of the 50,000 new Corona patients the country registered per day would die, Wieler said. This could not be prevented. “We have never been worried the way we are now”, the professor told the audience. In some cases, it would take up to two hours to find ICU beds for Corona patients in serious condition.

When the vaccination campaign started in December of last year, nobody thought things would become a lot worse. Today, the situation in many of Germany’s federal states is terrible. The Seven Day Incidence in Baden-Württemberg is about to hit the 400 mark. It stands at 397.7. In Brandenburg, it is 465.9, Thuringia reached 565.0, Bavaria stands at 609.5 and Saxony at 761.4.

A Saxon county called ‘Sächsische Schweiz-Ostererzgebirge’ and a Bavarian one, ‘Rottal-Inn’, are Germany’s Corona hotspots, with Incidences above 1,300 (no typo). An additional eleven counties are above 1,000. About half of Germany’s 412 counties stand somewhere between 300 and 1,000. The Incidence shows how many people have been infected with Corona per 100,000 inhabitants in the past seven days.

Berlin’s Incidence is 340.7. The capital’s Friedrichshain-Kreuzberg district stands at 424.8, Pankow at 406.2 and Reinickendorf at 401.2. Soon, the Berlin Senate might tighten its Corona rules yet again. What Germany calls the ‘2G Plus’ model might apply when the situation deteriorates further, which it will. This means that only vaccinated and cured people with negative Corona tests may enter certain locations. So far, the ‘2G’ model was implemented at restaurants, cultural venues and other places, meaning vaccinated and cured persons may enter without tests.

Bundestag on the Case

Later today, Germany’s acting Chancellor and the First Ministers of the country’s sixteen federal states were going to discuss the situation and its implications in a ‘Corona conference’ meeting. In the late morning, the Berlin Bunderstag discussed the way ahead. With its majority, the ‘traffic light coalition’, which consists of the center-left SPD, the left-wing Greens and the center-right FDP, and which is still in coalition talks, pushed its plans through the parliament.

Those include an end to the ‘epidemic situation’, a law which gives the government the right to decide about lockdowns and other measures against Corona. The new regulation gives federal states tools they can use. Those include lockdowns in Corona hotspots and contact restrictions. On Friday, the Bundesrat will have to pass the law as well before it takes effect.

On Wednesday evening, Angela Merkel had this to say: “The virus does not care whether Germany is in a phase with an acting government or one in which there are negotiations on the formation of a new government. The virus does not care who will move how far from any political position.” The only criterion was to decide what needed to be done against the dramatic occurrence of infection, Mrs. Merkel stated.