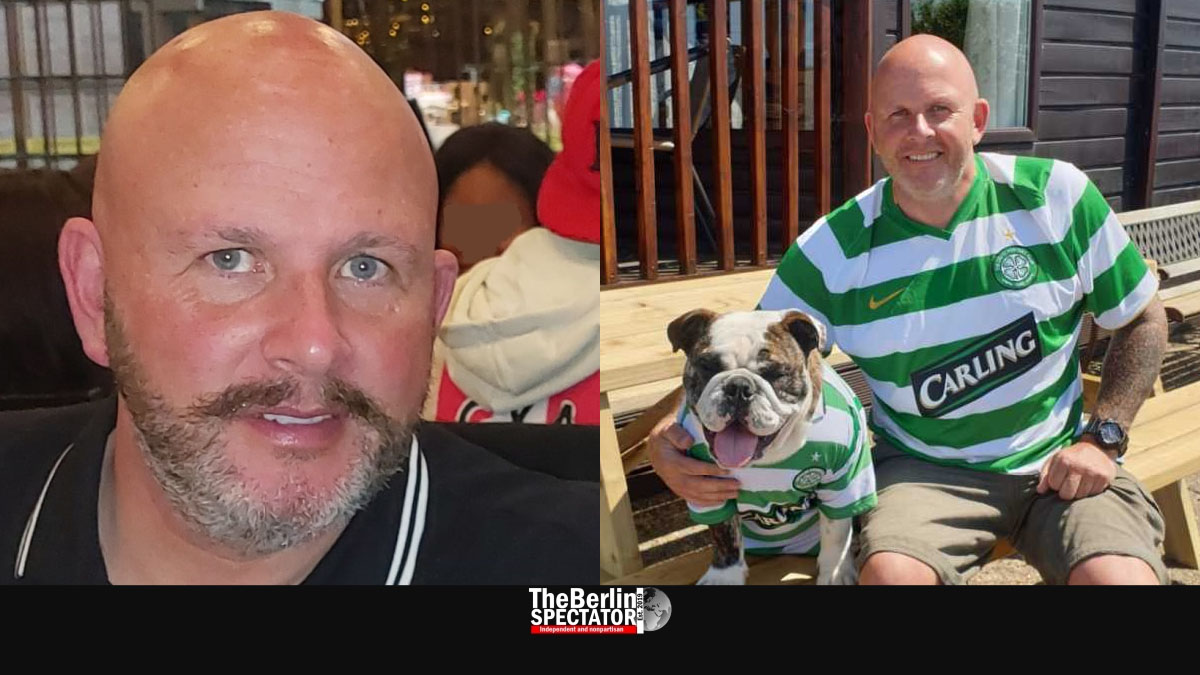 Update December 12th, 2021: The Berlin Police Department tells The Berlin Spectator Mr. Curry was not missing anymore. He is not in Germany anymore either.

In Berlin, the police are searching for Alan Curry. The Irishman supposedly arrived on Monday. Since he landed at BER Airport, he has been missing.

Berlin, November 19th, 2021. Update: November 20th, 2021, 3:06 p.m. CET (The Berlin Spectator) — On Monday, November 15th, 2021, four days ago, the Irish citizen Alan Curry arrived at Berlin’s new BER Airport in Schönefeld, located just outside the city in Brandenburg province. Now, the police are searching for him because he went missing. His loved ones have not heard from him since his arrival in Berlin.

The police are asking the public for support. They are looking for answers to these two questions:

Alan Curry is 45 years old. He is about 1.70 meters (5.6 feet) tall and has a sturdy to stocky build. He is bald, wears a beard and numerous tattoos on his arms and legs. Before he disappeared in Berlin or Brandenburg, he wore a white shirt, grey pants and a navy blue coat.

The police say Berlin was his travel destination. Anyone who has information about his status and location is asked to call the missing persons department at Berlin’s State Office of Criminal Investigations at Keithstrasse 30, in Berlin’s Tiergarten borough. The phone number is +49-30-4664-912444. Alternatively, any other police station can be contacted. Any clues can also be transmitted to the police via this German webpage.

The Berlin Police Department is looking for eleven missing persons right now, including Alan Curry and four children. They disappeared between 1993 and last week.