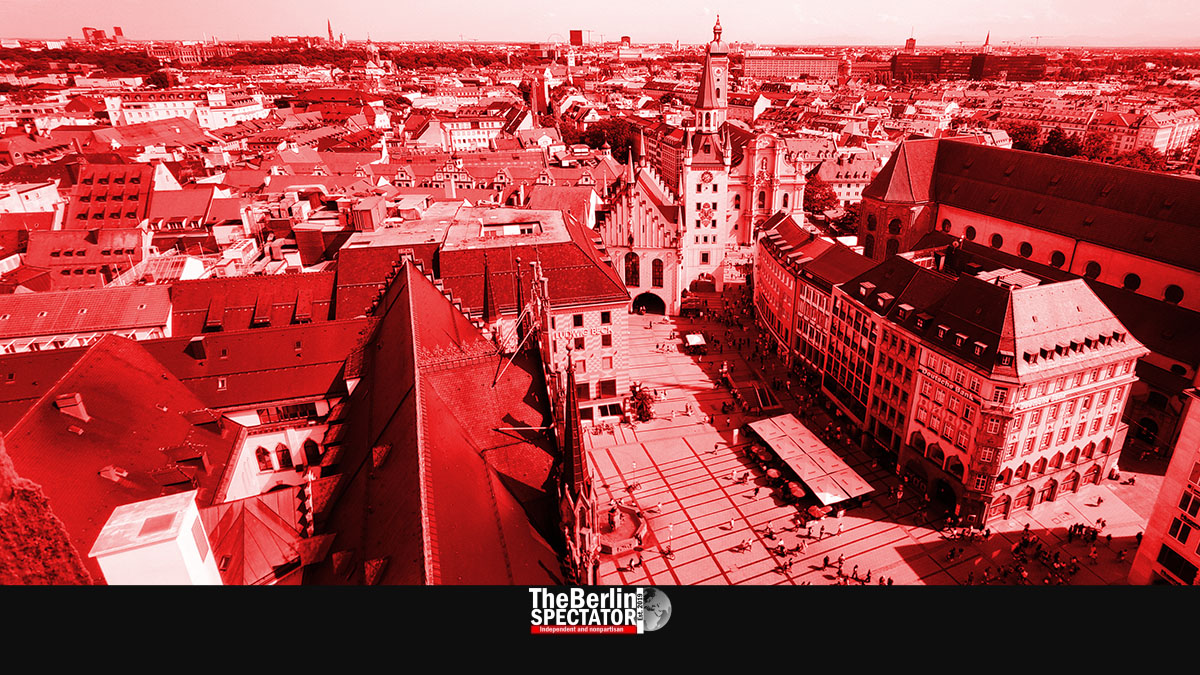 In Germany, the Corona situation was not supposed to get out of control ever again, when the vaccination campaign commenced. But it did, in spite of all efforts. Because Bavaria has extremely high infection numbers, the Munich government just announced radical measures.

Berlin, November 20th, 2021 (The Berlin Spectator) — The Robert Koch Institute just reported the second-highest number of new Coronavirus infections ever. Since yesterday, there have been 63,924 new cases in Germany. On Thursday, there had been more than 65,000 of them. Germany’s Seven Day Incidence rose to 362.2 from 340.7. In Bavaria, the situation is even more serious than in most other federal states, which is why the government in Munich is taking steps that are supposed to slow down the virus.

In Bavaria, all clubs, bars and discotheques have to close for three weeks, while all Christmas markets were cancelled. But kindergartens and schools will remain open. This is what First Minister Markus Söder announced. Cultural and sports events need to be downsized to a capacity of 25 percent, and only vaccinated and cured persons have access if they get tested. The Germans call this the ‘2G Plus rule’.

Bavaria has several counties with Seven Day Incidences that exceed 1,000. In these regions, all restaurants and cultural venues are being shut down as well. The same applies to sports facilities. All Bavarian doctors and vaccination centers are supposed to immunize as many people as they can. According to Söder, his state’s vaccination rate is very low. He said the Incidence among unvaccinated persons in Bavaria was 1,500 while that of vaccinated ones stood at 110. At a press conference, Söder stated mandatory vaccinations in some professions needed to be discussed in order to get out of what he called “the endless Corona loop”.

A few hundred miles further north-east, in Berlin, Professor Lothar Wieler, the President of the Robert Koch Institute, warned of a fifth Corona wave. In order to prevent it from hitting, Germany needed to act right now. Wieler stated vaccinations alone were not enough. There needed to be “harsh measures”, for both unvaccinated and vaccinated persons. Wieler made clear a reduction of contacts was necessary, while the vaccination capacities needed to be increased immediately. According to Professor Wieler, “the entire country is a giant Corona outbreak”.

In neighboring Austria, were the Incidence is extremely high, Chancellor Alexander Schallenberg announced a new lockdown. “We have to face reality”, he said in Vienna. Because of the influence of “radical anti-vaxxers”, too many Austrians had not gotten immunized against Corona. This was why there was a lot of suffering and overcrowded intensive care units. Starting on Monday, everyone in Austria will need valid reasons to leave their homes. “We do not want a fifth Corona wave. We do not want a six ands seventh one”, Schallenberg said.

Back in Germany, Thuringia has an Incidence of 600.7. Saxony has reached 793.7. It is the highest Incidence any federal state in Germany has ever reached. Two counties, Freyung-Grafenau in Bavaria and Sächsische Schweiz-Osterzgebirge in Saxony, exceeded 1,500. Fourteen additional counties in Germany are between 1,000 and 1,500. Half of all German counties are above 350.