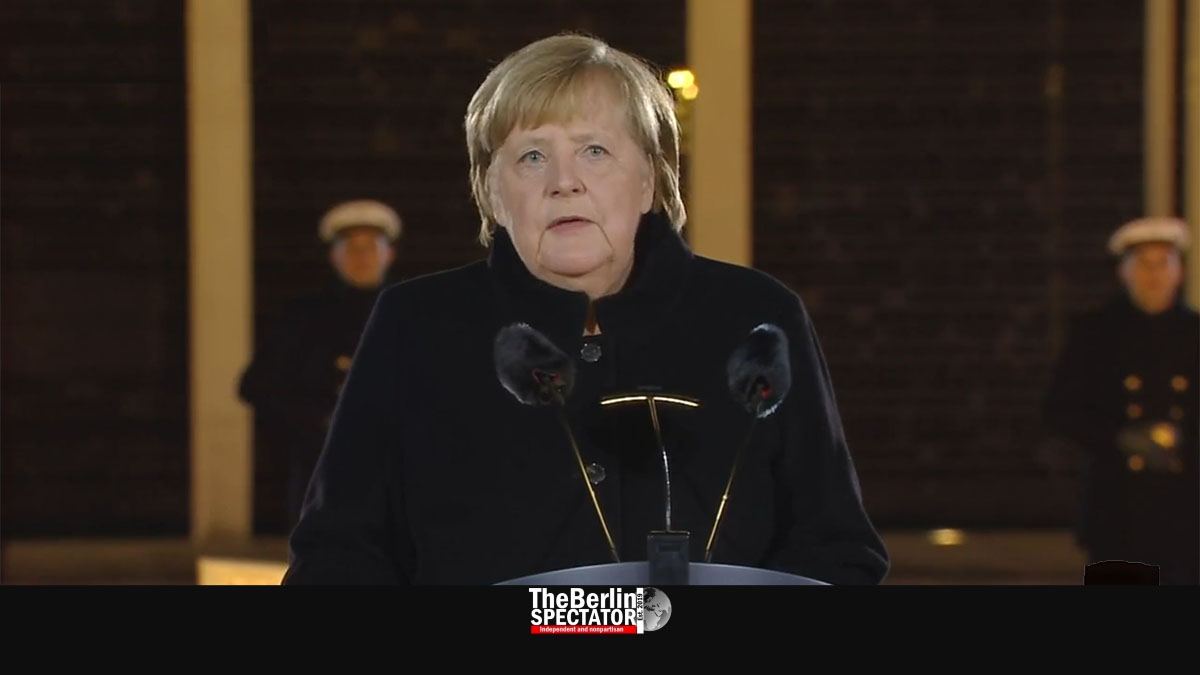 The Merkel era is over. Angela Merkel was honored by soldiers at a ceremony in front of Bendlerblock, a historic building in Berlin which houses the Ministry of Defense today. She thanked everyone and had some advice for the next government.

Berlin, December 2nd, 2021 (The Berlin Spectator) — On Thursday, which was one of her last days as acting Chancellor, Angela Merkel said she was thankful for the trust that had been put in her and added she felt humility in regard to the office she had held for so long.

Like no other times before, the two Corona years had shown the significance of trust in politics, science and public dialog, but also how vulnerable some of these aspects were. In democracy, dispute and self-correction were existential, the acting Chancellor stated. So were respect for each other and solidarity. Trust in facts was important as well. Where facts were denied and conspiracy theories were spread, there needed to be loud dissent. Where hatred and violence were considered legitimate, the tolerance shown by democrats needed to end.

Apart from the pandemic, Angela Merkel mentioned earlier crises, including the 2008 financial crisis and the refugee crisis that reached its peak in 2015. These moments had shown how important it was to be able to rely on international partnership. International institutions that had played their part in coping with those crises were indispensable. Without them, the “big challenges of our time” could not be met.

Now it was up to the next government to find answers to future challenges and “to shape our future”. Angela Merkel wished her likely successor Olaf Scholz all the best, luck and success. “I am convinced we will do a good job shaping our future if we do not fall into discontent, resentment and pessimism, but keep happiness in our hearts”. The Chancellor said this had been her approach all along.

Mrs. Merkel also thanked everyone who is directly involved in the fight against the pandemic, including doctors, nurses and other caretakers, vaccination teams and helpers. They deserved gratitude and recognition, she said.

Just like the late Helmut Kohl, Angela Merkel, who used to be his Environment Minister, was in office for 16 years. A few years ago, she dismissed rumors according to which she was seeking a leading role at the United Nations. In rare statements about her personal life, she has said she wanted to sleep longer, bake cake and read. She also likes hiking. In about a week from now, Olaf Scholz is supposed to be elected Chancellor by the Berlin Bundestag.