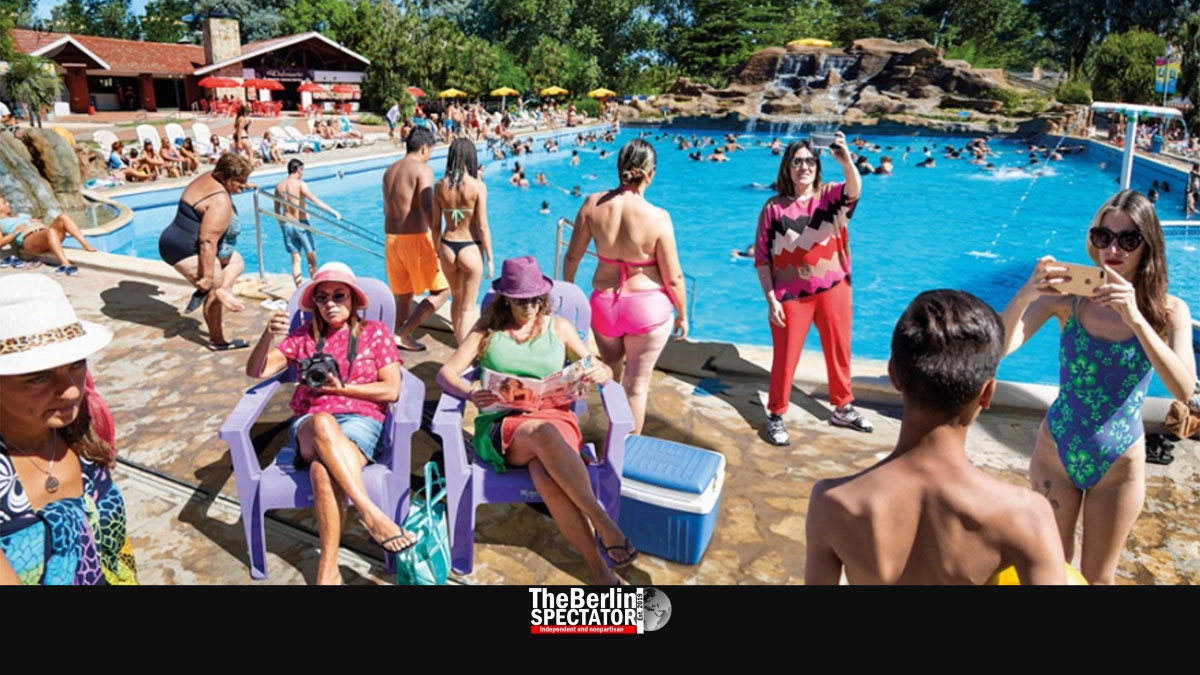 It is time for the eighth edition of ‘Invasion Berlin’. Usually, the festival takes place at movie theaters. Because of Corona, people can watch seven Argentinian masterpieces from their homes this time. The event commences on December 3rd, 2021.

Berlin, December 2nd, 2021 (The Berlin Spectator) — Supported by the Argentinian Embassy in Germany and several organizations, including the Spanish Instituto Cervantes, the annual ‘Invasion Berlin’ was introduced in 2013. Until 2019, the film festival presented movies at theaters in Berlin, Munich, Frankfurt, Wiesbaden, Karlsruhe and Buenos Aires. Because of the Coronavirus, an even larger number of cinema lovers now has access to brilliant motion pictures from Argentina.

From December 3rd to 12th, seven handpicked films can be watched from anywhere in Germany and from the country they were shot in. All of them are in Spanish, with German or English subtitles. One of the highlights is ‘López’ by Ulises Rosell, a 92-minute movie (see main photo above). With unmistakable humor, Marcos López has transformed Latin American photography since his emergence in the 1980s. Portraitist par excellence, he is in a constant neurotic process of changes and infinite changes, in this 2021 film.

‘Esquirlas’ by director Natalia Garayalde goes back to a terrible experience of hers in 1995, when she was 12 years old. On November 3rd of that year, the Rio Tercero Military Munitions Factory exploded. “Thousands of shells were fired against the city that had produced them”, she says. “I was 12 years old, and while I was trying to escape from the explosions, I recorded the devastation of my hometown with a video camera.” Some twenty years later, Natalia Garayalde found those tapes. They became the basis for ‘Esquirlas’ (‘Splinters’), which was completed in 2020.

‘Los niños de Dios’ (‘God’s Children’) is yet another interesting Argentinian motion picture that is part of the ‘Invasion Berlin’ program. Francisco and Sol were raised off the grid in a religious community called ‘The International Family’. In an attempt to liberate their voices and reconfigure the puzzle of subjectivity, the film recovers a disturbing past in their memories. Martin Farina is the director.

Another masterpiece in the festival program is ‘Vendrá la muerte y tendrá tus ojos’ (‘Death Will Come and it Shall Have Your Eyes’) by José Luis Torres Leiva. Two women that have shared a lifetime together find themselves facing the imminent illness of one of them. The sick woman decides against going through any treatment and they move to a small cottage in the woods to wait for death to come into their lives. Thus, they will take up again the love that time and routine had buried. Little by little, they fortify their relationship, while death awaits its moment outside the cottage.

On the ‘Berlin Invasion 2021’ website, these four and three more motion pictures can be “rented” and watched for 4 Euro a piece or for a package price of 15 Euro, from December 3rd to 12th.