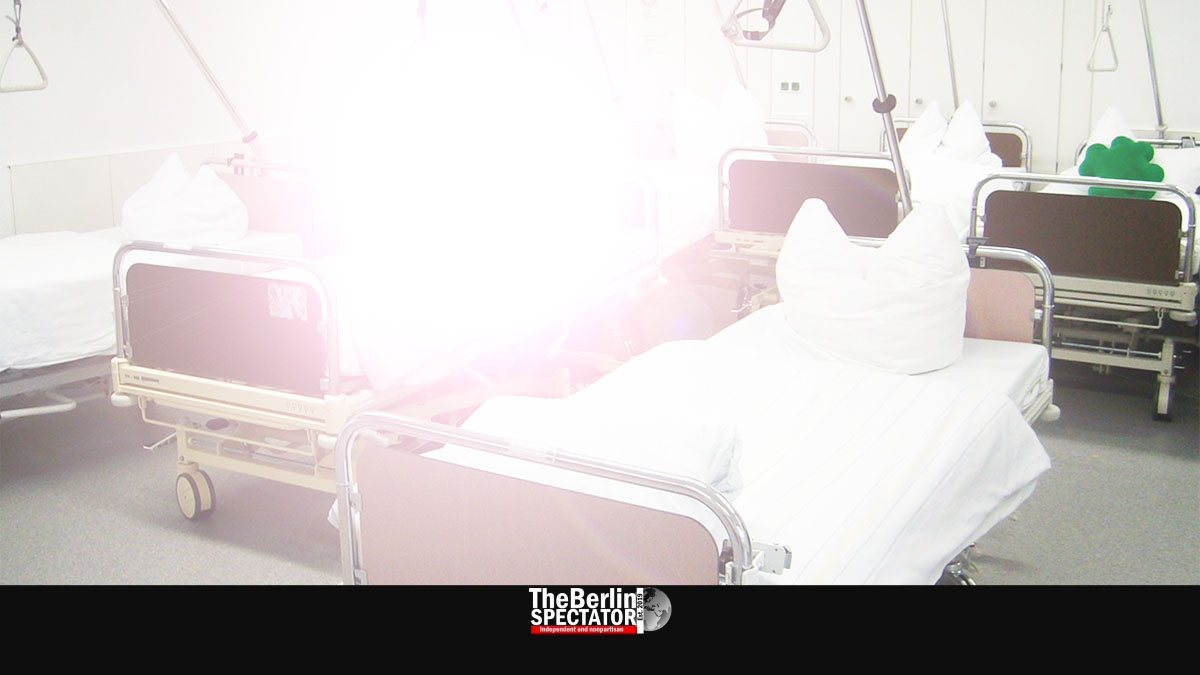 More than 500 COVID-19 patients died in Germany since yesterday. It is the highest number in several months. The Robert Koch Institute also reported 69,601 new Corona infections.

Berlin, December 8th, 2021 (The Berlin Spectator) — The situation in Germany continues to be serious. As many as 69,601 new Corona cases were reported since yesterday. It is one of the highest numbers since the Corona crisis began. Another alarming number is that of Corona-related deaths within 24 hours. Since Tuesday, 527 COVID-19 patients passed away. This number has not been higher since February 18th, when 534 infected persons died.

Today’s number of Corona deaths is sad and worrisome. At the same time, experts believe it would be a lot higher if there was no vaccination campaign. Germany’s vaccination rate has reached 69.1 by now, which is below the European Union average. In spite of the vaccinations, far too many people get infected. Many of them end up in hospitals and some in intensive care. The Hospitalization Incidence just increased to 5.79, which is a very high level. The number of COVID-19 patients in German ICUs is now 4,950. Some hospitals in Corona hotspots cannot accept Corona patients anymore. Some have been moved from state to state.

Germany’s most dangerous Corona hotspot is Meissen county (original spelling: Meißen) in Saxony. This region used to be known for the china that is being produced there. Now it stands for extremely high Corona numbers. Here, the local authorities report more than 1,000 new Corona infections per day, in spite of the fact that the county only has some 240,000 inhabitants. Since yesterday, the Seven Day Incidence for Meissen county jumped from 2,380 to 2,897.6 (no typo). This is the highest Incidence ever reported in any county in Germany.

There is a second county with an Incidence above 2,000. It is Hildburghausen in the south of Thuringia. According to the Robert Koch Institute (RKI), it stands at 2011.0 today. Twenty-four more counties in Germany have four-digit Incidences. Most of them are in Saxony, Saxony-Anhalt and Thuringia. Nordfriesland county in Lower Saxony is the county with the lowest Incidence of them all. But even this one has a level of 87.9, which is already high.

Because of the dangerous Corona situation, the rules are supposed to be enforced, including on Deutsche Bahn’s trains. Today, the state-owned company was going to increase its “3G checks”. Until now, security personnel was responsible for making sure passengers are either vaccinated or recovered from a Corona infection they had between 28 days and six months prior to their trip. If neither applies, passengers need a Corona test with a negative result. From now on, ticket inspector will perform those checks as well. Persons who do not adhere to these rules will be asked to leave the train at the next station, and they may have to pay fines of up to 2,500 Euro.

In the meantime, there has been a local Corona outbreak at a care home in Rudolstadt, a town in Thuringia. At least 28 inhabitants died of COVID-19 within a few days. Most of the deceased were not fully vaccinated. According to the local authorities, one third of all 140 inhabitants are not immunized.