Germany: Number of Omicron Infections on the Rise 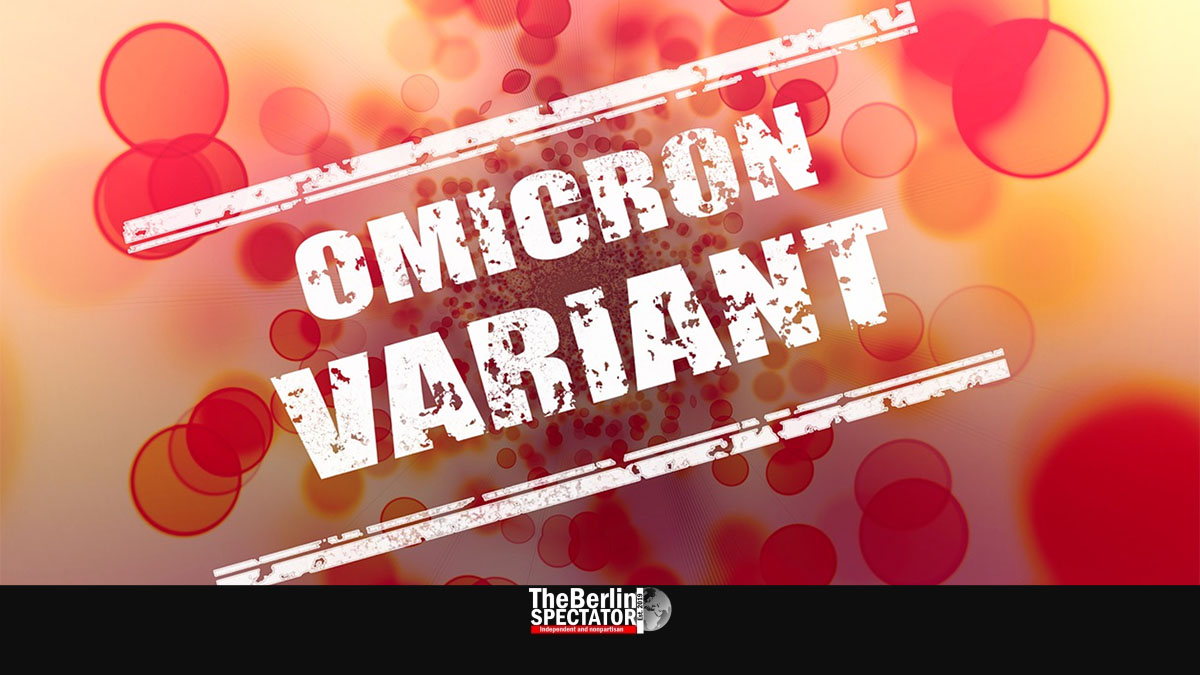 Omicron is hitting Europe. In several countries, it already is the dominating Corona mutation. In Germany, it may be a matter of days.

Berlin, December 29th, 2021 (The Berlin Spectator) — Europe has a serious problem called Omicron. Just before Christmas, the Danish government announced Omicron was the dominating Coronavirus variant in the country. Since, the infection numbers have exploded up there. On Tuesday, Denmark’s Seven Day Incidence was just below 1,700. No other Corona strain has pushed up the numbers as rapidly and as high as Omicron.

Tip of the Iceberg

In Germany, exactly 6,257 Omicron cases were confirmed last week. The week before, 2,904 Omicron cases were counted by the authorities. These official numbers are probably just the tip of the iceberg. Experts believe it is a matter of days until the Omicron infection numbers will explode. New contact restrictions which were put in place this week are supposed to slow down the Omicron wave as much as possible.

Over the Christmas weekend, the Coronavirus infection numbers decreased, but the Robert Koch Institute in Berlin keeps on saying an interpretation of the data at hand was difficult right now because of the ongoing vacations. Many doctor’s offices are closed, some health authorities and hospitals do not report their numbers right now. At the same time, infection numbers from some regions that were not reported during Christmas are coming in now.

Officially, Germany’s Seven Day Incidence dropped down to 205.5, which is still higher than it has been in any previous Corona wave. Since yesterday, 40,043 new Coronavirus cases were registered. It is the highest number since December 23rd. In the past 24 hours, 414 COVID-19 patients died.

In the meantime, Germany’s Federal Constitutional Court took a decision according to which the legislature needs to protect handicapped persons in case triage becomes necessary at hospitals. Otherwise there was a risk they could be discriminated in a situation in which doctors have to decide which patients can be treated. Hospitals in Germany could be confronted with circumstances of this kind if Omicron increases the infection numbers as far as expert fear it might. Germany’s new Justice Minister Marco Buschmann stated the government would come up with a draft law soon.