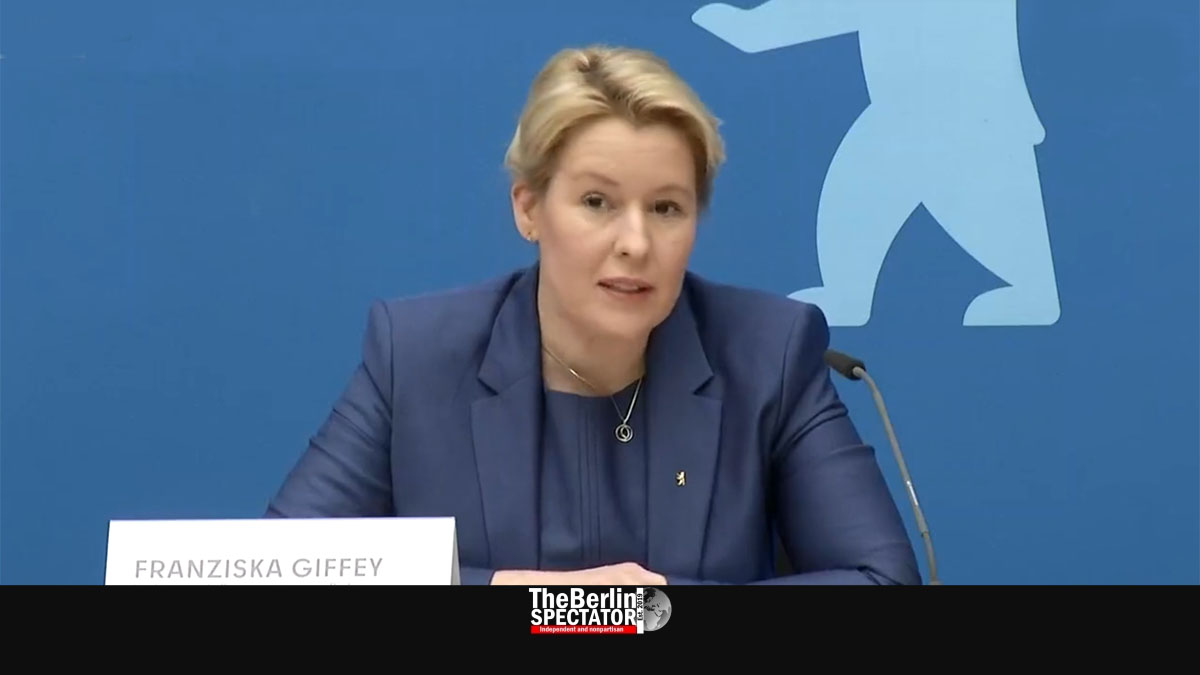 Berlin’s new Governing Mayor Franziska Giffey and the Senate decided to tighten the Corona rules in the German capital, which is being hit harder than ever. The new regulations will be put in place on Saturday.

Berlin, January 11th, 2022. Update: January 12th, 2022, 7:12 a.m. CET (The Berlin Spectator) — From January 15th, 2022, new Corona rules will apply in Berlin. The city state is one of Germany’s worst Corona hotspots (or Omicron hotspots) right now. The infection numbers are going through the roof, which is why the Berlin Senate decided to act quickly. Most rules Chancellor Olaf Scholz and the First Ministers had come up with at their Corona meeting last week were adopted. Some were adjusted to fit Germany’s largest city with some 3.8 million residents.

After today’s Senate meeting, Governing Mayor Franziska Giffey accurately stated the situation was “very, very serious, especially in Berlin”. The capital’s Seven Day Incidence is the second-highest in all of Germany. On Tuesday, it stood at 737.2. The Friedrichshain-Kreuzberg district was close to 1,000 and Neukölln exceeded 1,100. These are the highest levels ever registered in Berlin. Only Bremen looks even worse.

Because of the Omicron wave that hit several neighboring countries before it came to Germany, the alarming development is not really a big surprise, but nobody had predicted Berlin would become a hotspot again this quickly.

The Health Department sent out a statement after the Senate session on Tuesday. These rules will apply from Saturday, January 15th, once they were published in the city state’s official bulletin on Friday:

For now, these new rules, and the ones which are in place already, are supposed to apply until February 11th, 2022. The old regulations include contact restrictions and are still in place. Up to ten vaccinated or “boostered” persons may gather indoors or outdoors. As soon as one unvaccinated person is part of any gathering, the rule changes. In this case, members of one household may meet with up to two people from up to one more household.

The Senate also announced it was working on a new rule in regard to “lollipop Corona tests” at kindergartens. New quarantine regulations are supposed to be implemented too. But, before the Berlin Senate discusses those, Chancellor Scholz’ cabinet, the Bundestag and the Bundesrat will deal with them.