Germany Discusses Different Approaches in Regard to Mandatory Corona Vaccinations 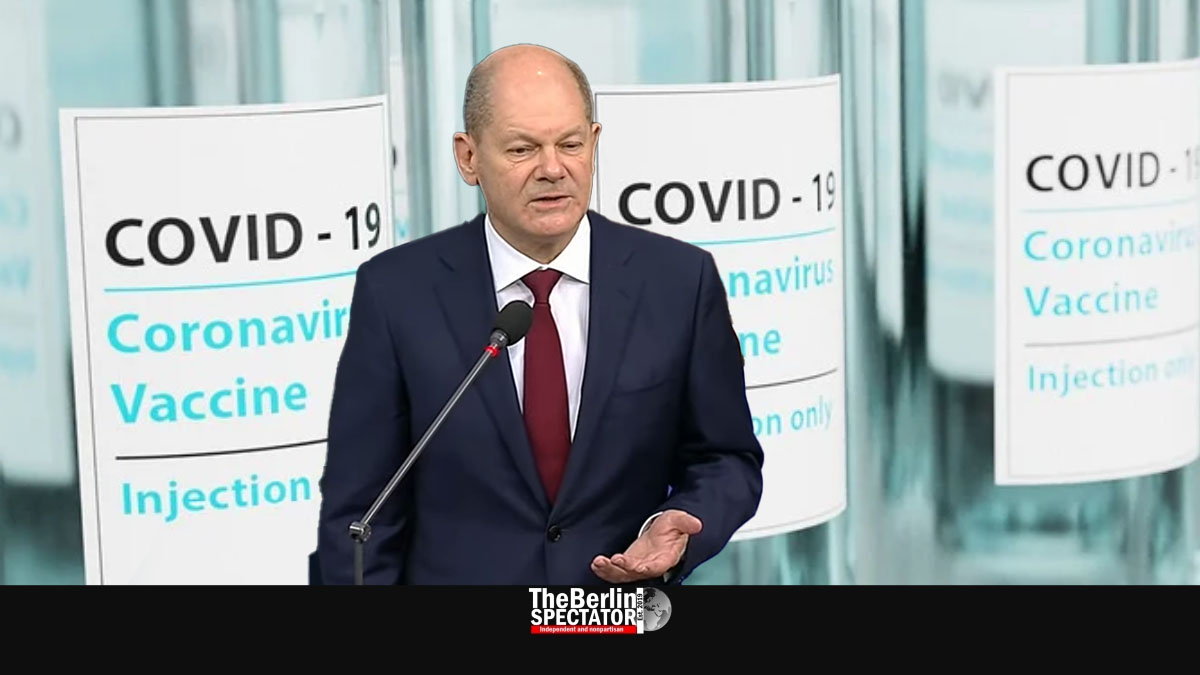 In the Federal Republic of Germany, a majority wants compulsory Corona vaccinations. The question is not so much whether they will be introduced, but how. Several possibilities are being discussed.

Berlin, January 13th, 2022 (The Berlin Spectator) — Germany’s new Chancellor Olaf Scholz made himself available for his first question and answer session at the Bundestag on Wednesday. He was asked about the economy and about the country’s energy policy too, but the main subject was Corona. Especially mandatory Corona vaccinations were discussed. Scholz said he supported them.

The Chancellor said Germany would see the kind of infection situation other countries were already in. Because of the rapid spread of the Coronavirus mutation called Omicron, he was in favor of compulsory immunizations, Scholz stated. He wants them to apply to all adults, meaning persons from 18 years of age. A Corona vaccination was not only a decision people were taking for themselves, but also for 80 million others. He was referring to the number of Germany’s inhabitants, which is about 83 million.

Within the government, there is a general consensus on the question of mandatory vaccinations. In one coalition party, the center-right FDP, some high-ranking members oppose the step. Scholz wants to implement a regulation of this kind until March. But, unless the Bundestag and the Bundesrat change their schedules, it could take until May. For now, the question is which approach the country should be taking.

In regard to mandatory vaccinations, several options are being discussed. One way to do it would be to introduce this measure for all adults, which is what Scholz wants. Karl Lauterbach has said he was working on a draft law “as an MP”. He is both Minister and a member of the Bundestag. There are proponents of this approach in several parties. The German Ethics Council supports it too.

The next possibility is to implement compulsory vaccinations for certain age groups. Some MPs, members of the FDP and the conservative CDU/CSU seem to favor this variant. Greece, Italy and Czechia already put in place mandatory immunizations for elderly people, meaning Germany would not be alone. There is yet another model which is being discussed, namely a temporary measure. According to the ‘Welt’ daily, some of the FDP’s MPs are working on a draft law based on this idea. Of course, there are those who reject any of these approaches.

Germany’s vaccination campaign is making headway. But, considering the situation, it should be accelerated more. By Thursday morning, the 716th day of the Corona crisis, 155.4 million doses of vaccine have been administered in Germany. The vaccination rate is now 72.2 percent. Before Christmas, up to 1.5 million vaccinations were administered per day. Now, there are 700,000 to 800,000 immunizations, on good days.