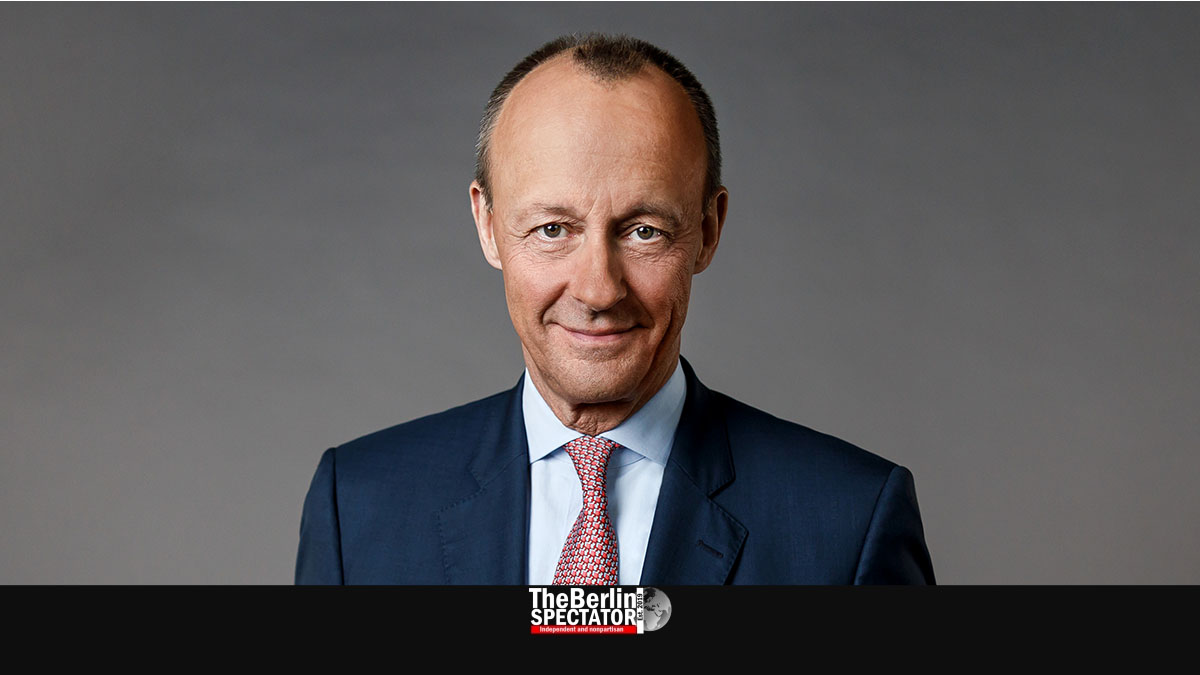 His third attempt was successful. Friedrich Merz, the CDU’s former floor leader at the Bundestag, is the party’s new chairman. At the ongoing party convention, he got almost 95 percent of the vote. Now, the German conservatives want a new beginning with an old leader.

Berlin, January 22nd, 2022 (The Berlin Spectator) — Friedrich Merz has changed the direction of his career twice. First he headed the conservative Christian-Democratic Union (CDU), Angela Merkel’s party, at the Bundestag. Then, he worked with Blackrock, an American investment management corporation, and became filthy rich. Then, in late 2018, he saw an opportunity to get back into politics and lead his party. The attempt failed.

Merz would not be Merz if giving up was his trademark. So, he gave it another shot, in January of 2021. He failed again. At one point, he said he would not go through this a third time. But he did, and won. In December of last year, some 248,000 of the CDU’s 400,000 members voted for the next party leader. Friedrich Merz got around 62 percent. Today, the party convention did not only confirm the will of a majority of the members, but gave him the kind of result democracies hardly ever register. Yes, 94.62 percent is an excellent outcome for him.

It is up to Merz to save the party a year after it had chosen the wrong candidate for Chancellor. Armin Laschet brought home the CDU’s worst result ever, on Super Sunday in September of last year. As a result, it became an opposition party again, for the first time since 2005. When he officially thanked Laschet today, Merz said the party had “lost together”. He was being polite because Laschet had taken responsibility for the catastrophic failure in his farewell speech. Now, the past is the past. And the future is the future. The new beginning with old personnel just commenced.

For obvious reasons, the CDU’s 1,001 delegates are taking part in the convention online. This is how they cast their votes as well, for Friedrich Merz and Mario Czaja, a prominent member from Berlin who now is the party’s new Secretary General. Five deputy chairpersons, two of whom are women, were elected. Germany’s conservatives chose a chairman from the 1990s. In its leadership, it also has the kind of gender balance that was common back then.

After his old foe Angela Merkel turned down a dinner invitation she received from Merz, he thanked the delegates. The CDU needed to be a strong opposition party on the federal level and win elections in the federal states, he stated. “We have not lost our self-confidence”, Merz told the delegates. “If we are open to discussions, and when we love to shape our country, a defeat can be a new beginning as well.” Friedrich Merz, Germany’s new opposition leader, also criticized Chancellor Olaf Scholz by saying he did not show the leadership he had promised.

As the savior of the CDU, Friedrich Merz will not have that much time to steer his private plane back and forth between his home in North Rhine-Westphalia and Brandenburg’s Schönhagen Airport. He has work to do. Four state elections are coming up this year, in Saarland, Schleswig-Holstein, North Rhine-Westphalia and Lower Saxony. Three of those states are being ruled by CDU members, and this is not supposed to change.