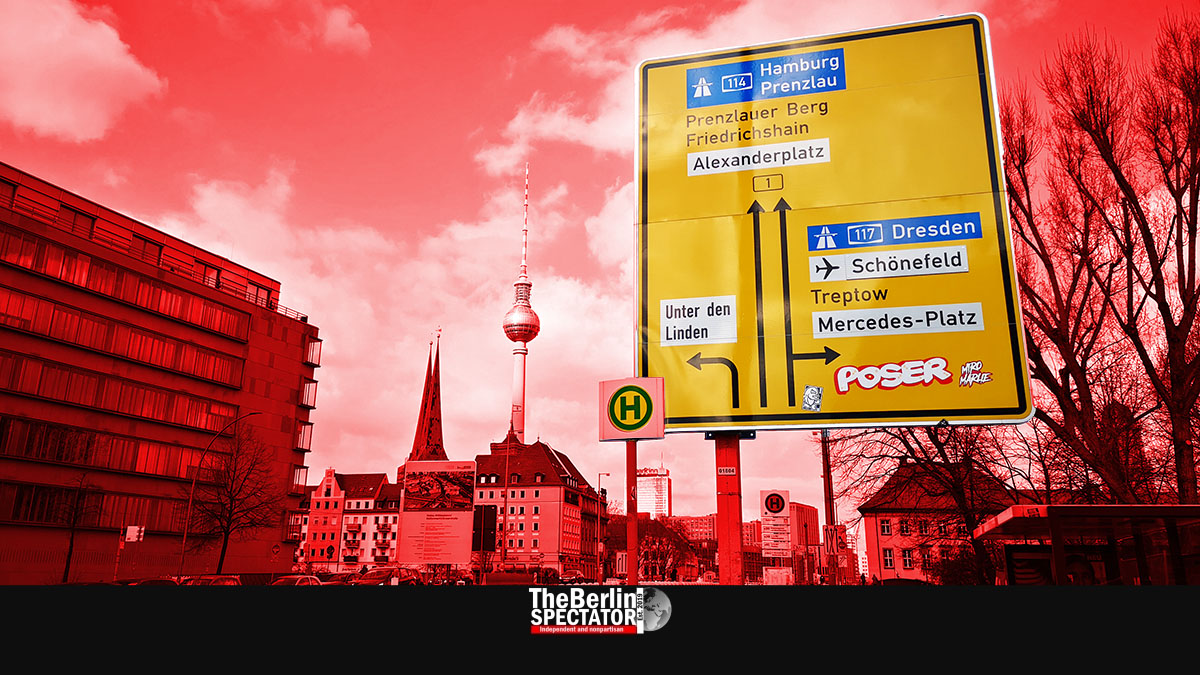 In Germany, the Corona infection numbers keep on rising substantially. For the first time, more than 160,000 new cases were registered within 24 hours. Where will it end? The Hospitalization Incidence is on the rise again as well.

Berlin, January 26th, 2022 (The Berlin Spectator) — Yet again, Germany’s Robert Koch Institute (RKI) released alarming data. Since yesterday, 164,000 new Coronavirus infections had to be added. The last record number, more than 140,000 new infections, had been registered on Friday. Germany’s Seven Day Incidence just rose to another all-time high as well. The new level is 940.6. When earlier Corona waves hit the Federal Republic, an Incidence of 150 was considered alarming. Now, it is more than six times as high.

Six out of sixteen federal states now have four-digit Incidences, one more than yesterday. Bavaria’s level is 1,068.0, Berlin, Germany’s Corona hotspot, stands at 1,795.5. For Brandenburg province, an Incidence of 1,261.6 was reported. Bremen has reached 1,581.5, Hamburg 1,250.3 and the state of Hesse 1,093.4. Four states, namely Mecklenburg- Hither Pomerania, North Rhine-Westphalia, Saarland and Schleswig-Holstein, are close to 1,000.

The RKI’s list of cities and counties includes Berlin’s districts, meaning they are being looked at separately. Now, six of them fill the first places. Berlin’s Mitte borough’s Incidence is above 3,000 now. Pankow, Tempelhof-Schöneberg, Friedrichshain-Kreuzberg, Neukölln and Spandau stand between 2,000 and 3,000. Other places in Germany with extremely high Seven Day Incidences include Wiesbaden, Bremerhaven, Potsdam, Munich, Solingen, Darmstadt, Offenbach, Bonn and Bremen. The list goes on and on.

Since the number of PCR tests Germany has available is limited, a comparatively small number of people is being tested with them. This means that the actual infection numbers might be a lot higher than the official ones. The Hospitalization Incidence, which just increased to 4.07, is accurate because Germany’s clinics count and report the actual number of Corona patients they have. Obviously, the development at the hospitals shows that the extremely high number of infections indeed nullifies the relatively mild disease progression the Omicron variant causes in most cases.

In Berlin, the Bundestag will start discussing compulsory Corona vaccinations today. The government had decided not to hand in its own draft law, but to wait for MPs to come up with proposals on this important subject. Twelve members were going to hold speeches on the matter on Wednesday. One of them is Health Minister Karl Lauterbach, who insists he will speak as an MP, rather than as a Minister. But he is still the same person. Two other members of his Social-Democratic Party are working on a proposal which includes mandatory immunizations for everyone from 18 years of age. Chancellor Olaf Scholz wants the new law to apply in late March.

The Omicron wave already has its effect on the critical infrastructure. In Berlin, the police and fire departments implemented their pandemic plans, and the public transport provider BVG puts less buses, trams and ‘U-Bahn’ trains in service. Now, Deutsche Bahn is affected by an increasing number of sick notes as well. According to a spokesperson who was quoted by several German-language media, the number of seats on DB’s trains was reduced by 3 percent on January 10th. Another reduction could be implemented soon. At this stage, the number of passengers on long-distance Intercity and ICE trains is about half of what it used to be before the pandemic hit.