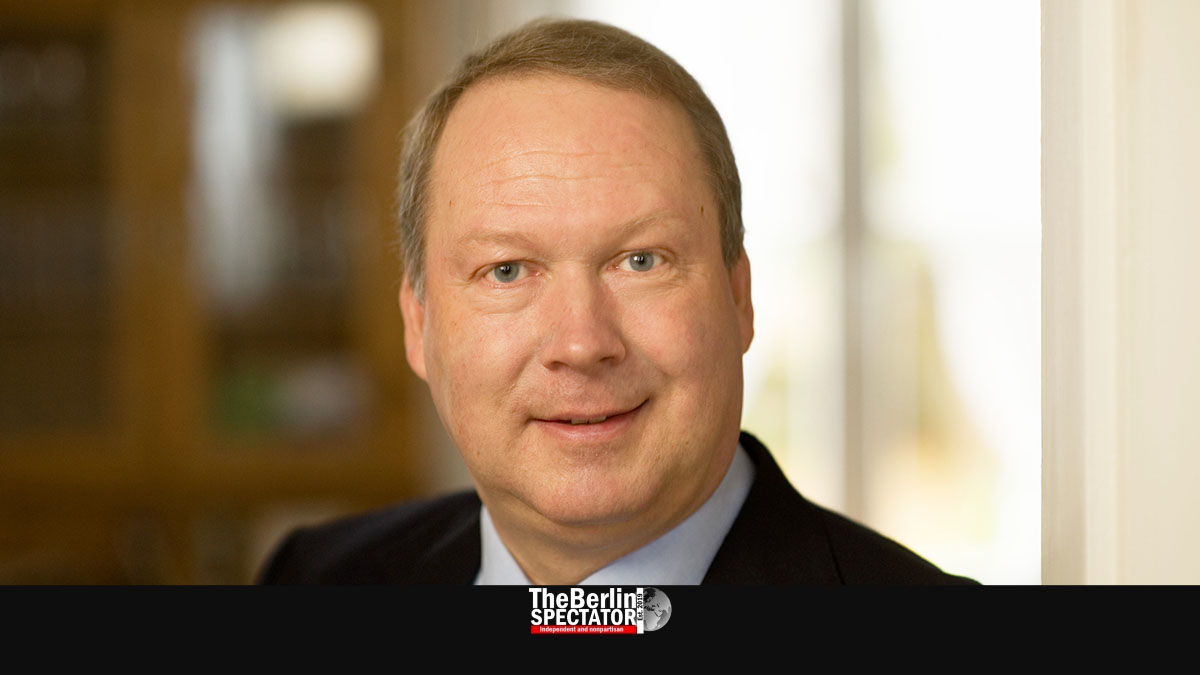 It is not the first time the German Christian Democrats have this kind of problem: The far-right AfD just managed to provoke them again, by nominating one of their members as candidate for Federal President. The main problem is that Max Otte actually accepted the nomination.

Berlin, January 26th, 2022 (The Berlin Spectator) — Max Otte is not just any CDU member. He leads the ultra-conservative ‘Werteunion’ (‘Union of Values’), a group within the party. “Entrepreneur, publicist, democrat” is what it says on his website. Otte studied at the American University in Washington D.C. and did his PhD in Princeton. He also had professorships at Boston University, in Austria and Germany. One thing is certain: Otte is not stupid. But he did get into trouble in his party.

Two Birds with One Stone

The extremist right-wing AfD has been trying to provoke democratic parties for years. Its MPs at the Bundestag keep on showing disrespect for the parliament and democracy itself, they reject measures designed to protect people from the dangerous Coronavirus, and, above all, they dislike migrants. The AfD’s success was built on xenophobia, according to its many critics. Recently, in early 2020, the AfD in Thuringia tricked CDU and FDP members into cooperating with them. The ‘Thuringia Scandal’, which did a lot of damage, was resolved, but it took too long.

This time, the AfD lured Max Otte into becoming its nominee for Federal President. Of course, the extremists know they do not stand a chance against the incumbent Frank-Walter Steinmeier. Still, they killed two birds with one stone: With their latest stunt, they managed to assert themselves and to take revenge on the CDU, which does not want to cooperate with the AfD in any way. By accepting the nomination, Max Otte extended the damage.

The CDU, former Chancellor Angela Merkel’s party, just stripped him of all membership rights. In addition, it launched a procedure that is supposed to lead to Otte’s exclusion. Ralph Brinkhaus, the CDU’s floor leader at the Bundestag, said Max Otte’s behavior was a boundary crossing which could not be tolerated. Its only purpose had been to harm the party. The CDU’s departing Secretary General Paul Ziemiak stated the game the AfD was playing and the way Max Otte had participated showed a lack of respect for the office of the Federal President as well as the democratic, parliamentary order.

Otte broke two of the CDU’s decisions and rules: The party generally does not cooperate with the extremist AfD. Secondly, it already decided to support Frank-Walter Steinmeier. The Christian Democrats want him to get a second term, which he will, in spite of the fact that the far-left ‘Die Linke’ announced its own candidate for the job as well. By taking part in an official event with the AfD’s heroes Alice Weidel and Tino Chrupalla, he did even more damage.

Otte Does Not See Provocation

Max Otte himself either does not see or does not want to see the problems his behavior caused. At the AfD’s event, he stated this was about an office that was “above all parties”. To him, the nomination was not a provocation. He was serious about the candidacy. The AfD’s party chairman Chrupalla said now there was “an alternative to the two left-wing candidates for the office of Federal President.” From the perspective of right-wing extremists, everyone is a left-winger, even conservatives, except for Max Otte.