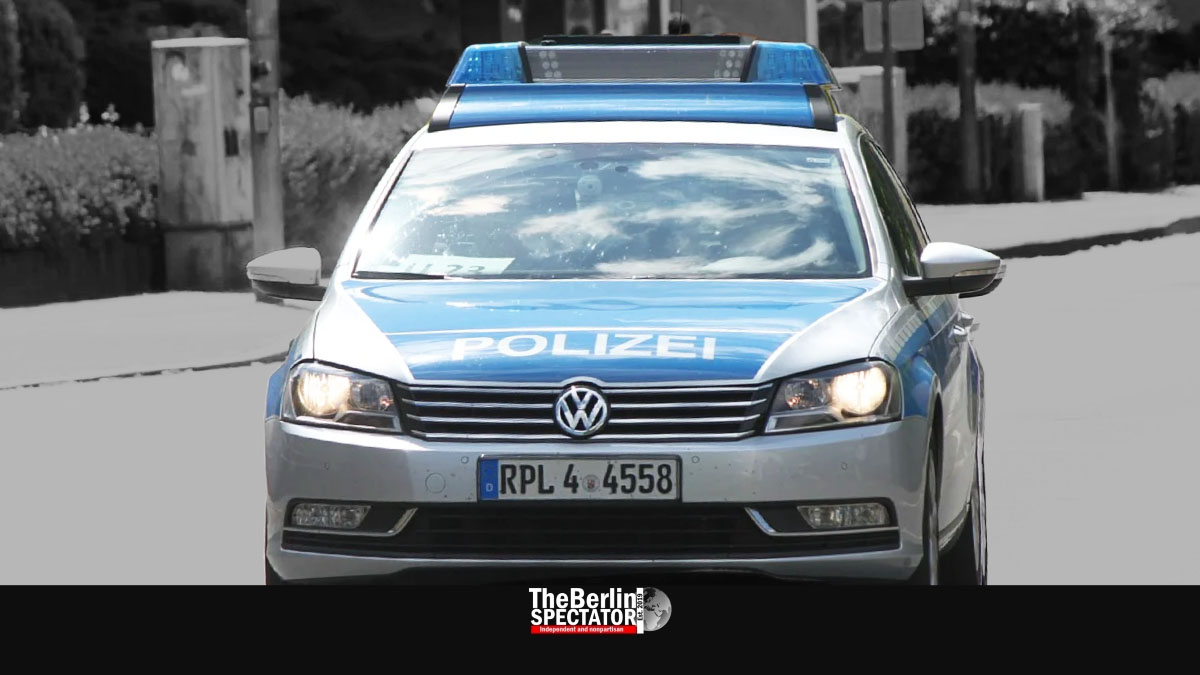 In Saarland, the police just arrested two suspects in the murder of two police officers in nearby Rhineland-Palatinate. According to German-language media, the men are 38 and 32 years old. They are being accused of having shot the cops in the early morning hours.

Berlin, January 31st, 2022 (The Berlin Spectator) — Two suspected cop killers were on the run in Germany. On Monday morning at 4:20 a.m., the culprits likely shot a 24-year-old female police officer and her 29-year-old colleague on a highway in Rhineland-Palatinate, close to the town of Kusel. Before it happened, the cops had informed their colleagues about a car with a dead deer in the trunk the driver of which they were going to check. Then, shortly after, they reported they were being shot at.

When their colleagues arrived, the woman reportedly was dead already. Medics who arrived at the crime scene could not save the male cop either. He died shortly after his colleague. In Germany, murders of police men and police women do happen, but not nearly as often as they do in other parts of the world. Two officers in Germany were killed on duty in 2020. There were no cop murders in 2021, 2019 or 2018. In 2017, two police men were run over by a murder suspect. One cop was shot to death in 2016 and one was killed by stabbing in 2015.

Today’s double murder shocked Germany, including the federal government. Interior Minister Nancy Faser said the crime looked like an execution. It showed that police officers were risking their lives every day “for our safety”. Malu Dreyer, the First Minister of Rhineland-Palatinate, said her thoughts were with the victims’ next of kin. All flags in the federal state were supposed to be set to half-staff.

In the region around Kusel, the authorities told motorists not to give rides to hitchhikers before the suspects were apprehended. According to a spokeslady for the police, hints from residents were coming in. District road 22, where the crime was committed, was blocked to all traffic. Forensics experts were on site for many hours.

According to several media reports, the male victim used his gun before he was shot, while the female officer did not. She may not have had the time to react before she was killed. The main suspect reportedly owns a bakery and sells deer. On Monday evening, there did not seem to be information about his whereabouts, or it was not communicated because of the ongoing hunt for him.

The Police Department Westpfalz published a photo of the wanted man. His name is Andreas Johannes Schmitt, he is slim, has brown hair and wears a beard. He and his accomplice are being interrogated. There is no information about the motive.