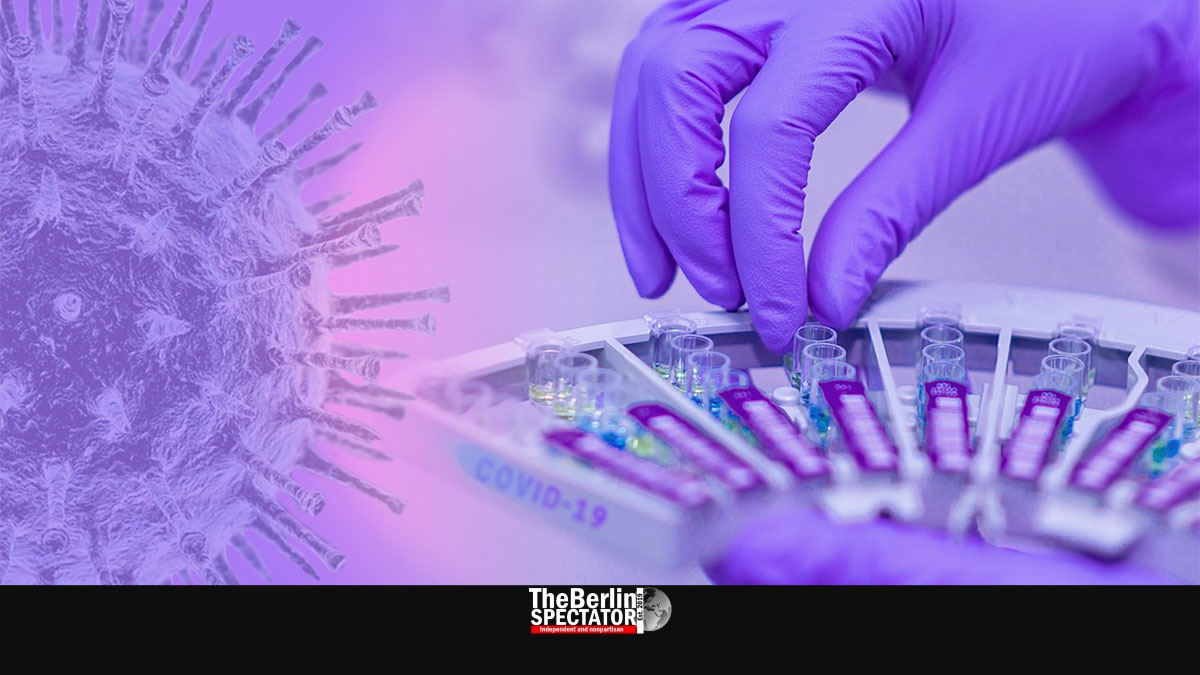 A ‘mutation of the mutation’ could extend the ongoing Omicron wave by weeks. According to a study, the Omicron variant BA.2 is twice as contagious as the version that is dominating Germany right now, where one million persons were infected with Corona in the past week.

Berlin, February 1st, 2022 (The Berlin Spectator) — Learning the Greek alphabet has been easy during the first two years of the Coronavirus pandemic. First there was Alpha, then Beta, and then Delta. But, what about Gamma? Besides, between Delta and Omicron, exactly ten letters were skipped. The scientists who are busy figuring it all out might know why. They also know why the ongoing Omicron wave might take longer than anticipated.

A new Danish study comes to the conclusion that an Omicron ‘subtype’ named BA.2 is more than twice as contagious as the type BA.1, which has been spreading in Germany and many other countries for weeks. Virologists are just beginning to look into the study, but there are those who already see a danger. It looks like BA.2 could prolong the ongoing Corona wave and postpone an easing of restrictions.

According to the study, the risk of infection is very high. This applies to the unvaccinated, but also persons who were immunized twice and even those who got their booster shots. On the other hand, the latter two groups are less likely to spread the BA.2 once they are infected. The message has already reached German politicians.

For the Green party, health expert Janosch Dahmen told the newspapers published by ‘Funke Mediengruppe’, an easing of the Corona rules in the next four weeks was unlikely, also because of the Omicron variant BA.2. “There is a possibility the trend reversal could be delayed by several weeks”, Dahmen stated in the interview.

But the country in which the study on BA.2 was released, Denmark, is dumping most Corona restrictions today. Danish citizens and residents of other nationalities do not need to show vaccination certificates anymore, they are not required to wear masks, and restaurants may now open for as long as their owners want to. Only Denmark’s entry rules are supposed to apply four more weeks, until March 1st.

Another one of Germany’s nine neighbors, Austria, is easing restrictions too. The government in Vienna announced restaurants would be allowed to open until midnight from February 5th. So far, they have to close at 10:00 p.m.. From February 12th, everyone, including unvaccinated persons, will have the right to enter all shops. And from February 19th, unvaccinated individuals may enter restaurants and pubs again as long as they get tested beforehand. At the same time, mandatory vaccinations apply in Austria.

Germany is more careful in regard to opening steps, also because of its high number of unvaccinated persons above 60 years of age. In the Federal Republic, some high-ranking politicians, including the Bavarian Governor Markus Söder, want to start lifting Corona rules soon. But the new Omicron variant could change their point of view.

A Million a Week

Germany registered 162,613 new Corona infections since yesterday. The Seven Day Incidence just surpassed the 1,200 mark for the first time ever. In the past seven days, more than 1 million Germans and residents of other nationalities got infected with Corona. The total number of Corona infections in Germany since the pandemic commenced in early 2020 will likely reach 10 million tomorrow. This also means that one tenth of all Corona cases were registered in the past week.