Germany: Will the Corona Restrictions be Eased in March? 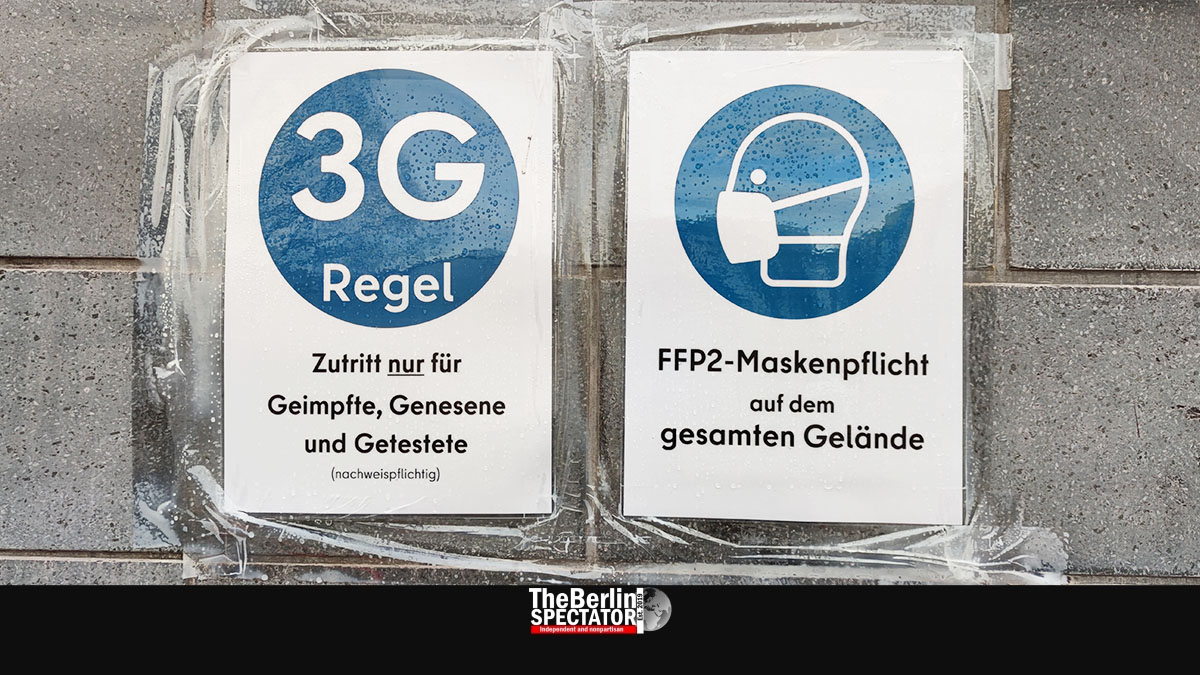 Yet again, Germany just registered the highest Corona infection numbers of all time. For that reason, this might not be the moment for lifting Corona regulations. Some politicians want it to happen later this month, others in March or April.

Berlin, February 2nd, 2022 (The Berlin Spectator) — On January 19th, the Robert Koch Institute (RKI) in Berlin released a number that was unbelievable. Even though a sharp increase of new Corona infections per day had been expected, looking at a six-digit number, 112,323, was shocking. It took only eight days until the next incredible number popped up. On January 27th, more than 203,000 Corona cases were added to the statistics.

Today, another six days later, there are two new all-time highs. The number of new Coronavirus infections in the past 24 hours is 208,498. Germany’s Seven Day Incidence now stands at 1,227.5. Recently, the RKI had said the Omicron wave could lead to 400,000 infections per day. The fact that this scenario has not become reality, at least for now, might be a good sign. Also, less Corona patients, 2,257 of them, are in intensive care today. On the other hand, the number of Corona-related deaths seems to be increasing again. There were 196 since yesterday.

All in all, the situation in Germany does not really warrant an easing of Corona restrictions. There are politicians, including the Bavarian Governor Markus Söder, who want to lift some of them this month, if the situation improves. But, some of their colleagues, including Baden-Württemberg’s head of government Winfried Kretschmann, do not concur. He said there could not be debates about “exit strategies” before Easter, which will be observed in mid-April.

Marco Buschmann, Germany’s new Minister of Justice, wants to get there a bit sooner. As he just told the ‘Rheinische Post’ daily, he is hoping the country will be able to “retract protective measures” in March. This could be possible if the infection numbers would indeed decrease in mid-February, as predicted by the RKI, he stated, and if there was no new Corona variant which would change the situation.

Buschmann mentioned the regulations that apply in non-essential shops. To his opinion, those need to be looked into. In this regard, the situation in Germany is chaotic. In some federal states, only vaccinated and recovered persons may enter most stores. In others, courts have sacked the regulation which was supposed to apply in all of Germany. But, according to Buschmann, the chaos has one advantage: Soon, experts will be in the position to compare the numbers in states with different regulations and establish whether ‘2G rules’ (German abbreviation for “geimpft oder genesen”, vaccinated or recovered) in shops actually make a difference.

In the meantime, a new “subtype” of the Omicron mutation gives experts headaches. According to a Danish study, BA.2 is far more contagious that the first variant BA.1. The World Health Organization says the new “subtype” had spread to 57 countries so far. In some of them, it had already become the dominating variant.