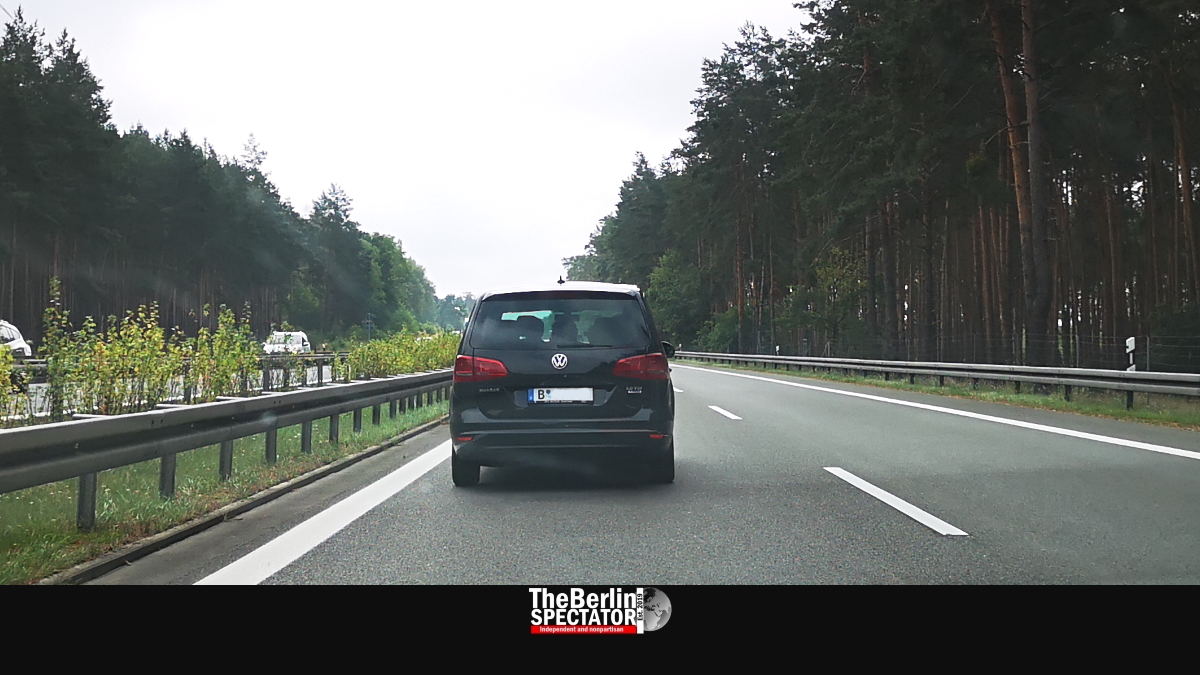 Berliners are great people. Most of us are kind, smart, helpful and gifted. Unfortunately, there is something else we Berliners seem to have in common: We are terrible drivers.

Berlin, February 3rd, 2020. Update: February 3rd, 2022 (The Berlin Spectator) — Have you noticed? These people who never leave the left lane on the Autobahn are always Berliners. They can have 8 kilometers (5 miles) of room on the right lane, where they are supposed to be, but they won’t let you overtake them. It’s not because they would mind if anyone overtook them. The problem is that they do not have the faintest clue about driving.

Have you noticed anything else? The driver who does not leave enough room for approaching traffic in narrow streets, the one who almost crashes into you while making a right turn because he feels the inner urge to take that wide berth to the left first, is always a Berliner. Who is the contemporary who always forgets to turn off his high beam headlights, even in the city? A Berliner. It’s always the Berliners. It’s us.

The problem is that West Berliners never had the opportunity to learn how to drive, because they would be stopped by a big fat wall every few meters. And East Berliners were forced to drive shoe boxes with wheels which they actually called cars.

Most younger Berliners, especially the gluten-free vegan ones, do not own cars but rent one once in a while, when they transport those big loudspeakers for the next protest against cars in the city. Because they drove their parents’ car all the way around the block once, in 2014, they believe they are true driving masters.

By the way: Berlin’s lady drivers seem to be doing quite well, in comparison. Congrats, girls!

Are there even worse drivers than Berliners? Actually, yes. They are those Brandenburgers whose number plates have three-letter location codes, including BAR, BRB, HVL, LDS and OHV.