Germany’s Issues with Russia are Piling Up 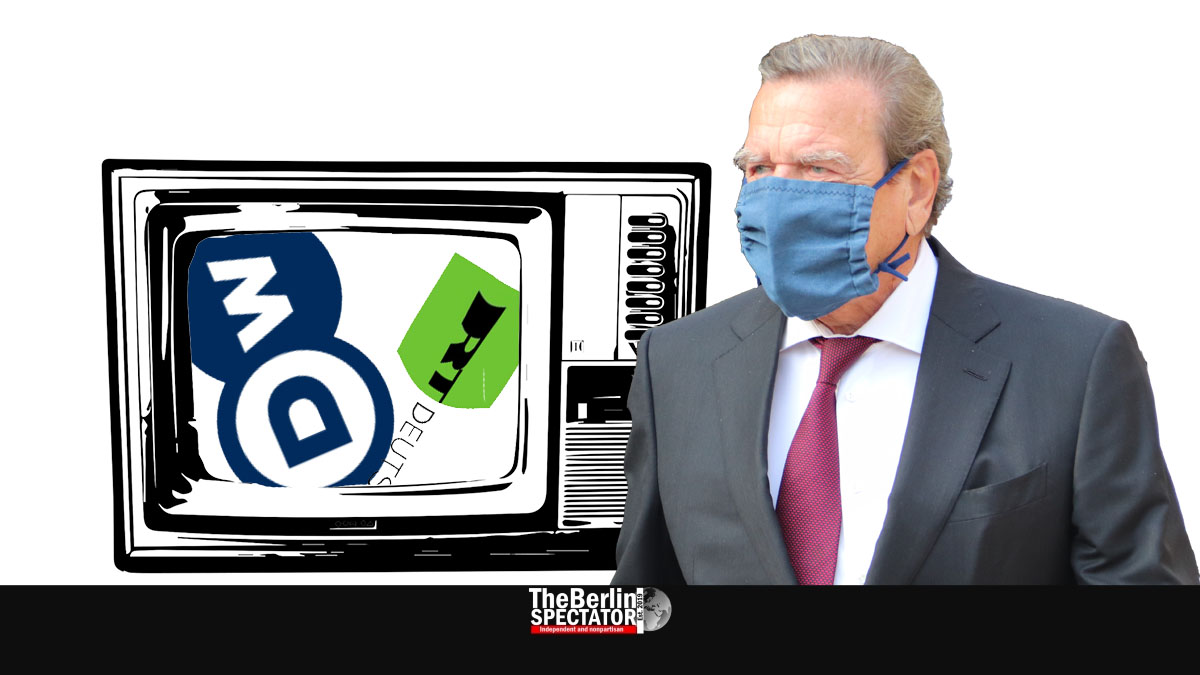 Germany is part of the international effort to resolve the crisis caused by Russia’s enormous military buildup along Ukraine’s borders. Since there are more and more related problems, the Berlin government might want to start numbering them.

Berlin, February 4th, 2022 (The Berlin Spectator) — At the Pentagon in Arlington (Virginia), a spokesman just accused Russia of being in the process of producing a fake video which included an invented Ukrainian attack on Russia, as a pretext for war. Whatever this approach may remind Germans of, one thing is certain: Nobody is surprised Moscow resorts to cheap propaganda. But the problems it may create could be huge.

Even before Moscow massed soldiers and tanks along its borders with Ukraine for the second time since 2014, there were issues. One of them was, and still is, the Tiergarten murder case. The next issue was North Stream II, since the German-Russian pipeline project led to arguments with the Americans and within Berlin. This debate was not only fought out between party lines. For instance, former Chancellor Angela Merkel wanted North Stream II to be put into service, no matter what her friends in the District of Columbia said. Other German conservatives were not so sure. Now, in this volatile situation, North Stream II is a figure on the chess board.

This leads us to the next problem especially the main government party, the center-left SPD, is confronted with. Earlier this week, Chancellor Olaf Scholz, a Social Democrat, was asked why two of the SPD’s Chancellors were sending out very different messages on Russia. Scholz told ARD television there was one Chancellor only. This is a matter of definition.

Today’s Chancellor Scholz keeps on condemning Russia’s dangerous military provocation and says if Moscow attacked Ukraine again, it would “have to pay a very high price”. He has repeated this sentence dozens of times in front of countless TV cameras. At the same time, he and his Foreign Minister Annalena Baerbock of the Greens keep on stressing there only was a diplomatic solution to the crisis. This is the next problem, which we will get to later. The second Chancellor the interviewer meant is Gerhard Schröder, one of Scholz’ predecessors.

Schröder, who headed a ‘red-green coalition’ from 1998 to 2005, is Vladimir Putin’s friend, and chairman of the supervisory boards at Nord Stream AG, the company behind North Stream II, and Rosneft, a Russian natural gas cooperation. The fact that a former Chancellor works for those companies and always sides with Moscow has been an issue before. Now, Gerhard Schröder is being accused of undermining the SPD’s efforts to resolve the Ukraine crisis, by spreading Russian propaganda about “saber-rattling” Ukraine was responsible for.

Germany’s insistence on a diplomatic solution is another aspect that is being criticized. Of course, the Berlin government’s hopes for the prevention of another war are honorable. On the other hand, ruling out non-diplomatic approaches probably made the entire Kremlin laugh. The same applies to Germany’s announcement according to which it will send 5,000 soldier’s helmets to Kiev. There are even Green politicians who believe the Federal Republic should look into sending weapons instead, or at least not rule it out.

No, Berlin is not running out of problems connected to Ukraine and Russia. Apart from Corona, this is the issue the new government in Berlin has been dealing with most. ZAK, the authority responsible for media, banned RT Deutsch TV, the German version of Putin’s propaganda channel RT, from broadcasting in Germany because it does not have a license. RT invokes a permission it got in Belgrade. But Serbia is neither part of the European Union nor does it have any say in regard to broadcasting rights for TV programs in Germany.

It did not take long until Russia reacted by announcing it would close down the office of Deutsche Welle (DW), Germany’s international channel, in Moscow. There is a difference like day and night: Deutsche Welle has a valid license. At least it did. Also, it is an independent channel, as opposed to RT, which is being controlled by the Kremlin. Peter Limbourg, DW’s Director, said Moscow was overreacting. He vowed to intensify the reporting in spite of the decision.

Of course, Moscow sees the whole thing in a different light. Even though the Berlin government is not behind the decision to shut down RT Deutsch TV, Putin’s spokesman Dmitri Peskov said Germany had attacked freedom of speech. Russia’s Foreign Ministry even wants to make sure DW will be declared a “foreign agent”.

The way Russia is distorting the facts is embarrassing, but also dangerous. Earlier this week, Moscow’s Ambassador to Germany Sergey Netchayev told n-tv NATO was “vigorously trying to open up Ukraine militarily and technically”.

Victim blaming and the kind of propaganda the Russians rehearsed during the Cold War are the strategy Putin’s Russia has chosen to justify its military buildup. Instead of trying to find some kind of a face-saving solution and finally deescalating the situation, the autocrat in the Kreml seems to be enjoying his dangerous game and the worldwide attention it gives him.

Berlin: Changes to the Corona Rules Apply from Today