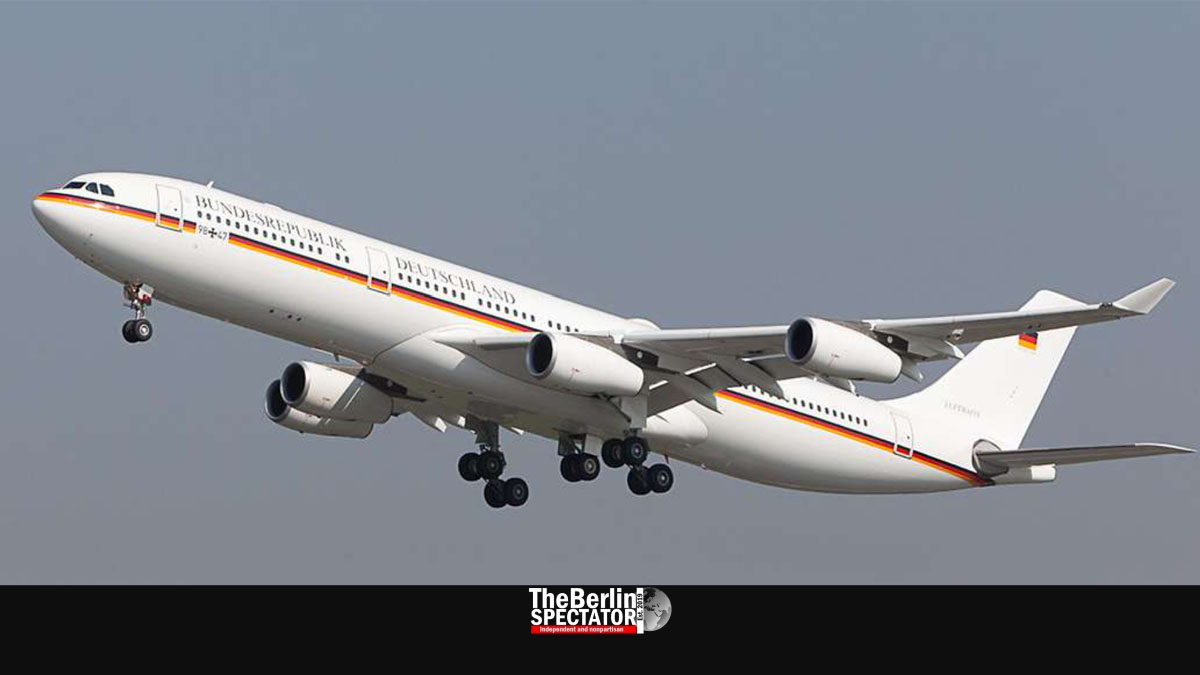 Olaf Scholz will be meeting U.S. President Joe Biden at the White House on Monday. This visit is the start of two weeks of intensive diplomacy the Chancellor will be involved in. The goal is to prevent Russia from invading Ukraine again.

On a rainy Sunday afternoon, a giant Airbus the livery of which contains the German flag and the words ‘Bundesrepublik Deutschland’ (Federal Republic of Germany) took off from BER Airport in Schönefeld, a town in Brandenburg located just outside Berlin. The aircraft headed towards Great Britain in order to hit the North Atlantic Route on the way to Washington D.C..

The most prominent passenger is Olaf Scholz who has been Chancellor for two months. Just before he took office, he met President Joe Biden with Angela Merkel. This time, Scholz is head of government. ‘Bild am Sonntag’, an important Sunday paper in Germany, quoted Fredrich Merz, the new chairman of the CDU, who expressed harsh criticism. He said Scholz’s trip to America was taking place too late.

Just before boarding the A340, the Chancellor himself rejected the verbal attack from the conservative opposition party. This trip to the United States came at exactly the right time, Scholz said in an interview with the news broadcast ‘Bericht aus Berlin’ on ARD television. His meeting with Biden at the White House marks the beginning of at least two weeks of intensive diplomacy.

At the Oval Office, the situation at the Russian-Ukrainian border will be discussed along with big questions: Is President Vladimir Putin bluffing or will he order another invasion? What exactly will happen if he does? How could the Russians be pressured into deescalating the situation?

Because of Germany’s refusal to send weapons to Ukraine, several German media say the Americans were not sure whether they could rely on Berlin. In the ARD interview, Scholz dismissed these reports. He said the United States knew exactly what Germany’s role was in the Ukraine crisis. All steps were being reconciled with the Europeans, NATO and the U.S.. Besides, Germany was contributing the largest part of NATO’s European contingent of soldiers, and it was the country which had provided the biggest amount of financial aid to Ukraine since 2014. Back then, Russia invaded the country for the first time.

Pipeline on the Line

The criticism from America some German media are citing came from Senator Jim Risch from Idaho who was quoted as saying Germany needed reconsider its position on sending weapons to Ukraine. Risch is obviously not part of the Biden administration.

Of course there are aspects the U.S. government has been complaining about. Those include the North Stream 2 natural gas pipeline, a German-Russian project which has been completed. So far, the pipeline is not in service, mainly because of Russia’s dangerous provocations. Scholz has not said so directly, but hinted the North Stream 2 project could be dumped if Russia invades Ukraine again. Both Washington and Berlin want to keep Putin from attacking by making clear he would have to pay a high price if he did.

A week after his return, Olaf Scholz is scheduled to travel to both Kiev and Moscow, where he will obviously meet with Putin. Next week, the Chancellor also intends to discuss the crisis with the heads of government from the Baltic states. On top of it all, two Presidents will be showing up in Berlin, namely Emmanuel Macron from France and his Polish colleague Andrzej Duda. All meetings and visits are mainly about Ukraine. It remains to be seen whether a de-escalation can be achieved.