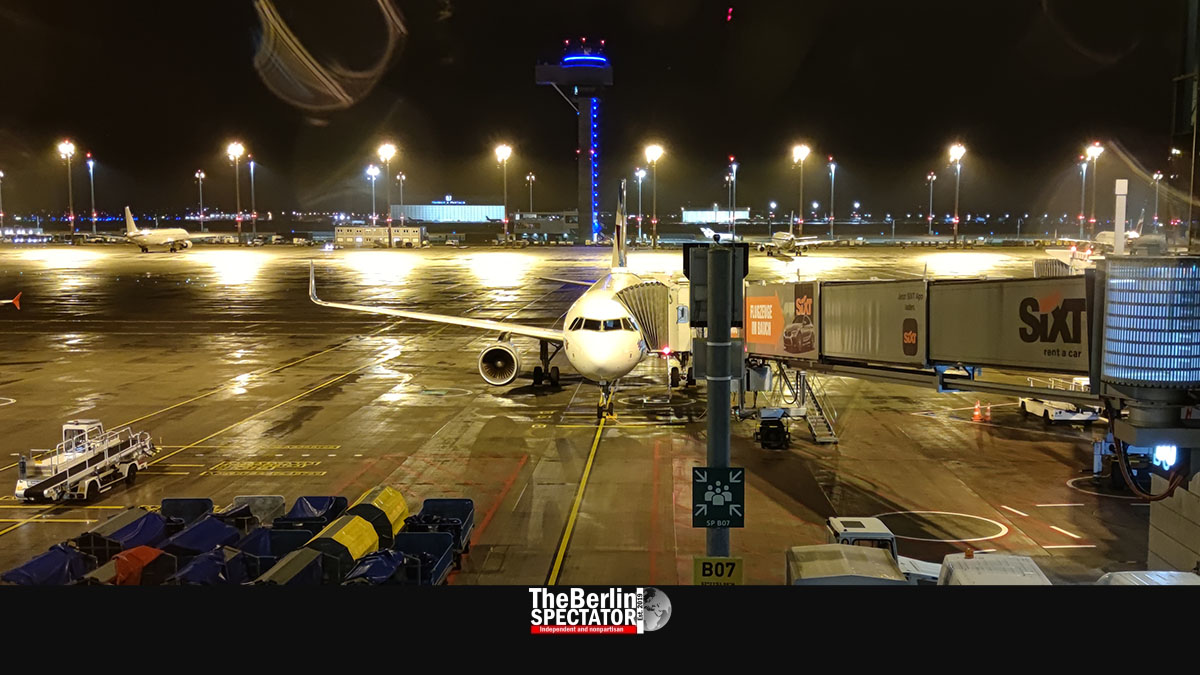 There is nothing better than getting up at 2:00 a.m. in order to enter a machine that flies through the air. Doing so in the middle of the pandemic is even more enjoyable, especially when they laugh at you because you are the only weirdo who is wearing a stupid-looking anti-Corona vizor. Did anyone say traveling was great? Not anymore.

Sofia/Bulgaria, February 8th, 2022 (The Berlin Spectator) — When the cell phone rings at a time when others go to sleep, the big moment has arrived. At this hour, our editor could not even publish the daily Corona update yet because the Robert Koch Institute was still asleep. The highlight of the morning was a hot shower that lasted from 2:07 to 2:16 a.m.. Well, when your tram leaves at 3:47 a.m., lying in is obviously not an option.

Shortly before 4:00 a.m., dozens of poor bastards took the ‘S-Bahn’ train from Berlin’s Greifswalder Strasse station towards Ostkreuz. Their enthusiasm was written all over their faces. Actually, they looked about as happy as they would have been if they had been scheduled to get a root canal treatment this morning. At 4:16 a.m., the next train, a regional one, crossed the state border into Brandenburg. Most people got off at the province’s most famous spot, namely its shiny new BER Airport, eight minutes later.

When you notice you got there far too early, setting up a makeshift office on a concrete wall in front of the airport’s entrance is probably a genius idea, especially when the temperature is at the freezing point. But there is an advantage: You can munch black bread with Gouda cheese for breakfast while you finally write your Corona update. Just before our editor was frozen stiff, he managed to bag his stuff and enter Terminal 1.

Why was everyone staring at him? Because he was the only idiot who was wearing a stupid-looking anti-Corona vizor. Even though he must have resembled a mutant in some science fiction flick, he was not even embarrassed. During the 15-minute walk from the security check to Gate 40, he clashed with some Corona denier who refrained from wearing his mask. Other than that, there were no serious incidents.

When security officers give you a massage at 5:02 a.m. as they check you for concealed weapons, they will make you feel a lot better, except when they have trouble reaching your shoulders because they are about 5 feet tall. And when the passengers of this morning’s Ryanair flight to Sofia are not even being checked for vaccination certificates, you will know you will have a great day.

Once the Boeing 737-800 finally takes off into the dawn and everyone is being shaken, not stirred, things look bright. Above the clouds, the traveler would have developed philosophical thoughts, as he was staring at the truly wonderful light-blue sky, if it had not been too damn early to think about anything. There we were, three rather big guys, squeezed into this row’s seats, counting down the minutes. Thanks God this was not the flight to Brisbane.

Maybe in order to avoid wind shear, the pilot did perform quite a landing. At least everyone noticed we were back on the ground, and even the sleepiest passengers were woken up. Inside the terminal at Sofia Airport, individuals in medical scrubs did check everyone’s Omicron status after all. And the guy who looked at the passports was actually friendly. Down here, this was a first.