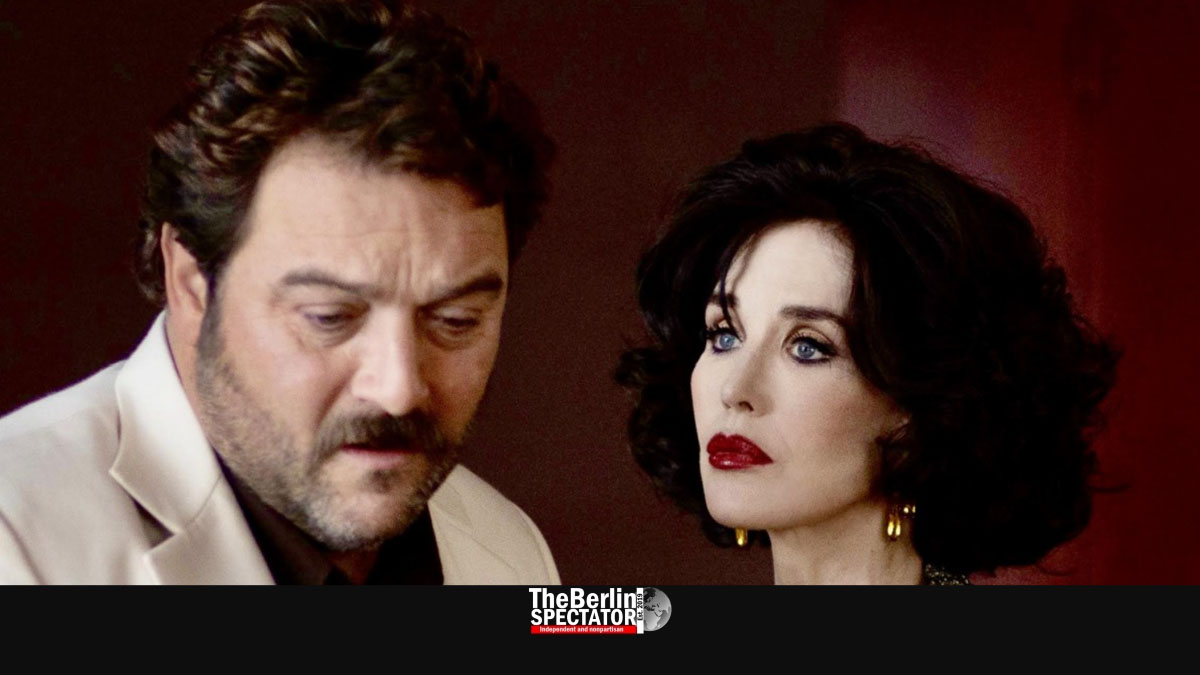 It is time to dress up and put on tons of makeup. On Thursday, the Berlinale will commence, with the premiere of a French movie by none other than François Ozon. The most famous festival guest is unwanted. It is a virus called Corona.

Sofia/Bulgaria, February 9th, 2022 (The Berlin Spectator) — There are times when guests cause headaches. In this case, Omicron, a close relative of Corona, almost managed to screw up the Berlin International Film Festival a.k.a. Berlinale. It is the third time the virus tried to prevent the event from taking place. It succeeded in shrinking it a little, but the Berlinale obviously is alive and kicking.

For its 72nd edition, the organizers had to pick the most brutal weapons against the unwanted guest, including the mask, a piece of cloth that is supposed to keep the virus in the mouth and nose of any infected person. They spared no expense when they developed their sophisticated hygiene concept. It also includes a remedy recommended by most experts, called the vaccination. Negative Corona tests are also required, for those who did not get booster shots as well. Yes, there is more: The festival is asking visitors not to do what they usually do after watching movies, which is clustering. So, what could possibly go wrong?

Apparently, a lot. At least in the life of Peter von Kant, whose name is also the title of François Ozon’s latest movie (see main photo at top of page). It will have its premiere tomorrow, at the Berlinale. ‘Peter von Kant’ is an adaption of Rainer Werner Fassbinder’s 1972 motion picture ‘Petra von Kant’. Peter is a successful film director. He lives with his assistant Karl, whom he likes to mistreat and humiliate. Sidonie is the great actor who was his muse for many years. She introduces him to Amir, a handsome young man of modest means. Peter falls in love with him. In the end, Amir breaks up with Peter who faces his demons. According to the festival, ‘Peter von Kant’ is “a theatrical tour de force around the concept of lockdown.” It will probably be loved by film critics.

“We are beyond thrilled to welcome back François Ozon to the festival and are happy to launch our next edition with his new film”, says the Berlinale’s Artistic Director Carlo Chatrian. It would have been weird if he had felt otherwise. “For this year’s opening, we were looking for a film that could bring lightness and verve into our somber daily lives.” Guess what: They found it. And it is on the ‘Competition’ list, meaning it might end up with a Silver Bear or even a Golden one. François Ozon already has a few Silver Bears. One more would make them feel less lonely.

The Berlinale commences on February 10th and lasts until the 20th. Tickets, anyone? Those who want them will need quick fingers, as they are available online only. The sale starts at 10:00 a.m. in the morning, when even the person with the worst hangover is awake, three days before the screening they are for takes place. That way, people who forgot to purchase tickets in the first round can still do so later.

Berlin’s most important cultural event of the year is ready to rumble. So are the seven members of the International Jury who will have to watch and digest as many as 18 motion pictures in the ‘Competition’ rubric before they give out the Bears on February 16th, 2022. This means they need to watch three full-length films per day, statistically speaking. When they get to the third one, they might have forgotten what the first one was all about.

The English version of the official Berlinale website can be accessed here.