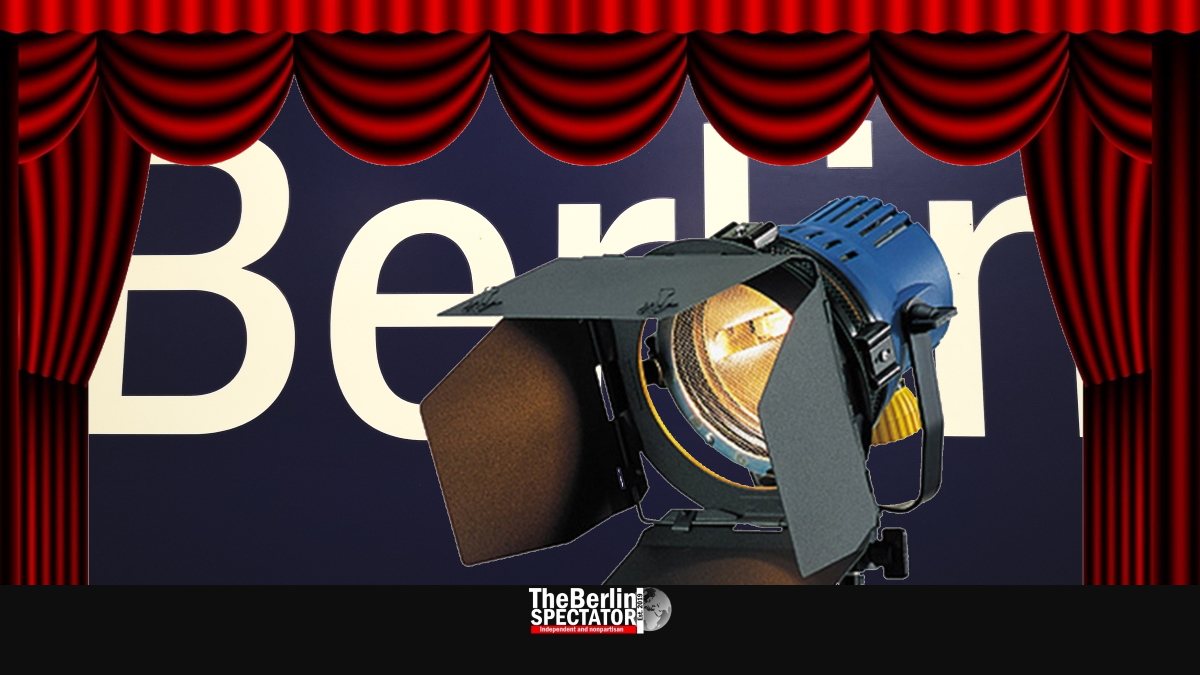 Most film festivals have one thing in common: Their VIP guests’ names are at least as important as the event they are visiting. The Berlinale is no exception. By the way: It commences today. Sound the alarm!

Sofia/Bulgaria, February 10th, 2022 (The Berlin Spectator) — Berlin is not Hollywood. The Berlinale and the Oscars are not really comparable. In fact, they are opposites. In Berlin, no American films have gotten Golden Bears since 1999. In Hollywood, they give out the ‘Academy Award for Best International Feature Film’, but almost all Oscar winners are Americans. Besides, Oscar night is not a festival, but an annual one-night event. So, it is a bit like comparing a pizza with ham and mushrooms to a moose on a Harley Davidson.

But both the Americans and the Germans love their red carpets more than anything. Tonight, quite a few prominent persons will be showing off their Corona masks on one of them. Apart from Marietta Rissenbeek and Carlo Chatrian, the Berlinale’s two co-chairpersons, Berlin’s Governing Mayor Franziska Giffey will definitely be there with Claudia Roth, the Federal Government Commissioner for Culture and the Media who is one of the Bundestag’s Vice Presidents as well. Who would not want to be seen with her?

Interior Minister Nancy Faeser will be there, and many of the best actresses and actors Germany has. They include Iris Berben, Maria Furtwängler, Martina Gedeck, Heike Makatsch and Maria Schrader. Will they meet their male and their international colleagues on the red carpet? You bet. Everyone will be there before the festival’s first motion picture is screened at the Berlinale Palace at Marlene Dietrich Square at 7:20 p.m. CET.

It is the first Berlinale since Franziska Giffey took over Red City Hall. “The Berlinale has been part of Berlin for more than 70 years”, the Governing Mayor accurately stated. “It revives cinemas and the audiences’ hearts. For February of 2022, we can report: The Berlinale is taking place.” This fact was “an important sign for Berlin, its residents and visitors, as well as for the film business and culture”, Mrs. Giffey said on the eve of the opening night.

Yes, people will obviously be walking up and down the red carpet. But the opening party was cancelled before it was planned. No drinks, no music, no dancing, no closeness, no conversations at the bar, no mingling, no clustering. Needless to say, everyone is hoping for a real Berlinale, with all extras, in 2023. Yes, things are difficult. In 2020, it was the last big cultural event that could take place before Corona hit. In 2021, they split up the festival into two parts with a comparatively low number of visitors. And this time, they decided to apply hygiene rules and go ahead.

The organizers, the audiences and the sponsors are glad the Berlinale is taking place. L’Oréal Paris is among the latter. So are Telekom, Mastercard and ZDF television. RBB Media, a company owned by the RBB radio and TV network, is sponsoring the Berlinale Documentary Award. In this case, three jury members in Corona masks will pick the winner.

Guys, let’s scream and jump up and down! Let’s get those tickets and populate the movie theaters. Let’s make the Berlinale’s guests feel welcome.

For the next three days, all screenings are sold out. But, since sales start three days prior to each screening, lots of tickets can still be purchased. Especially people with nervous fingers will be successful in clicking the purchase links at the right moment.

The English version of the official Berlinale website can be accessed here.