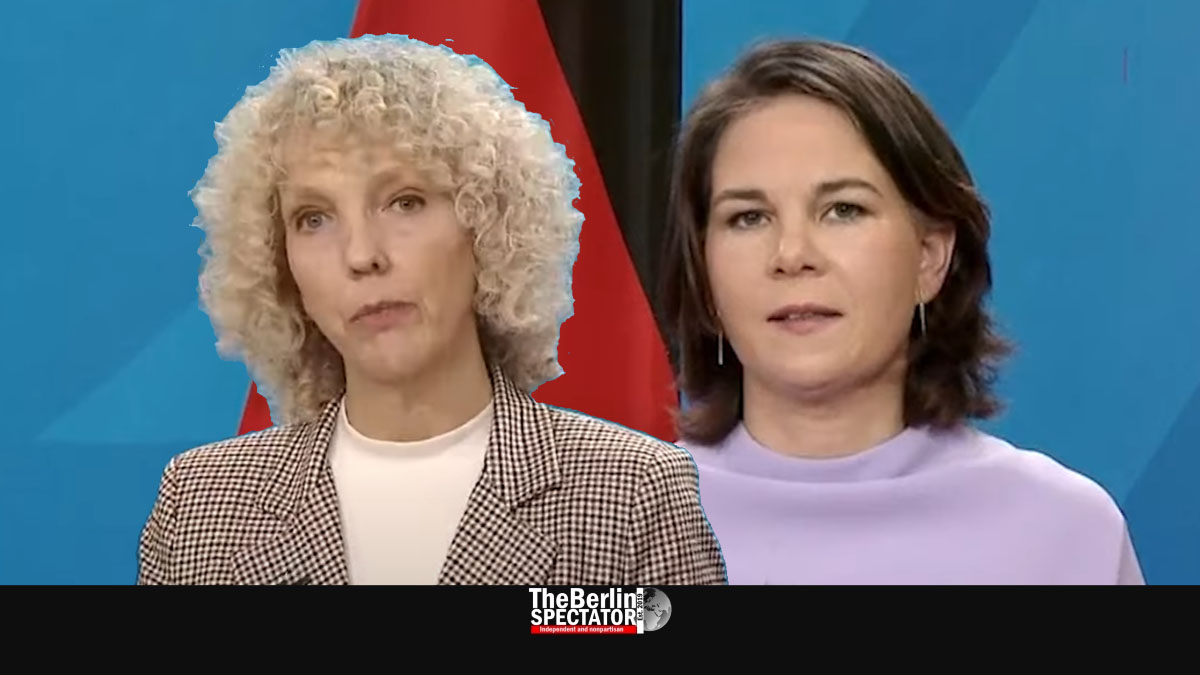 When the German Foreign Minister employs an American citizen as Commissioner for Climate Protection, it is safe to say this move is unconventional. And when the new hire is Jennifer Morgan, who runs Greenpeace, some Germans may need a Valium and some time to digest the news.

Sofia/Bulgaria, February 10th, 2022 (The Berlin Spectator) — When you are from Ridgewood/New Jersey, you are almost a New Yorker. George Washington Bridge, which takes you right into Manhattan, is only 13 miles (21 kilometers) away. But the trip to Indiana University Bloomington, where Jennifer Morgan studied Political Science and German, is a lot longer: 766 miles (1,233 kilometers), to be exact. Studying International Relations as well, at American University in the D.C. (239 miles or 385 kilometers), cannot hurt either.

As it turns out, Jennifer Morgan has a new workplace. Germany’s Ministry of Foreign Affairs is located 3,956 miles (6,367 kilometers) from Ridgewood. Annalena Baerbock said she had “found the right woman” for the job as Commissioner for Climate Protection. According to the Foreign Minister, her appointee’s pending naturalization in the Federal Republic of Germany has nothing to do with her new job. German media had reported, Jennifer Morgan was supposed to become a German citizen quickly, in order to become a tenured German civil servant.

Annalena Baerbock’s Greens are part of Chancellor Olaf Scholz’ government coalition. They may not have been able to get the speed limit on the Autobahn into the coalition agreement, in spite of the fact that it has been one of their main demands in the past decades. But they are still making the fight against climate change the main task. Climate expert Jennifer Morgan is supposed to head those efforts, work with the Ministries in Berlin, all of which are supposed to take part. She will also be responsible for discussing the climate with governments around the world and for making headway.

As she was introducing her new colleague in Berlin, Annalena Baerbock stated all German Embassies around the world would be “climate Embassies” now, because the fight was global. In excellent German with a cute American accent, Jennifer Morgan said she would talk to the countries who were responsible for the bigger part of the world’s CO2 emissions as well as smaller ones that played a lesser part. Not exceeding a global warming by 1.5 degrees Centigrade was the goal.

Note: If you are reading this piece or any other articles we published on any website other than berlinspectator.com, they are responsible for copyright infringement.

The conservative Christian-Democratic Union (CDU) believes Jennifer Morgan’s appointment as Commissioner for Climate Protection is unacceptable. Representatives said hiring a lobbyist was wrong, in spite of the fact that their own people took steps of this kind not so long ago. For instance, former Defense Minister Ursula von der Leyen, who is President of the European Commission today, appointed a State Secretary who used to be a business consultant before. This happened only a few years ago.

Jürgen Hardt, the CDU’s Foreign Policy spokesman at the Berlin Bundestag, sees another problem. The ‘Welt’ daily quoted him as saying he was worried the German climate policy would be less persuasive when it carried the “Greenpeace label”, especially from the perspective of more difficult partners. But, as she was introduced by her new boss, Jennifer Morgan promised she would represent the German government’s position only.

Obviously, she has become very German and has lived in Berlin for some time. She said she felt like a Berliner, without using John F. Kennedy’s famous sentence. She said she was honored by the trust that was being put in her. “I accept this new task with delight and determination”, she stated. The effects of climate change were already felt around the world. Both people and nature were suffering. She wanted to contribute her experience as a climate activist and as a longtime member of think tanks, Mrs. Morgan said.

Sure, this is about an interesting personnel matter, but there is more. As Foreign Minister, Annalena Baerbock is taking away an important part of Germany’s climate policy from her party colleague Robert Habeck who is supposed to be Minister of Commerce and Climate Protection. Mrs. Baerbock confirmed that either she or Jennifer Morgan will represent the Federal Republic at climate summits. And they are the ones who will decide about the funding of German climate protection projects abroad. So, what is left for Habeck? Implementing the climate protection policies in Germany is the task that remains for him.

Many former supporters of the Greens who have criticized the party for not doing enough for the climate, and of selling out its ideas at the coalition talks with Chancellor Scholz’ SPD and Finance Minister Christian Lindner’s FDP, are probably impressed. After dealing with Ukraine most of her first two months as Minister, Annalena Baerbock created a big bang in regard to the climate policy here. The Greens are green after all. And they are taking action, in cooperation with Jennifer Morgan, a woman who knows what she is talking about.

Berlin Wants Residents to Book Hotel Rooms in their Own City