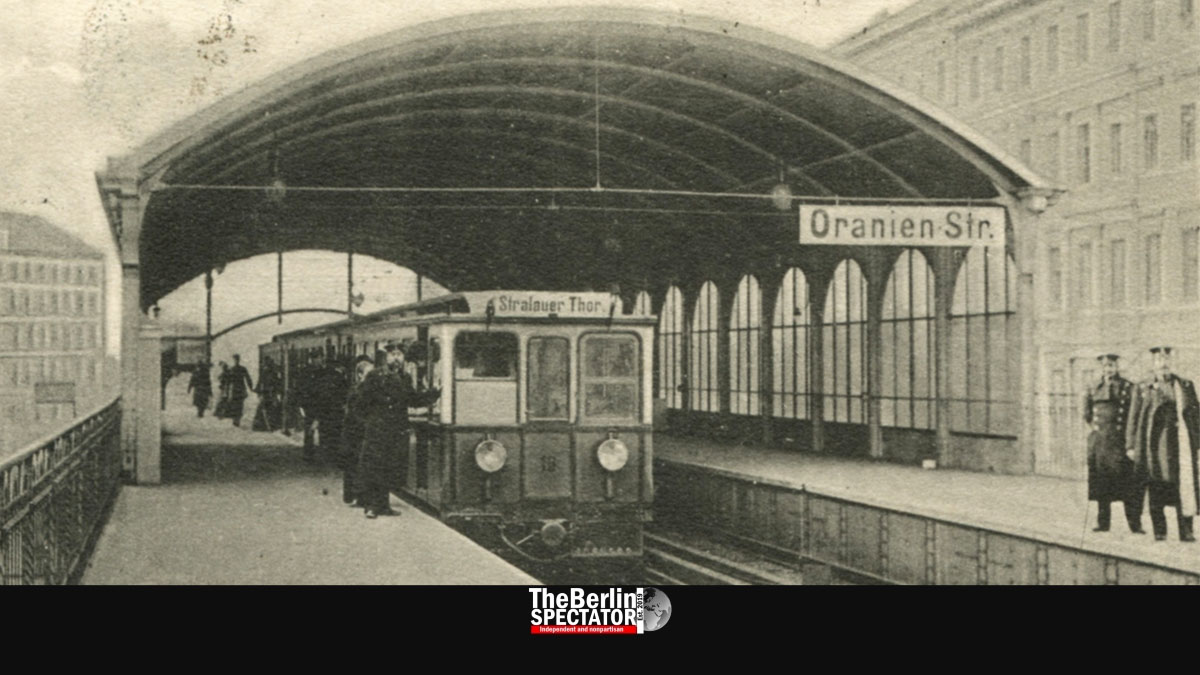 New York has its Subway, Parisians use their Métro, Londoners go to work by Tube, a.k.a. Underground, and Berlin has its U-Bahn. When it all started, in 1902, those trains moved back and forth on elevated tracks. Later, most of them were hidden in tunnels.

Sofia/Bulgaria, February 13th, 2022 (The Berlin Spectator) — A hundred and twenty years ago, the task was to move many people without clogging up the streets. This meant trains would either have to move up into the sky or down, beneath the surface. In the end, it was both. But when several Prussian Ministers became part of the inaugural ride of Berlin’s first U-Bahn on February 15th, 1902, they had the opportunity to see Berlin from elevated tracks.

Past, Present and Future

Three days before the public was allowed to use the U-Bahn for the first time, the Ministers were taken from Potsdamer Platz to Zoologischer Garten, Stralauer Tor and back to Potsdamer Platz. The rest is history. In the past 120 years, the U-Bahn has become the most popular means of transport in Berlin. Early on, Berliners noticed its advantages. Unlike horses, the U-Bahn does not sh*t on the street. It does not cause air pollution. It does not get stuck in traffic all the time. And it does not have to stop at red lights every few seconds.

According to Berlin’s public transport provider BVG, the U-Bahn is “the oldest underground movement”. In five years, its 125th anniversary will be celebrated appropriately. The 120th one is a good opportunity to look back. But the U-Bahn is not only a thing of the past, but also of the present and the future.

Those old U-Bahn photos prove that certain things were better back then, in 1902, when Berlin had 1.9 million inhabitants. Today, it has twice as many. The U-Bahnen (plural) did not seem to be as crowded as they are today. Besides, the trains and stations must have been a lot cleaner. There was no graffiti either.

Over the years, the U-Bahn grew. After World War II, the network was split up. East Berlin, the capital of the GDR, had two U-Bahn lines in the 1980s. West-Berlin’s U-Bahn trains raced through ‘ghost stations’ in the eastern part which they could not use. In the West, and in reunited Berlin, extensions were added all the time. As recently as in 2020 and 2021, three new stations were inaugurated on the U5 line. More extensions, to BER Airport, Mexico Square and elsewhere, are being discussed right now.

Berlin’s U-Bahn is working hard. It does not stop when it gets tired or on holidays. In pre-Corona times, 600 million passenger rides were counted per year. If that is not impressive, what is? One thing is certain: Without the U-Bahn Berlin would be a hopeless chaos. Happy anniversary.