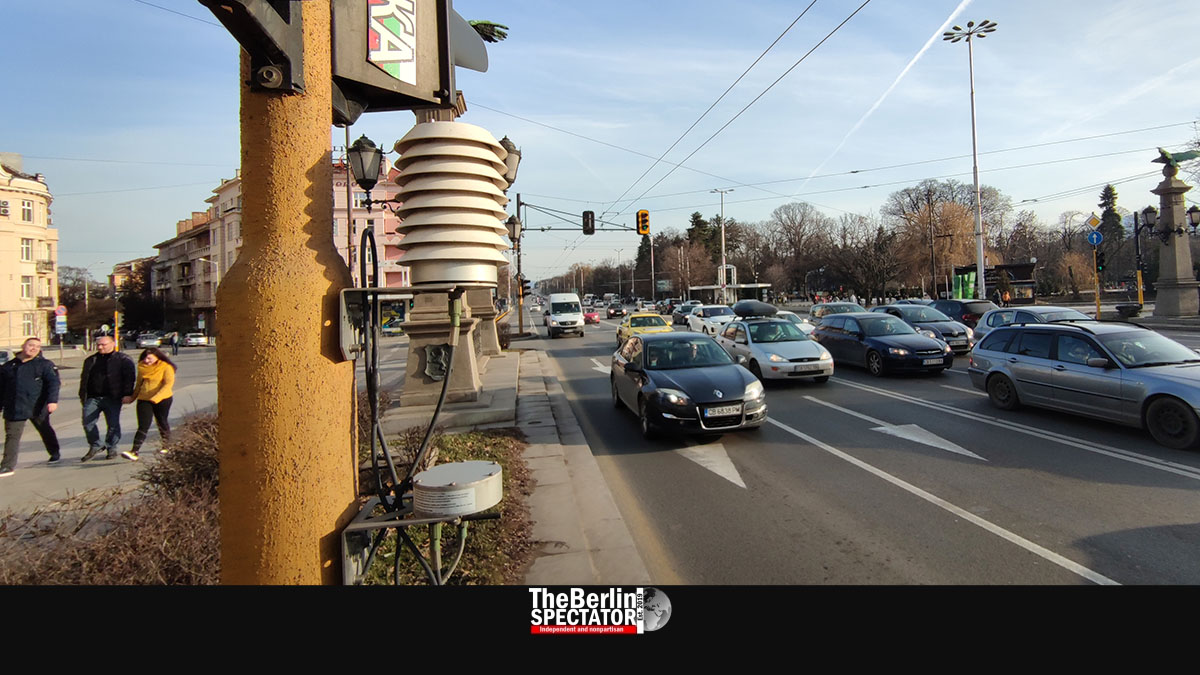 Bulgaria usually does not appear at the top of ranking lists, but rather at the very bottom. But when it is about air pollution, the opposite is the case. The bad air in Sofia, the capital, kills.

Sofia/Bulgaria, February 14th, 2022 (The Berlin Spectator) — Especially in winter, Sofia is an unhealthy place. The particulate matter and the other unhealthy parts in the city’s breathing air will be smelled by those who open their bedroom windows for a moment. If they remain open for a few hours, those who wanted to take a nap in some fresh air will not only be disappointed, but they will cough and feel some kind of a weird layer in their lungs.

Sofia has some 1.6 million inhabitants. For decades, most governments in Bulgaria were interested in helping their officials far more than improving the living conditions for all citizens. Most pensioners are so poor they cannot pay for their medication or heating bills. The large Roma minority is being hated and discriminated, the health system and the road network are terrible, and the corruption level is just unbelievable.

It is hardly surprising that nobody has really tried to resolve yet another huge problem, namely the air pollution. Sofia municipality knows about this issue, a vital one in the truest sense of the word. But it has not done a lot more than giving out special public transport tickets on bad days. The new Bulgarian government of hopefuls has countless problems to resolve, after decades of corruption and neglect. So far, it has not gotten to the air pollution issue.

According to the European Union’s regulations (Bulgaria is a member since January 1st, 2007), the concentration of particulate matter (PM) 2.5 is not supposed to exceed 25 μg/m3 and that of PM 10 should be limited to 40 μg/m3. In Sofia, it is five times higher on more harmless days, and up to 20 times higher on bad days. People breathe in and out 20,000 times per day. Doing so in Sofia can cause several diseases. The World Health Organization estimates that 9,000 Bulgarians die of the consequences of air pollution every year. The country actually has the third-highest mortality rate caused by air pollution in the world.

Right now, as this article was written in Sofia, the PM10 concentration in the city’s breathing air was 191 μg/m3, and that of PM 2.5 stood at 133 μg/m3. In the Oborizhde neighborhood, one with hardly any industry, the air somehow smelled as if dozens of old Diesel trucks with running engines were parked around the corner.

Of course, there are several reasons for the terrible air quality in Sofia. Many residents, especially the poorest ones, heat their homes by burning wood and trash. Some seven years ago, Sofia municipality started reducing the pollution caused by old buses that were blowing huge Diesel clouds into the city’s air, by replacing them, but there still are countless old vehicles and generally far too many cars. Factories in Sofia’s outskirts contribute to the terrible air as well. So do construction sites.

There is a geographical reason too. Sofia is located in a valley. Depending on its direction, the huge Vitosha mountain prevents the wind from blowing the particulate matter and dangerous gases away. On windless days, things are even worse.

Sofia and other places in Bulgaria need a strict policy against air pollution. It should include traffic restrictions and huge investments, including support for poor residents who cannot pay heating bills and therefore burn anything they find. Also, factories that cause a lot of pollution should be forced to play ball by installing filters, change their production process or their location. Anything possible should be done as quickly as possible. When people cannot breathe, when breathing makes them sick, the issue should generally move up on the priority list.

The air pollution problem leads to legal battles. Recently, courts in Sofia denied citizens and NGOs the right to challenge useless or insufficient air quality programs the state introduced. As a result, proceedings against Bulgaria were initiated, for violating E.U. laws and for denying people access to justice. The legal battle began when ‘Za Zemiata’, an NGO, filed a lawsuit against a program the city of Sofia had announced. Just now, the Supreme Administrative Court in the capital rejected the appeal the NGO handed in. In the meantime, the inhabitants of Sofia are continuing to breathe air that kills.

Corona Policy: Germany to Get Rid of All ‘Pervasive Protection Measures’ in Three Steps