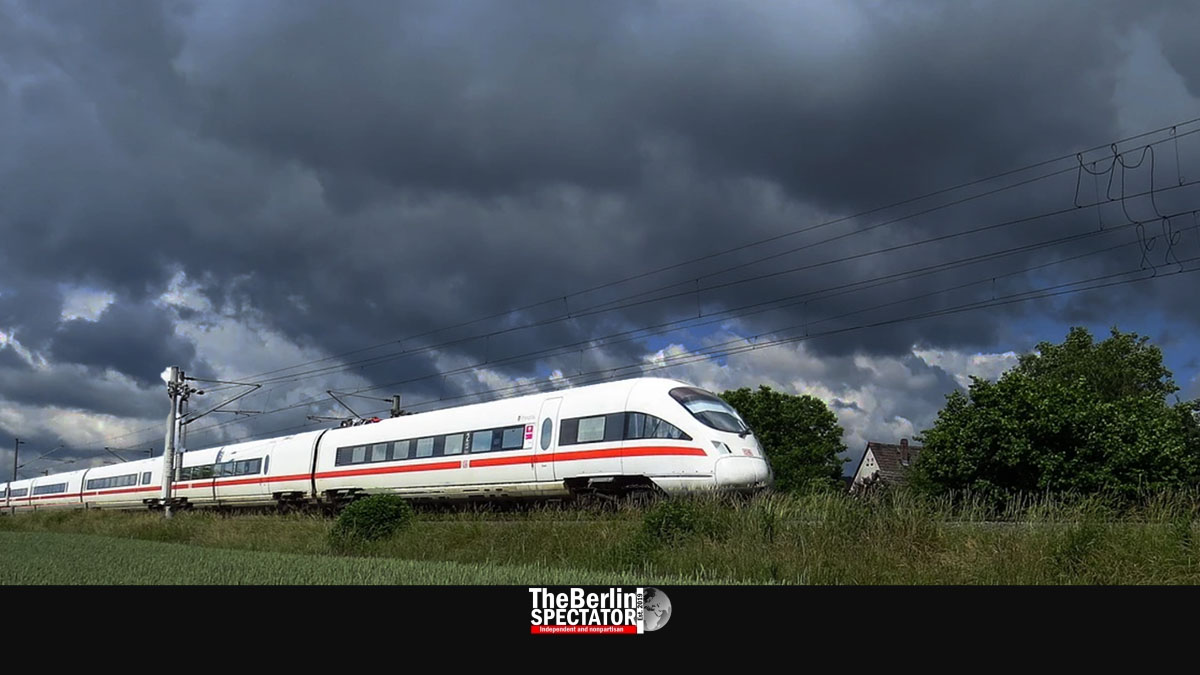 Two and a half weeks after the last winter storm, Germany is in for another one. Along the coast, floods are being expected. But even Bavaria is preparing for severe weather. So are Berlin and Deutsche Bahn.

Berlin, February 16th, 2022 (The Berlin Spectator) — The authorities in several German regions have warned residents of a new winter storm that will hit on Wednesday evening and affect part of the country on Thursday as well. Forecasters predicted gale-force winds and floods along the North Sea and Baltic Sea coastlines. Hamburg, which went through its most serious storm surge ever exactly 60 years ago, to the day, will feel the extreme weather as well, starting tonight.

Ports in northern Germany, including in Hamburg, might be flooded. Shipping companies announced they were shutting down their ferry connections. On Germany’s islands, but also in the Harz mountains in Lower Saxony, Saxony-Anhalt and Thuringia, inhabitants will definitely feel the storm at speeds of 110 to 140 kilometers per hour (68 to 89 mph) which was just forecast. According to the German Weather Service (DWD), the wind will gradually pick up strength and speed tonight. The severe weather might very well continue into Friday, experts believe.

The weather warnings issued by the DWD also apply to Berlin. Because of the storm, the German capital’s two zoos will not be opening on Thursday. At the ‘Tierpark’, 10,000 trees pose a danger to both visitors and animals, since the hurricane might throw them around. There, and at ‘Zoo Berlin’ in the former western part of the city, all animals will be brought to safety, meaning they will be indoors.

Bavarian Regions to be Affected

Fire departments in most of Germany are preparing for the storm. In several cities and regions, residents were told not to enter parks or forests, since flying branches could hit them. But the danger is not limited to those. Any objects of certain weights could fly through the air and hit people if they are not fixed properly, including roofing tiles. Staying at home is the best idea, especially on Wednesday night and Thursday.

Bavaria will be relatively far away from the eye of the storm, but feel it anyway. In this southern federal state, the DWD is expecting winds at speeds of about 70 km/h (43 mph) in Western Franconia and Upper Palatinate, two Bavarian regions. The authorities there asked people to refrain from taking mountain trips.

Deutsche Bahn just warned train passengers to expect delays and cancellations in all of Germany on Thursday. Tickets that were purchased for specific trains on February 17th will be valid until seven days after the storm, the company announced. In Berlin and Brandenburg, some regional train connections will not be in service before 6:30 a.m. on Thursday. These trains will be affected:

All trains in the region will be traveling at lower speeds, if at all.