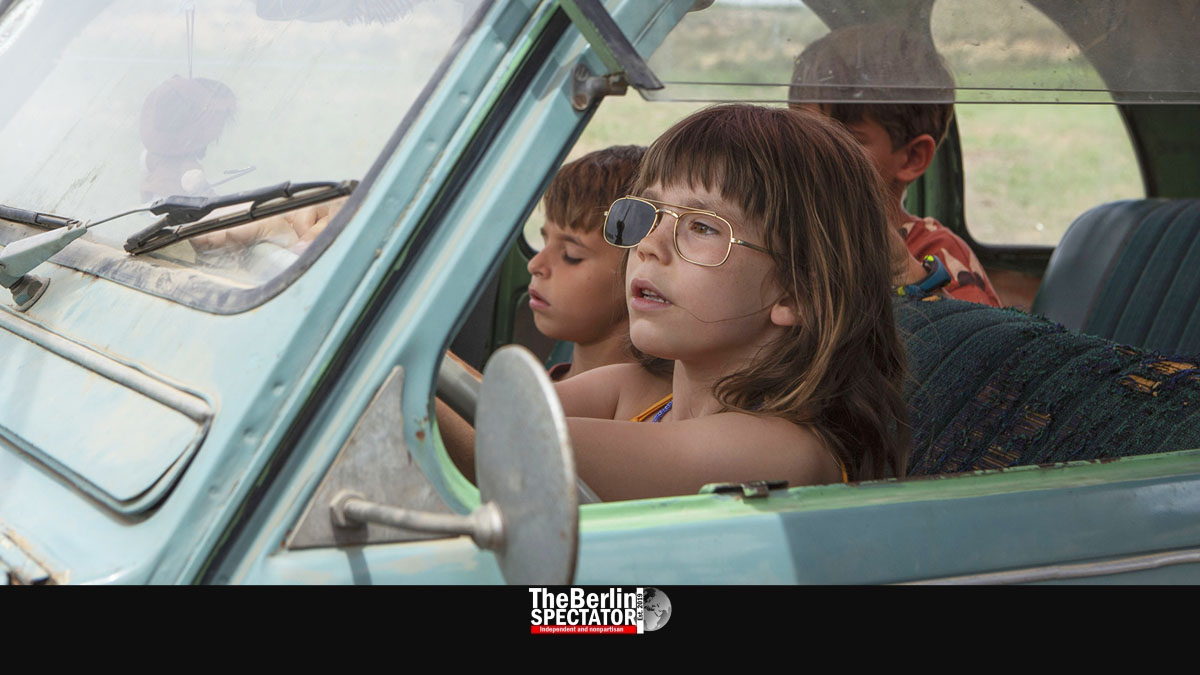 A Spanish-Italian motion picture just won the Golden Bear for ‘Best Film’ at the Berlinale. Where? In Berlin, of course. Silver Bears were given out too.

Berlin, February 17th, 2022 (The Berlin Spectator) — It was a stormy night in Berlin, in two ways. Outdoors, a major storm system made things rather uncomfortable. In the meantime, Bears rained down on filmmakers at the Berlinale Palace. Those included the ‘Golden Bear for Best Film’ which was given to the Spanish-Italian drama ‘Alcarràs’ (see main photo above) by Carla Simón, with Jordi Pujol Dolcet, Anna Otin, Xènia Roset, Albert Bosch and Ainet Jounou.

The film celebrated its world premier in Berlin just two days ago. Spanish audiences will be able to watch their winner movie once it officially hits the theaters around their country on April 29th, 2022. For the International Jury, the decision must have been difficult because they were dealing with quite a few convincing motion pictures in the festival’s ‘Competition’ segment.

For as long as its members can remember, the Solé family has spent every summer picking peaches in their orchard in Alcarràs, a small village in Catalonia. But this year’s crop may well be their last, as they face eviction. The new plans for the land, which include cutting down the peach trees and installing solar panels, cause a rift in this large, tight-knit family. For the first time, they face an uncertain future and risk losing more than their orchard. The situation leads to a stand off.

The director Carla Simón is not a greenhorn in the business. In 2009, she released her first movie ‘Lovers’. Four films later, ‘Summer 1993’ turned out to be once of her highlights. Released in 2017, the drama tells the story of a six-year-old girl whose parents died of AIDS and who goes to live with her uncle and his family. ‘Alcarràs’ is her ninth big film project. The Golden Bear was awarded to its producers María Zamora, Stefan Schmitz, Tono Folguera and Sergi Moreno.

So, what about those Silver Bears? The Grand Jury Prize was awarded to the Korean film ‘So-seol-ga-ui yeong-hwa’ by Hong Sangsoo about a novelist who develops doubts. ‘Robe of Gems’, a Mexican-Argentinian-U.S. movie about a family that is growing apart, got the Jury Prize. The Silver Bear for Best Director was handed over to Claire Denis for her motion picture ‘Avec Amour et Acharnement’. The entire list of winners can be looked at here.

Since the Berlinale is an ‘audience festival’, it is not just ending after yesterday’s awards ceremony. People still have the opportunity to experience the winner flicks as well as all other movies at participating movie theaters, with less glamour. But whoever wants to watch them will have to be alert at 10:00 a.m. this morning (February 17th, 2022). This is when the last tickets will be sold online, and they usually sell out very quickly.