Germany: Major Winter Storm Does Damage, Next one Expected Today 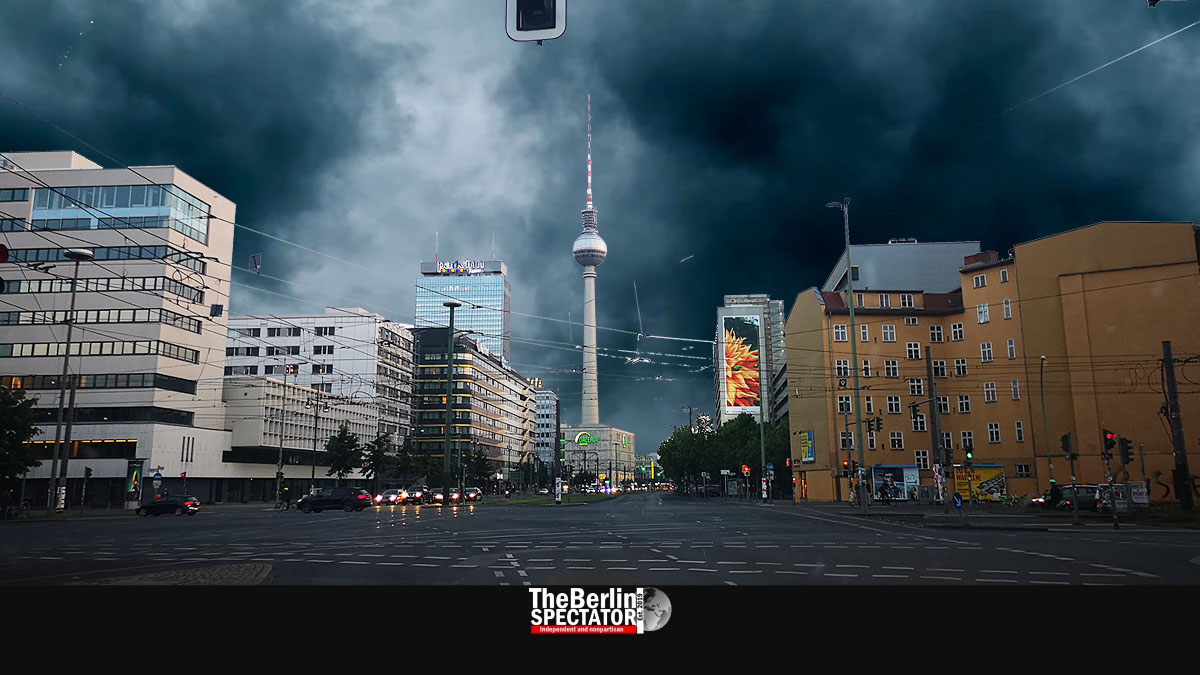 In the northern half Germany, the storm ‘Ylenia’ knocked down trees, damaged buildings and vehicles and managed to bring most long-distance traffic to a halt. By now, the severe weather system has disappeared, but the next one is around the corner.

Berlin, February 18th, 2022. Update: 1:07 p.m. CET (The Berlin Spectator) — Especially in the northern half of Germany, ‘Ylenia’ caused havoc on Wednesday night and Thursday. Now, forecasters are waiting for ‘Zeynep’ to hit. It is supposed to happen as soon as today. The question what letter the next storm system’s name will start with, now that ‘Y’ and ‘Z’ have been used, is far less important than these: How safe is northern Germany? Since ‘Zeynep’ is stronger than ‘Ylenia’, what kind of scenario will have to be expected? The calm before the second storm was experienced on Friday morning.

Along the German coast, the extrem weather caused storm surges on Thursday. Even away from the coastline, in Hamburg, the water level rose. The city’s Fish Market and parts of the port were flooded. A big wave smashed the front windows of a ferry that were supposed to be “wave-proof”. One person was taken to a hospital. The boat was taking employees to Hamburg’s Airbus factory in the Finkenwerder borough.

According to German-language publications, several persons were killed. In one case, a man was hit by a large tree that fell on his vehicle as he was driving by. Even in North Rhine-Westphalia and Bavaria, hundreds of residents were without electricity after trees knocked down power lines. Deutsche Bahn stopped all long distance traffic in northern Germany for a while because fallen trees were all over the tracks.

The chaos the weather created at train stations was similar to the situation at airports. In Frankfurt, domestic flights, especially those to Hamburg and Berlin, were cancelled. Hardly anything, except for trees, branches and roofing tiles, flew out of Hamburg. At BER Airport in Brandenburg, all aircraft handling on the tarmac had to be interrupted for a while on Thursday morning, when the storm became too strong. A few miles away, in the center of Berlin, building bricks that fell from an apartment block’s fourth floor, destroyed a vehicle and damaged others. Since the Berlin Fire Department could not cope with all weather-related operations on its own, it declared a state of emergency twice on Thursday.

The Elbe river was closed to all ship and boat traffic. A German cruise liner full of passengers was not allowed to enter the Port of Hamburg because of the storm and the waves. Instead, it moved around the island of Helgoland. Hamburg’s Fore Department was called 800 times on Thursday alone. After a short brake, it is expecting many more sorties today.

‘Zeynep’ on its Way

‘Zeynep’, the next storm, is due to hit on Friday. The German Weather Service is expecting wind speeds of up to 135 km/h (84 mph) this time. Especially the North Sea coast will be affected. But a new weather warning was released for Berlin and Brandenburg as well. Here, the storm will be felt on Friday afternoon and increase in strength gradually. In this region, wind speeds of up to 105 km/h (65 mph) were forecast. Both zoos in Berlin will be closed on Saturday, because of the danger posed by flying branches and falling trees. They had closed on Thursday as well, because of the first storm.

According to Deutsche Bahn, ICE trains from Berlin to Frankfurt and Amsterdam will not be in service until Saturday. Most slightly slower IC trains will not be moving north of Münster or Berlin until further notice. Generally, many cancellations and delays have to be expected until February 19th, because Deutsche Bahn is busy removing trees from train tracks and repairing other damage.