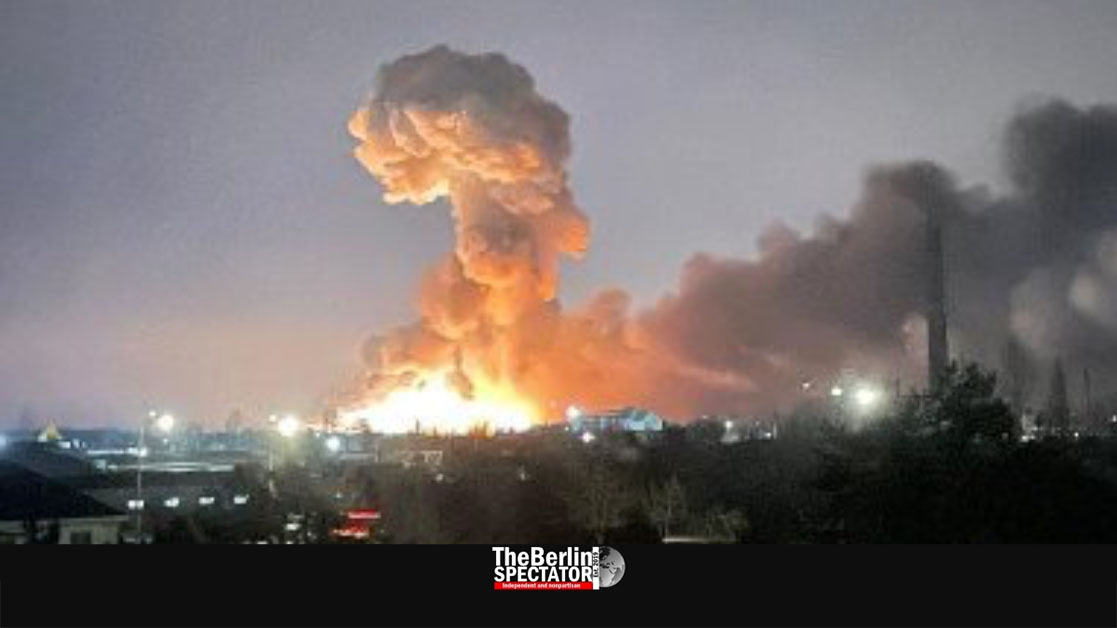 In Berlin, the government has condemned Russia’s attack on Ukraine in the strongest terms. Chancellor Olaf Scholz said this was a “terrible day for Ukraine”, he said. Finance Minister Lindner stated the attack was a “nightmare”.

Berlin, February 24th, 2022. Update: 12:02 p.m. CET (The Berlin Spectator) — Olaf Scholz reacted to Russia’s military attack on Ukraine early this morning. The move was a “blatant breach of international law”. Nothing could justify this move, the Chancellor stated. Germany condemned this “reckless act” by President Putin, he said. Again, Scholz declared the Federal Republic’s “solidarity with Ukraine and its people”, but did not elaborate on how exactly it could look like.

“Russia has to stop its military action immediately”, Scholz said. He announced the G7, NATO and the European Union would coordinate their reactions. “This is a terrible day for Ukraine and a dark day for Europe”, the Chancellor stated in Berlin.

A few hours later, Scholz appeared in front of television cameras and announced “hard sanctions” against Russia. President Putin had made a “big mistake”. The Chancellor called on him to “stop his military attack right now” and to withdraw all troops from Ukraine.

Since he was elected in December, Olaf Scholz has been putting a lot of effort into a diplomatic solution of the conflict, also by holding talks in Kiev and Moscow. Now that the feared Russian attack on Ukraine has actually commenced, it is safe to say that those efforts, as honorable they may be, have failed. At this moment, it seems unlikely that any diplomatic initiatives will stop the Russian attack on Ukraine.

On Sunday, the Berlin Bundestag will hold a special session on the Russian aggression.

Foreign Minister Annalena Baerbock stated Russia had “breached the most basic rules of the international order”. The world community would not forgive Russia this day of disgrace. “In cooperation with our partners, we will react”, Mrs. Baerbock announced. She also declared Germany’s “full solidarity” with Ukraine.

In the late morning, she said she had decided to get the last German diplomats out of Kiev. The Minister also called on all German citizens to leave Ukraine “in the interest of your own safety”. “We are shocked, but not helpless”, Minister Baerbock stated. With its partners, Germany would implement “the most massive sanctions”. She also announced Germany would strengthen its security and that of its “alliance partners”.

Finance Minister Christian Lindner said Russia’s attack on Ukraine was “a nightmare”. Putin had “revealed himself to be a liar”. With its partners from the E.U., NATO and the G7 Germany was solidaric with Ukraine. The Kremlin would “feel hard sanctions”.

On Wednesday evening, Berlin had shown its solidarity with Ukraine, by illuminating Brandenburg Gate in the colors of the Ukrainian flag. “We are sending a signal”, Berlin’s Governing Mayor Franziska Giffey said. “We are showing our solidarity with the people of Ukraine, with the many Berliners with Ukrainian roots and with Russians who are hoping for peace in both Russia and Ukraine.”