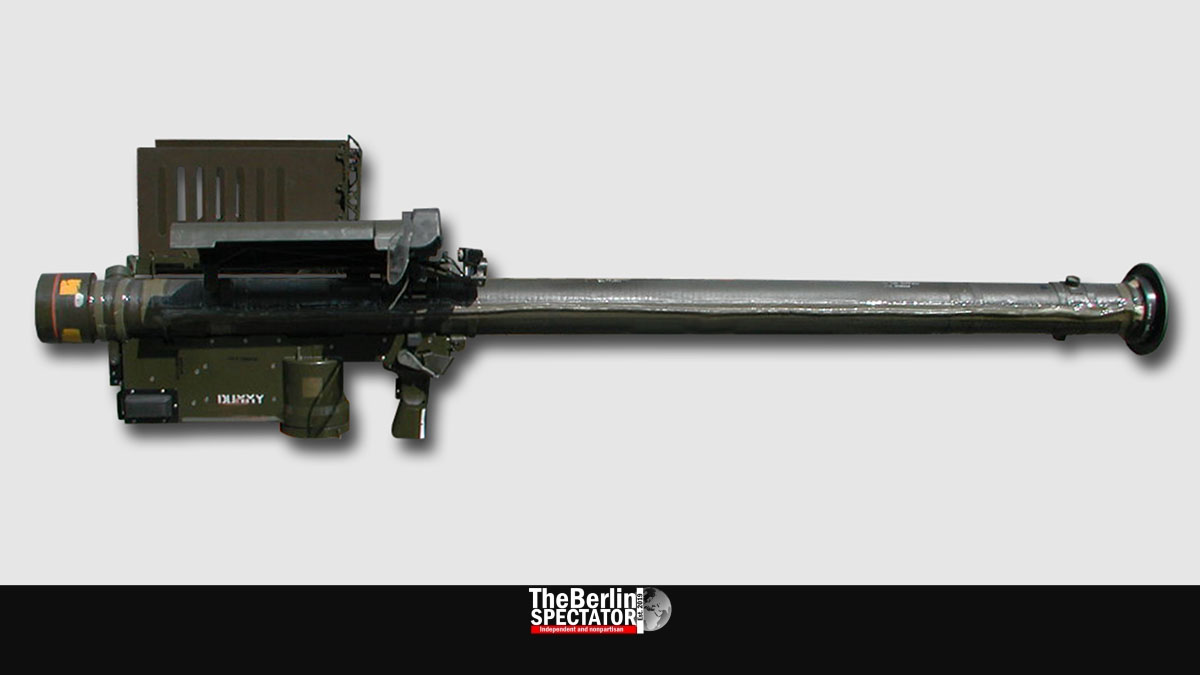 Because of Russia’s ongoing attack, the German government has changed its mind. It will send Stinger missiles and other weapons to Ukraine. Chancellor Olaf Scholz now wants to take other measures too.

Berlin, February 26th, 2022. Update: February 27th, 2022, 05:53 a.m. CET (The Berlin Spectator) — Before Russia launched its war against Ukraine, Chancellor Olaf Scholz and Foreign Minister Annalena Baerbock kept on announcing Russia would have to “pay a high price” if it attacked its neighbor. On a daily basis, they stressed their reaction would be a diplomatic one and that Germany would arrange its reaction with its partners, as if this was some kind of a spell that would deter Putin from doing anything.

When Moscow actually started the war, it became clear Germany’s strategy had failed. Now, two days after the attack commenced, and some 16 hours before the Bundestag is supposed to discuss the war and its implications, Olaf Scholz’ government changed its mind. It will send 500 surface to air Stinger missiles and 1,000 anti-tank weapons to Ukraine. According to a spokesperson, the delivery will take place “as soon as possible”. The weapons are part of the Bundeswehr’s (Germany’s armed forces) armory.

“The Russian attack on Ukraine marks a turning point”, the Chancellor himself stated. “It threatens our post-war order. In this situation, it is our duty to support Ukraine in its defense against Vladimir Putin’s invasion army as much as possible.” Scholz reiterated Germany stood on Ukraine’s side.

The decision to take a 180-degree turn on the question of weapons exports to Ukraine was taken after intense discussions between Scholz and his coalition partners, according to German-language media. Foreign Minister Annalena Baerbock and Commerce Minister Robert Habeck were involved. Both of them are members of the Greens. “After Russia’s shameless attack, Ukraine needs to be able to defend itself”, a statement of theirs read. Defense Minister Christine Lambrecht, a Social Democrat like Scholz, was part of the process too.

Another decision was taken. The Scholz government reportedly authorized the Netherlands to send 400 German-made anti-tank weapons to Ukraine, and Estonia got the permission to provide artillery launchers made in the GDR. Before Berlin changed its mind on the question of weapons, it had agreed to send 5,000 helmets to Ukraine. They were delivered today.

On top of it all, the Federal Republic wants to restrict Russia’s use of the international SWIFT payment system. According to Annalena Baerbock, a step of this kind is being prepared right now. The measure was supposed to affect “the right persons”, she stated. A flying ban for Aeroflot and other Russian airlines in Germany’s airspace is another measure that is supposed to be taken. Lufthansa, Germany’s flag carrier announced it would not use Russia’s airspace anymore. This step complicates flights to Asia.

Berlin: Big Protest Against Russia’s War in Ukraine to Take Place on Sunday