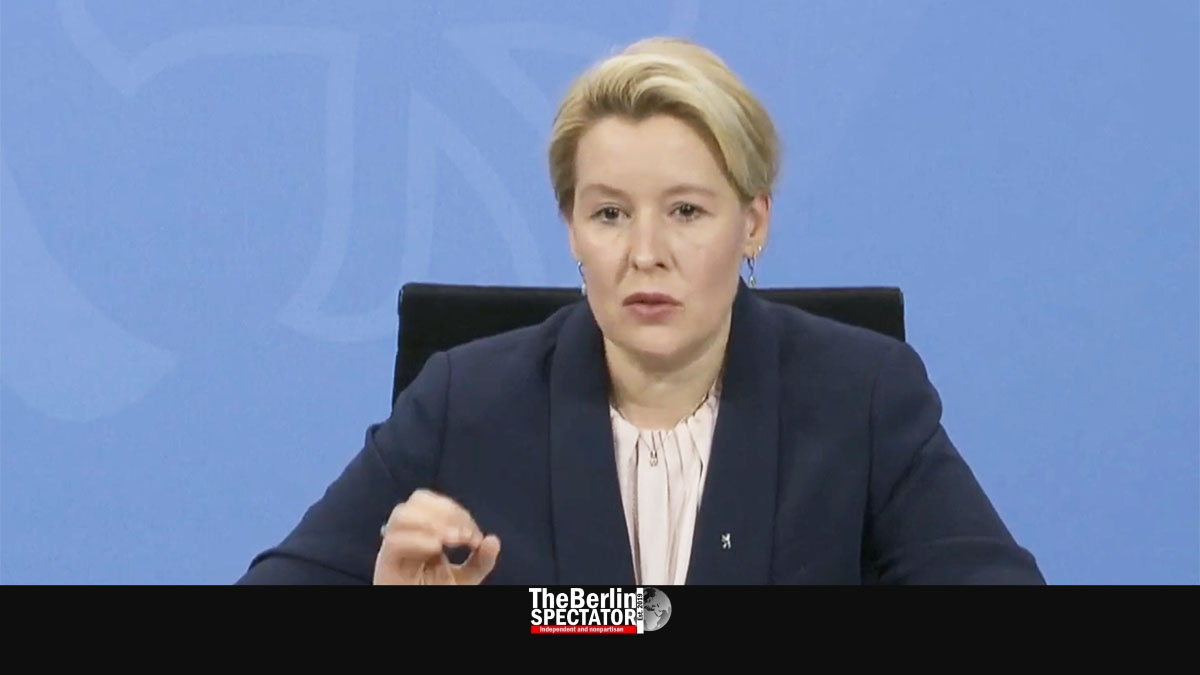 Berlin, March 1st, 2022 (The Berlin Spectator) — Five days after Vladimir Putin’s war against Ukraine commenced, Berlin is already helping refugees from there. The German capital is located only 100 kilometers (62 miles) west of the Polish border, which is why many Ukrainians arrived in the past few days. Governing Mayor told the RBB, hundreds of them had already registered with the authorities.

She said Berlin needed to expect many more war refugees from Ukraine. “We are preparing for at least 20,000 people we will have to accommodate right here in Berlin”, she stated. As she said in the interview, the first refugee accommodation located in the Reinickendorf district is full by now. Last night, more Ukrainians were supposed to be sent to another refugee hostel in Pankow. In addition, Berlin is preparing yet another accommodation for war refugees in its Lichtenberg borough.

The Governing Mayor said the Berlin Senate would discuss the situation on Tuesday. She intends to set up a “beds bourse”, an office that establishes contact between Ukrainian refugees and Berliners who are ready to accommodate them. At the same time, the city was looking for real estate objects that counld be turned into more refugee hostels.

For now, war refugees from Ukraine who arrive in Berlin will not have to apply for asylum. Many citizens who fled from the Russian war against their country have relatives or friends in Berlin and will live with them at first. As many refugees as possible are supposed to be vaccinated against Corona. In Ukraine, the vaccination rate is 35 percent.

Far less Ukrainians have arrived in Hamburg, Germany’s second-largest city. According to the authorities there, four families and eight single individuals showed up by Monday afternoon. Hamburg has set up an accommodation for them in its Rahlstedt borough. Those affected are supposed to come to this address:

At this moment, Hamburg has room for up to 3,000 refugees. According to a statement from City Hall, more refugee hostels might have to be set up. Residents of Ukrainian origin were increasingly offering to accommodate Ukrainians in their homes, the statement read.

Brandenburg is accommodating Ukrainian war refugees too. In the town of Eisenhüttenstadt, 16 of them arrived until Monday afternoon. Nationals of other countries who live in Ukraine were included. In all of Brandenburg province, space for 3,200 refugees is available, but this number can be increased quickly if needed, according to the state government.

Russian Airlines to Lose Hundreds of Leased Aircraft due to Sanctions