Russian Airlines to Lose Hundreds of Leased Aircraft due to Sanctions 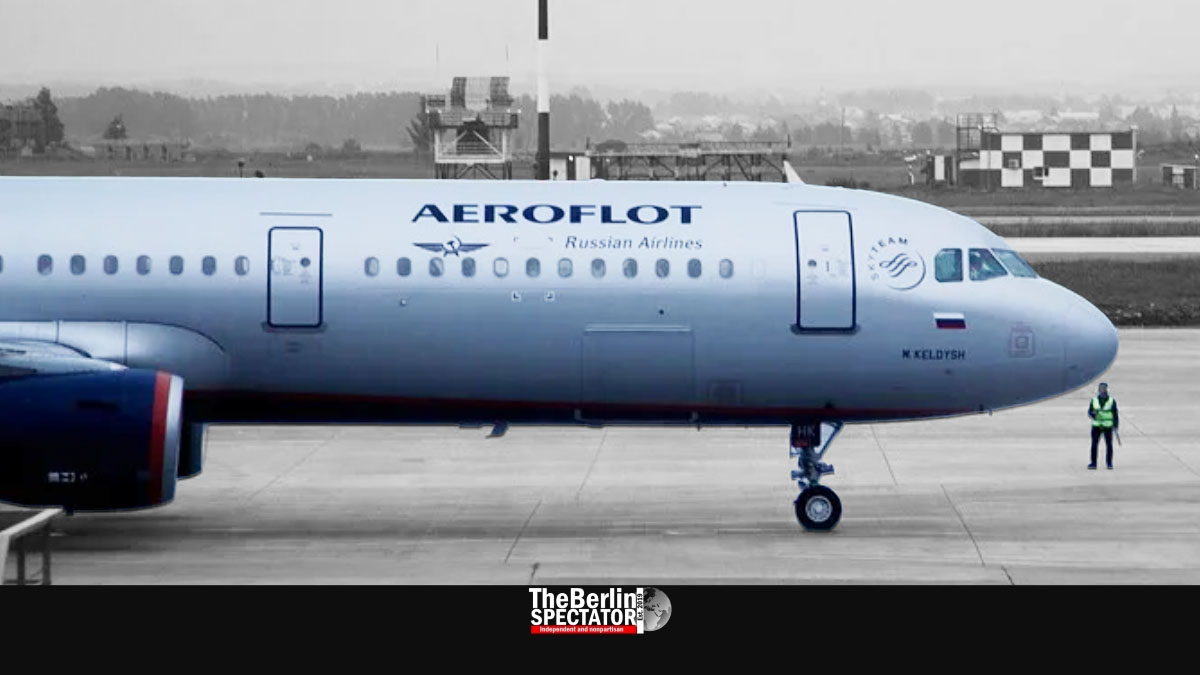 Aeroflot and other Russian airlines are in a bad fix. Most of the aircraft they are using were leased from Western companies. They will have to return them until the end of the month.

Berlin, March 1st, 2022 (The Berlin Spectator) — European aircraft leasing companies have to annul their contracts with Russian airlines. This is part of the sanctions the European Union imposed on Russia because of its war of aggression against its smaller neighbor Ukraine. As a result, the Russians have to return hundreds of aircraft, according to the German-language Aerotelegraph publication in Switzerland.

The Irish Independent reports, this issue has the potential “to massively disrupt travel in and out of Russia as well as internally”. Irish aircraft lessors need to take possession of planes worth tens of billions of Euro, the paper reports. The same applies to companies in other European countries.

Europe’s sanctions are extensive. They include a flying ban for Russia’s airlines and for private aircraft owned by Russian nationals in the European Union’s airspace. As a result, several Russian planes are now stuck at Western airports. The Aerotelegraph says one of Aeroflot’s Airbus A321s was stranded in Geneva because of the sanctions. A slightly larger A320 used by the Russian flag carrier was parked at Munich’s Franz Josef Strauss Airport (German spelling: Strauß).

Other stuck planes include a Boeing 747-8F freighter used by Air Bridge Cargo, which was parked at Milan Airport and a Boeing 737 that was converted to a freighter at Cologne-Bonn Airport. Three Antonov AN-124 freighter aircraft were stuck at Leipzig-Halle Airport. Several planes that are registered in Russia turned around in midair when the E.U. announced its sanctions. The Aerotelegraph says the Russians may have assumed the embargo they expected would not apply to aircraft they registered in other countries, such as Bermuda.

According to the Financial times, European aircraft lessors have to cancel their contracts with Russian airlines within 30 days of the announcement of the embargo, meaning until March 28th, 2022. Of course, new leasing contracts may not be negotiated, let alone signed. European companies like Lufthansa Technik may not even service aircraft owned or leased by Russian companies.

More than half of all 980 active passenger and freighter aircraft in Russia are property of non-Russian lessors, including European ones. The Independent in Ireland quoted a high-ranking manager in the aviation business. He said it was unclear whether the Russians would actually return the planes in question. If they did not, they would be able to use them for flights within Russia, but they would destroy their contacts to aircraft lessors in this case. If they did return them, they would disrupt travel in Russia even more. Aeroflot alone has 186 planes half of which were leased abroad.