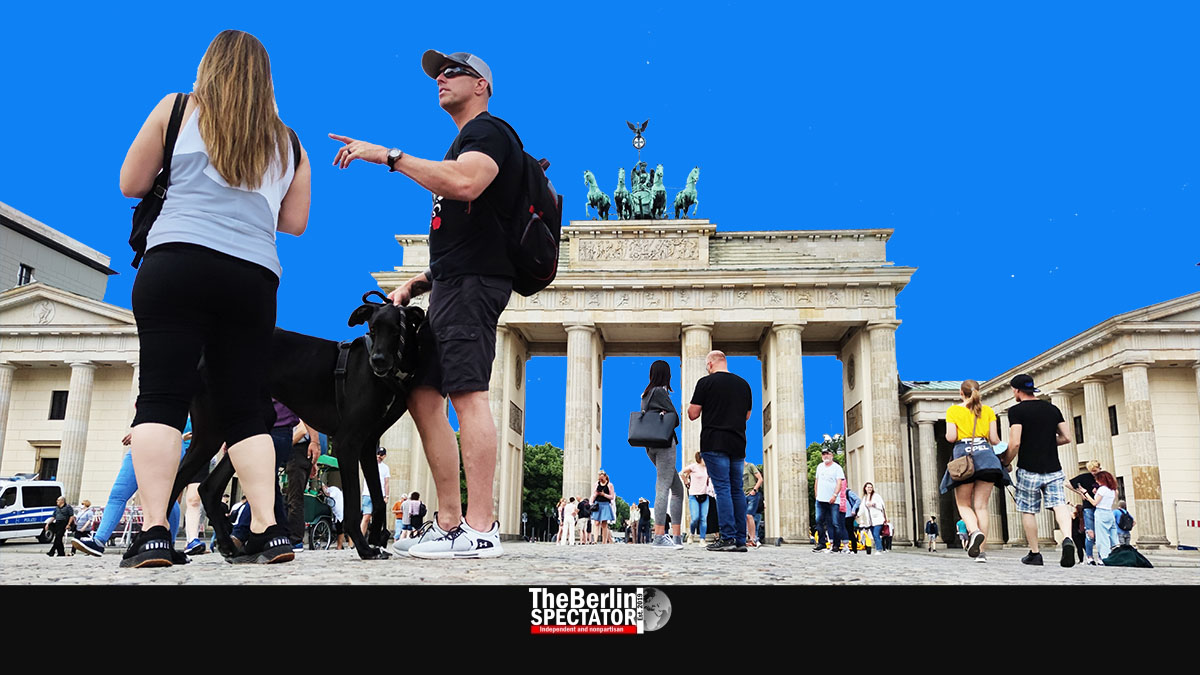 Berlin’s new tourism numbers are in, and they look pretty bad. The pandemic took the tourist magnet back to the level of 2001.

Berlin, March 4th, 2022 (The Berlin Spectator) — Berlin is stunning. No other city in Germany, on the continent or in the world is quite like it. The atmosphere in the German capital is unique. It offers a lot of culture, at least when Corona lets it. And there is so much to see, including the remainder of the Wall. In the past 77 years, Berlin has turned from the capital of fascist Nazi Germany to that of the democratic Federal Republic of Germany. In between, the mean regime of the GDR ruled in Berlin as well. Countless historic sites tell the story of this city.

Each of the nearly 14 million tourists who came to Berlin in 2019 had preferences. Some came to the city of cities to fall in love. Others wanted to dance and get drunk, to visit as many museums as possible, to follow the Berlin Wall Path, to experience stunning concerts, or to sit in beer gardens and watch people walk by. Yes, there is something for everyone, except when a pandemic screws it all up.

Because of two lockdowns and high infection numbers with many hospitalizations, 2021 was a bad year. Most of the city’s 115,000 hotel beds did not have to be made in the mornings because they were not used. Millions of meals, snacks and ice cream cones could have been sold at Berlin’s 7,000 restaurants, cafés and ice cream parlors last year if tourists had ordered them. Thousands of seats in cultural venues would have been filled by just as many visitors if Corona had not spread all over the damned planet.

Ready for an overdose of numbers? Here we go: According to ‘Visit Berlin’, the company that promotes Berlin as a tourist destination and insists on being spelled ‘visitBerlin’, 5.13 million tourists came to the city in 2021, just like in 2001, and spent 13.96 million nights here, even though the year only had 365 of them. The only good news is that the number of guests in 2021 increased by 3.7 percent compared to 2020, a year that was even worse, and the number of nights spent at hotels and similar establishments was 13.7 percent higher.

Let’s get back to the bad news: Last year, Berlin registered only 37 percent of the number of tourists who had come in 2019, before Corona hit. The number of nights spent was 41 percent of the level it had had in 2019. Also the share of foreign tourists decreased, for obvious reasons. In 2021, 71 percent of all tourists in Berlin were Germans. The Dutch, Danes and Poles were the largest groups of foreign tourists. As usual, there were more visitors from the United States than from any other country on continents other than Europe.

Now that the Omicron wave is supposed to recede, and now that most Corona restrictions will be dumped, things could have improved substantially. But, as it turns out, there is a new problem. The war of aggression Russia started against its smaller neighbor Ukraine will not exactly help tourism in Berlin or anywhere in Europe. Besides, Corona might return in fall, if it actually vanishes beforehand.