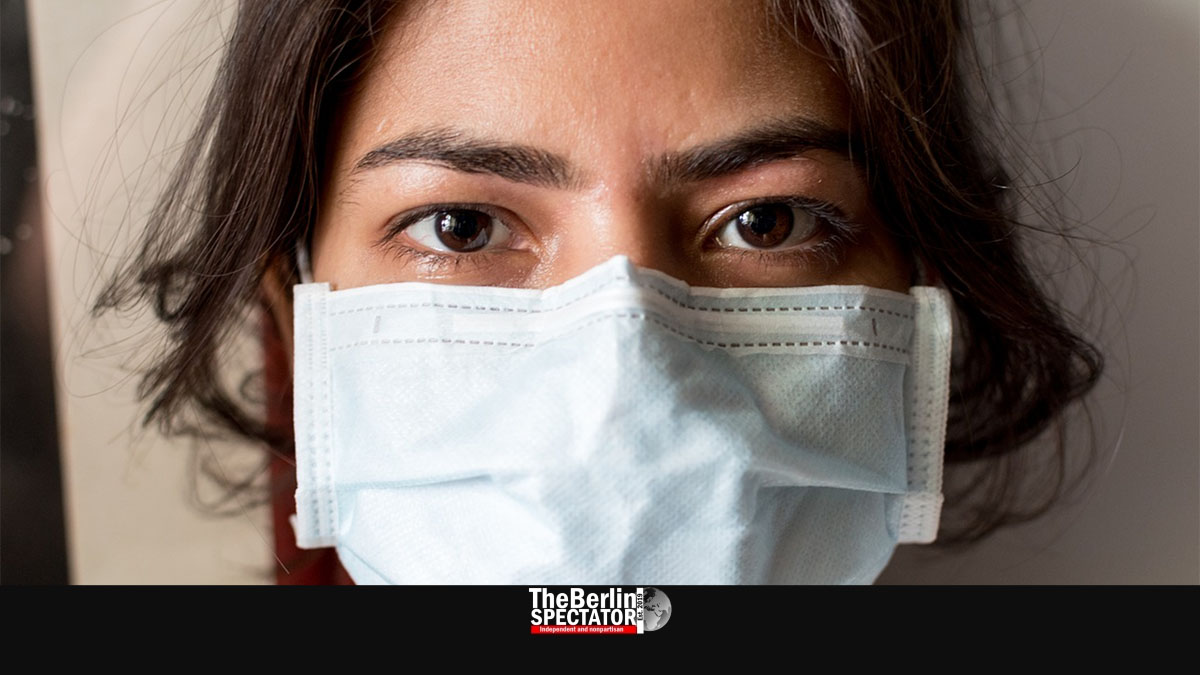 According to a draft law the German government prepared, the mandatory mask rule in supermarkets and other shops is supposed to be dumped in a week from now. Experts are horrified.

Berlin, March 13th, 2022 (The Berlin Spectator) — Getting rid of most Corona restrictions and the compulsory mask rule in shops would be a great idea if the Coronavirus had vanished or if the infection numbers were declining. But, at this stage, steps of this kind would not benefit anyone apart from the virus, experts believe. The next Corona wave seems to have commenced. On weekdays, more than 200,000 new Coronavirus cases are registered and both the Seven Day Incidence and the Hospitalization Incidence are on the rise.

Gernot Marx, the President of Germany’s Interdisciplinary Association for Intensive Care Medicine, is dismayed, just like several of his colleagues. “Wearing masks is a well-tried and simple protective measure”, Marx told told the Funky Mediengruppe, a publisher of several newspapers. “It would be a mistake to get rid of it.” Masks could protect people from infection effectively. For that reason, the federal states needed to keep the mandatory mask rule indoors, in public spaces.

In an interview with the same publishing house, Elke Bruns-Philipps of the Federal Association of Doctors in the Public Health Service (BVÖGD) said Germany needed to keep important protective measures as long as the infection numbers were as high as they were at this stage. This included the distance rule, the hygiene rules and especially the mask rule. The latter needed to apply wherever distance between people could not be kept. The federal states needed to keep the mask rule in retail businesses, at authorities and in all public establishments, Mrs. Bruns-Phillips demanded. But will she be heard?

The experts might have a point. It does not take a degree in virology to figure out that keeping anti-Corona measures is the right thing to do while yet another Corona wave is building up. At this stage, the federal government intends to lift most Corona rules as long as the situation in Germany’s hospitals warrants such a step. Whatever happens, a new version of the Infection Protection Act will have to be approved by the Bundestag rather quickly, because the old one expires in a week from now, on March 20th, 2022.

According to the government’s draft, the compulsory mask rule is supposed to apply on long-distance trains and passenger aircraft. In areas that become Corona hotspots, the federal states would have the right to put in place stricter measures. Those could include access restrictions, distance rules and hygiene concepts. Many critics say this was insufficient.

Berlin: The Ukrainian Refugee who Came to Become a Volunteer