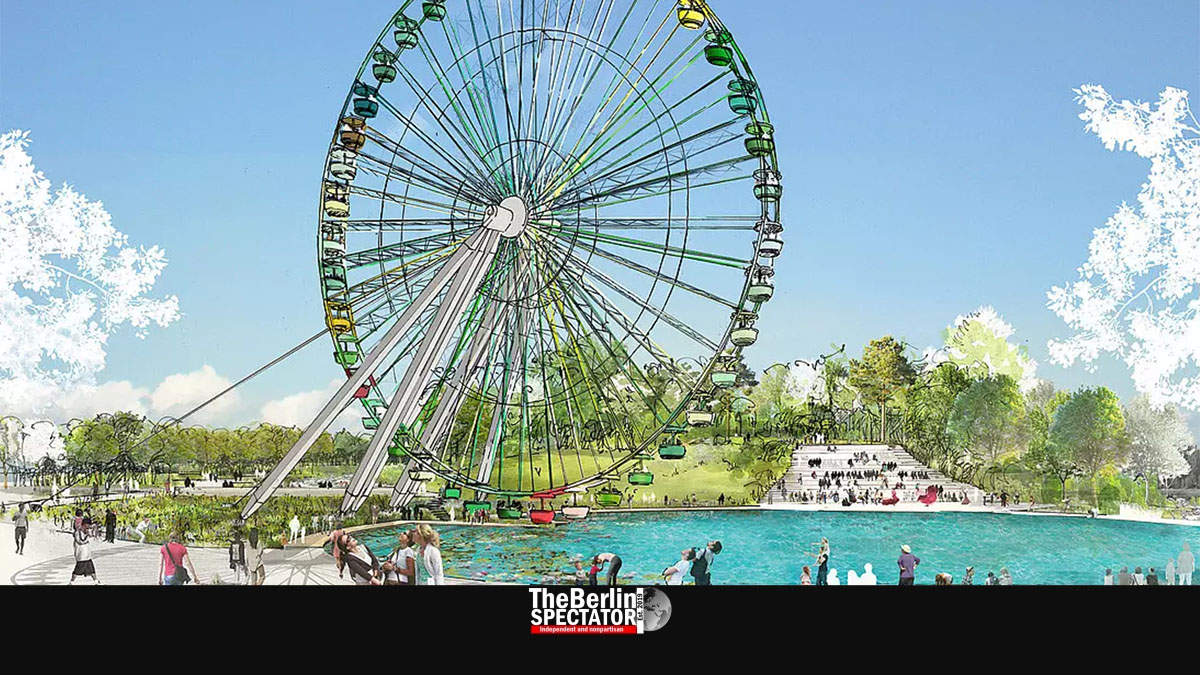 It was the GDR’s only amusement park. After Germany’s reunification, its owners had to file for bankruptcy. Since, it has been known for decay more than anything. Soon, the Spreepark will be back in business.

Berlin, March 18th, 2022 (The Berlin Spectator) — How many tourist magnets does Berlin have? Exactly. A million. In three years from now, it will have one million and one. But stories usually start at the beginning. Time to hit the rewind button.

In 1969, the communist regime in east Berlin celebrated the 20th anniversary of the country it was ruling. For this occasion, it had an amusement park built, the only one in the German Democratic Republic, which was about as democratic as North Korea, in spite of its name. The ‘Kulturpark Plänterwald’, located right at the Spree river, had one main attraction, namely a giant wheel. For the GDR’s 40th anniversary in 1989, shortly before the fall of the Berlin Wall, the giant wheel was refurbished and enlarged.

Now, people had the opportunity to look at the world from the top of the construction, which was 45 meters (148 feet) high at this point. Couples must have kissed under starlit skies in those 40 gondolas. Families definitely enjoyed those visits. Because up to 1.7 million visitors per year were counted at ‘Kulturpark Plänterwald’, the GDR’s project was a success. After the reunification, several issues popped up at the amusement park which had been renamed Spreepark. In 2001, it was over, when the operator filed for bankruptcy.

Now, the Senate is reviving it. Not only will the Spreepark be reopened. The giant wheel is supposed to be its main attraction. Nice things cost money, which is why Berlin will have to pile up 6.4 million Euro (7.1 million U.S. Dollars or 5.4 million Pounds Sterling). The federal government will contribute less than half the amount, while the city state of Berlin has to cover the rest.

Until 2026, the new Spreepark is supposed to be ready to rumble. A year earlier, around Easter of 2025, the giant wheel might turn again. Couples will finally have just the right place to kiss in the moonlight again, and everyone will see the city of cities, the center of the universe, from above. But, before we become too romantic, patience is the virtue Berlin will need.

At this stage, nobody knows who will repair the giant wheel. A competitive tendering procedure will have to be launched first. Next year, there will be a winner. The planning, the negotiations, the actual work and issues that might pop up in the process will eat up a lot of time. Rome wasn’t built in a day either, right?