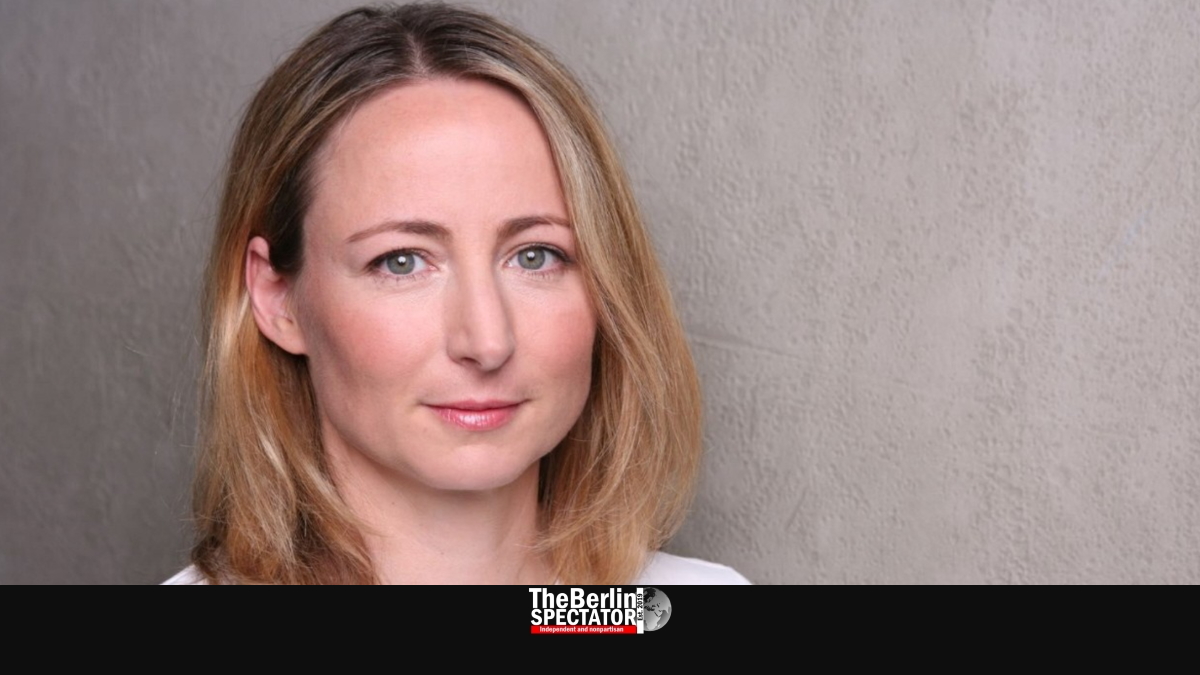 In Berlin, Jew hatred is still on the rise. The Prosecution’s Commissioner for the Fight Against Antisemitism just released her Report for 2021. It contains worrisome data.

Berlin, March 22nd, 2022 (The Berlin Spectator) — Generally, Berlin is a tolerant and peaceful city. But hatred is being spread as well. In many cases, it is directed towards Jews. The word for this condition is antisemitism. Chief Prosecutor Claudia Vanoni is one of the most important fighters against Jew hatred Berlin has. Her job is to prosecute antisemitic hate crimes and similar offenses. She cooperates with religious and non-religious Jewish organizations and also educates colleagues in regard to the subject.

Claudia Vanoni is also responsible for the Berlin Prosecution’s annual Antisemitism Report. The content of the one she released today is worrisome. “In 2021, the year of the 1,700th anniversary of Jewish life in Germany, antisemitism was omnipresent as well”, the report reads. People had kept on spreading conspiracy theories. The report says Jews had been made responsible for the Coronavirus and the measures the state had taken against its spread, in many cases.

At protests against the Corona rules in Germany, those protective measures had been compared “to the persecution and murder of millions of Jews” in Nazi Germany, it says in the document. Yellow stars saying “Unvaccinated” had been worn by participants of those kinds of events. That way, the memory of millions of victims of the Nazis had been vilified. Apparently, all of this was only the tip of the iceberg in Berlin last year.

In the context of the latest escalation of the Israel-Palestinian conflict, when the terror organization Hamas, which rules Gaza, pulled Israel into yet another war it did not want by attacking it with thousands of missiles, an increase of Israel-related antisemitism was registered in Berlin. At pro-Palestinian demonstrations, there had been “many anti-Jewish and anti-Israel incidents”, the report says. Those protests in Berlin had escalated. Some had been dissolved by the police.

Indeed, countless protests of this kind took place, especially in May of 2021. Samidoun, an organization affiliated with the Palestinian terror group PFLP, organized one of the biggest antisemitic rallies. At another demonstration, the group ‘Palestine Speaks’ spread the same hatred and lies about Israel, but it did so with more smiles and by attempting to create the picture of a hip movement. These are only two examples of many. The disgusting display of antisemitism on the streets of Berlin in 2021 was condemned by government members, the Federal President and many others.

But, according to the Antisemitism Report published by the Berlin Prosecution, hatred towards Jews was not limited to protests against the anti-Corona measures or against the only predominantly Jewish state in the world. “Antisemitic animosities, insults, threats and physical attacks” were registered as well. Hatred and agitation against Jews had been seen both on the streets of the capital and online.

In 2021, Berlin’s law enforcement authorities initiated as many as 661 legal proceedings in cases with antisemitic backgrounds. In 2020, the number was 417, in 2019 there were 386 cases of this kind. These numbers can vary because, in some instances, it takes time until the Berlin Prosecution can start working on a case. But, all in all, the increasing number of proceedings points towards a rise of antisemitic offenses in 2021.

Last year’s cases involved legal proceedings against prominent individuals, including Nikolai Nerling, who calls himself “Der Volkslehrer” (“The Teacher of the People”). He is being accused of having spread content online which included an instance of Holocaust denial by another person. An insult against a Jew, in a taped incident, is an accusation against Nerling himself. It is unclear when he will face his trial because he reportedly fled to Brazil.

Attila Hildmann, another prominent Jew hater, is mentioned in the report too. So is Uzama Z., who kept on spreading antisemitic propaganda, mostly in front of Brandenburg Gate, and allegedly attacked people. A court sent him into a psychiatric institution last year. His appeal was denied. Arson at a restaurant owned by a Jew, an incident of the kind Berlin saw a lot of in the late 1930s, was another case the Berlin Prosecution dealt with in 2021. The entire Antisemitism Report (in German) can be accessed here.