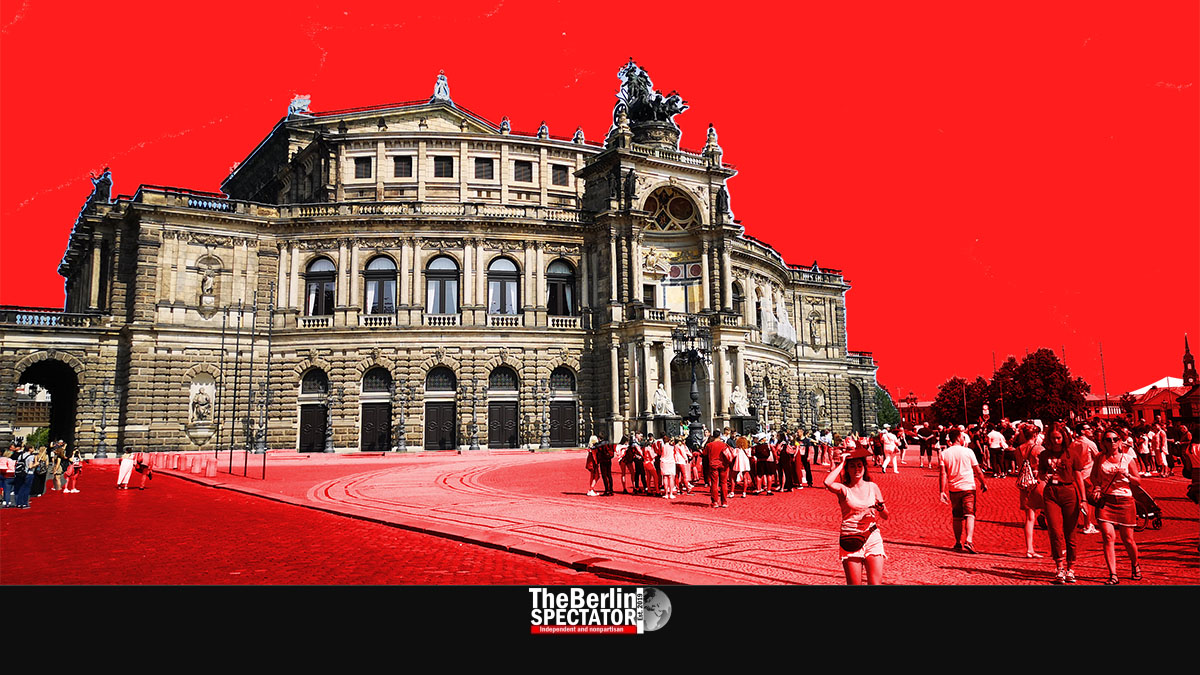 Germany just got rid of almost all Corona rules because the situation was supposed to improve. The problem is that the improvement failed to appear. Now, what? In Dresden, Governor Michael Kretschmer has a problem.

Berlin, March 23rd, 2022 (The Berlin Spectator) — When the new German government decided to dump almost all Corona rules, the justification for this step was an alleged decrease of the extremely high number of new Corona infections. The Omicron wave would recede, the public was told. Instead, the numbers increased substantially, and the Omicron wave was replaced by a BA.2 wave. BA.2 is an Omicron subtype which spreads even more rapidly.

Even though the infection numbers actually are the highest they have ever been, and in spite of the fact that the Hospital Incidence has increased to values above 7 in the past two weeks, the Bundestag approved the new Infection Protection Acts the other day. At the Bundesrat, the federal states voted in favor of the new law because there was no alternative, not because they really agreed. Even First Ministers who had called for an easing of Corona rules several times in the past two years of Corona want stricter regulations now.

Michael Kretschmer is the head of government in Saxony. According to German-language media reports, he wants to declare his entire state a Corona hotspot. That way, he could keep the mandatory mask rule in place in shops and public spaces and keep unvaccinated persons from entering certain locations. But Kretschmer might not be able to pull through on his plan. At the state parliament in Dresden, his own people, fellow members of his conservative CDU, are not playing ball.

In theory, all sixteen federal state have a good reason to declare themselves Corona hotspots because they are. Only one of them, Hamburg, had a three-digit Seven Day Incidence on Wednesday morning. Since it stands at 969.0, it could be back in the four-digit club with all other states at any moment. But even with the Incidence it has, Hamburg actually is a hotspot. The entire country is.

Especially Bavaria, Mecklenburg-Hither Pomerania, Saarland, Saxony-Anhalt and Thuringia would have a good case if they wanted to become official hotspots since their Incidences are above 2,000, meaning they are in the same situation Saxony finds itself in. But they seem to have chosen to ignore the alarming numbers and just go with the flow.

Germany’s Health Minister Karl Lauterbach had always been a more careful politician since the pandemic hit two years ago. Now, he defended the government’s approach to drop most Corona rules, a move that did not exactly bolster his credibility, according to critics. But, in a way, he still pleads for caution. Lauterbach twittered Governor Michael Kretschmer’s plan to declare the entire state of Saxony was right, because of the high infection numbers and the burden on the state’s hospitals.

Most federal states chose to use the interim period they were given by the old Infection Protection Act. This means the old Corona rules will be valid until early April. In Berlin, the new ones will apply from April 1st, in Brandenburg from April 2nd and in some states from April 3rd. This means that, in about a week from now, everyone will have to right to enter supermarkets or restaurants without masks. People will blow aerosols into each other’s faces. In many cases, those aerosols will include Corona.

The numbers the Robert Koch Institute released in the morning do not look good. Since Tuesday, there have been 283,732 new Corona infections. It is one of the highest numbers of all time. Germany’s Incidence rose slightly, to 1,734.2. The number of Corona-related deaths in the past 24 hours was 329, and that of Corona patients in intensive care 2,382.