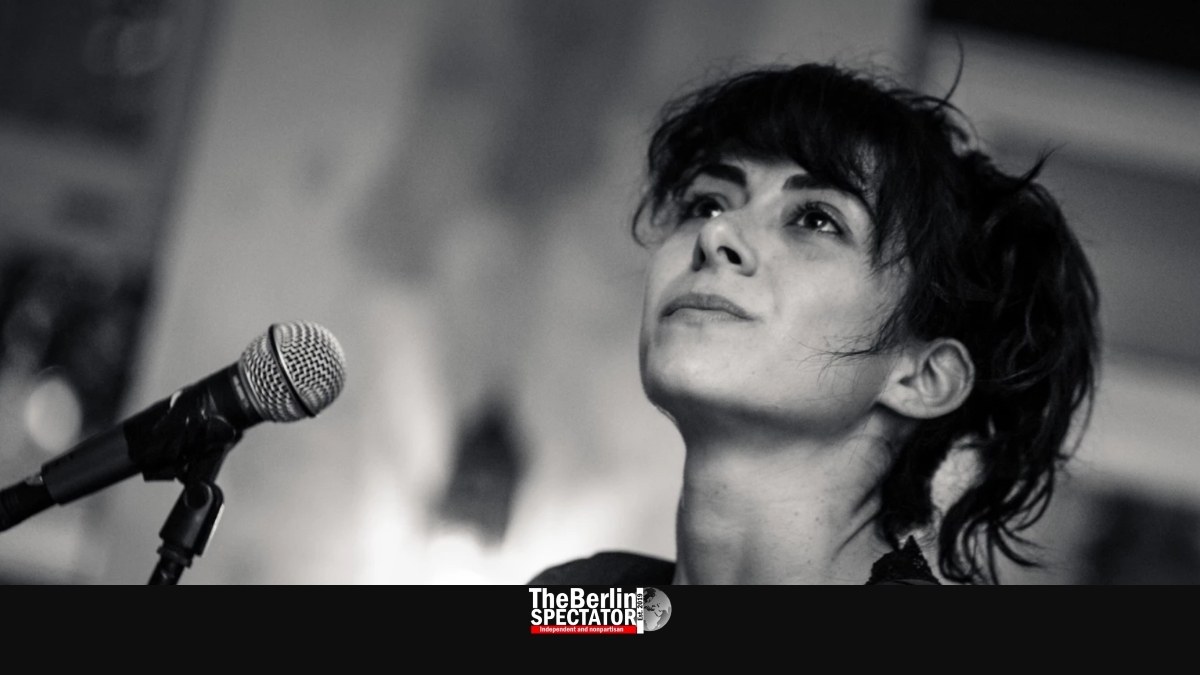 Take a big melting pot like Berlin. Add sounds from different parts of the Middle East with lyrics sung by Eden Cami in both Arabic and Hebrew. Now, stir the whole thing. The result is Kayan. A CD release concert is coming up in Neukölln.

Berlin, March 26th, 2022 (The Berlin Spectator) — “I feel connected to the languages I speak. Hebrew and Arabic are a big part of me. They are sort of ‘co-existing’ in my head, and also inside my heart”, Eden Cami says. She is the Kayan project’s vocalist. Her group brings the sound of the Middle East to Berlin. It is a special project, also because acts from the region do not usually combine Hebrew and Arabic lyrics. The word Kayan means existence.

Berliners from Israel, Iran, Poland, Syria and the United Kingdom are part of the group. Eden Casmi’s fellow band members play the Oud, an Arabic string instrument which looks like a mandolin, an upright bass, percussion and the Kamancheh, an interesting instrument mainly used in Iran. A pianist is part of Kayan too.

The sounds that Kayan delivers are a convincing blend that includes traditional music of both Arab and Jewish origin, and elements borrowed from Jazz and classical music. Eden and her fellow group members garnish the whole thing with poetry and other meaningful lyrics. Unique is an adjective Kayan definitely deserves.

Kayan does not spread direct political messages. Of course, the project’s choice of languages and sounds is a plea for togetherness rather than hostilities. “We are about art and bringing people closer together, not the other way around”, Eden Cami told The Berlin Spectator. She is of Palestinian descent and decided to come to Berlin because she thought the city’s music scene would give her more opportunities. Obviously, this assumption turned out to be accurate.

The Corona pandemic did not exactly help culture in Berlin or anywhere in the world. Kayan performed at the ‘Ufa-Fabrik’ in the summer of 2020, when the infection numbers decreased temporarily. But months of lockdowns and other restrictions forced the group to take long breaks. But this ends right now. The next gig has popped up at the horizon.

On April 10th, 2022, at 7:30 p.m. Kayan is scheduled to perform at Prachtwerk, a Berlin venue located at Ganghoferstrasse 2 in Berlin’s Neukölln district. Tickets can be purchased online for 11 Euro, or on site for 12. By the way: This gig is not just any gig. Apparently, it is a CD release concert.

Berlin: Ukrainian Refugees Apply for Residence Permits by the Thousands