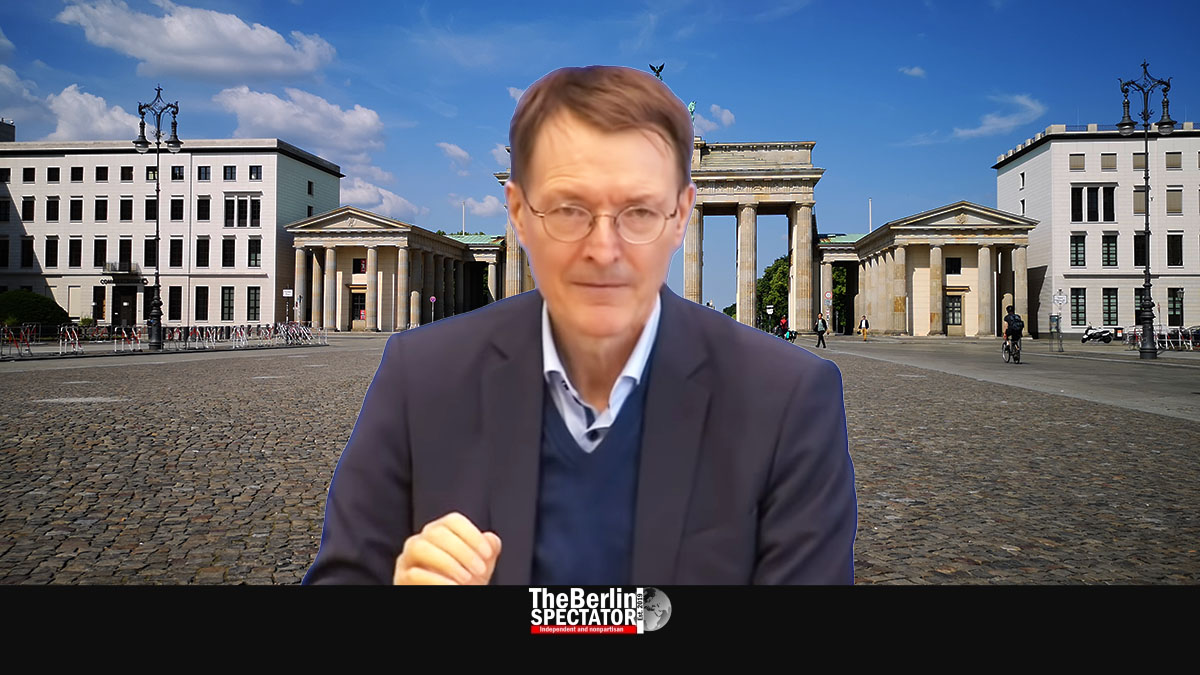 Germany’s Health Minister Karl Lauterbach clashed with colleagues from some federal states. They still oppose the imminent abolition of most Corona rules. Changes are just days away.

Berlin, March 29th, 2022 (The Berlin Spectator) — Some of Germany’s sixteen federal states want to prolong the current Corona rules even though the new Infection Protection Act they agreed to at the Bundesrat does not give them the right to do so. After an online meeting with his colleagues from the capitals of those states, Health Minister Karl Lauterbach conceded there was a conflict-laden situation.

The old Corona rules expire on April 2nd, 2022. From this point forward, the compulsory mask rule will apply in public transport, including on aircraft and long-distance trains, but not in other public places, including shops, unless their owners put in place such rules on their own. Several federal states and even prominent health experts disagree with the new regulations because of the extremely high infection numbers. These days, they are higher than ever.

According to the new Infection Protection Act, the federal states do have the right to declare cities, counties or even their entire area Corona hotspots. The state parliaments need to be involved in these decisions. In declared hotspots, they can put in place measures such as mandatory mask rules. And they have the option of limiting access to locations such as restaurants or other public spaces.

Five federal states, most of the ones that are not being ruled by Chancellor Olaf Scholz’ SPD, tried to have the old rules prolonged by a month, but failed. They are Bavaria, North Rhine-Westphalia, Baden-Württemberg, Hesse and Saarland. In the latter state, the SPD won the elections on Sunday, but the CDU is still heading a grand coalition there until the next government is in office.

But none of the sixteen states are happy with the changes in this situation. They were supposed to apply with the beginning of spring, from March 20th, 2022. But the old regulations gave the states the right to prolong the old rules until early April, which is what they did because of the record numbers of new infections that are being reported almost every day. Once, on Thursday of last week, the Robert Koch Institute reported more than 318,000 new cases within 24 hours. On most weekdays, there a far more than 200,000. Today’s number is 237,352. Usually, less new infections are reported on Mondays and Tuesdays, and more on Wednesdays, Thursdays and Fridays.

Karl Lauterbach called on the states to stop criticizing the new regulations and to make use of the hotspot rule. The new law gave them the option to declare their entire areas hotspots, he stressed. That way, they could put in place stricter measures. The Minister made clear there would not be renegotiations of the kind those five states demanded.

According to Lauterbach, there are four criteria that would justify the declaration of hotspots. They include the need to postpone surgery appointments at hospitals because of the Coronavirus pandemic, situations in which emergency care cannot be guaranteed anymore or in which the number of active personnel at clinics falls below the lower limit, and the need to transfer patients to other hospitals because of Corona.

According to the Minister, the old Corona restrictions could not be justified anymore because, at this stage, the German health system was not in danger of being overburdened, in spite of the high infection numbers. Depending on the state, the new Corona regulations will apply from April 1st, 2nd or 3rd.

Berlin to Drop Most Corona Rules on April 1st, 2022