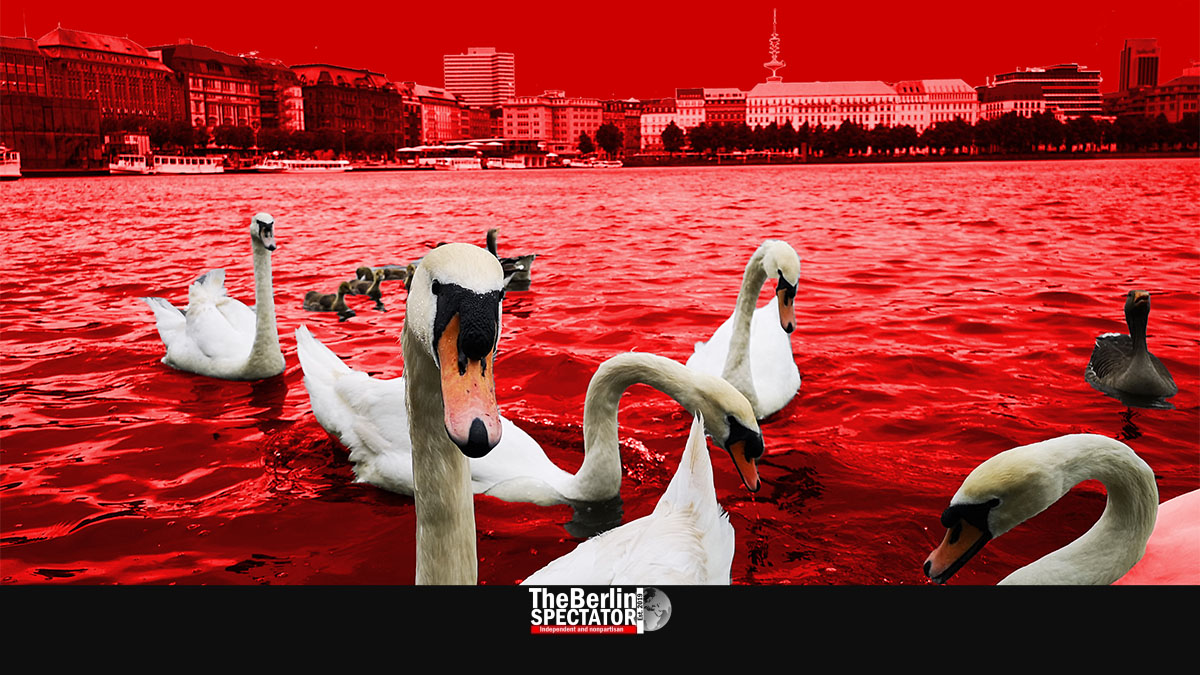 The Federal Republic of Germany is throwing most of its Corona regulations overboard. But two states are applying the ‘Corona hotspot rule’. In Berlin, many restaurants and bars reportedly want to keep stricter rules as well.

Berlin, March 31st, 2022 (The Berlin Spectator) — Germany’s new Infection Protection Act forces the country’s sixteen federal states to get rid of most Corona rules. It was supposed to happen on March 20th, but there was an interim period which the states used. It is expiring now. In restaurants, hotels and shops, masks will not have to be worn anymore. But, apparently, there will be lots of exceptions.

For states who insist on keeping the Corona rules everyone has gotten used to, since they were put in place in 2020, there is a way. The state parliaments can declare their areas Corona hotspots. This step gives them the right to stick to the mandatory mask rule in shops, restaurants and public buildings. Access to certain locations can be restricted. Two federal states, Hamburg and Mecklenburg-Hither Pomerania, chose this approach.

With a level of 1,086.2, Hamburg is the state with the second-lowest Seven Day Incidence in Germany. Only Berlin, where the Incidence was 953.9 on Thursday morning, looks a little better. Up there in Mecklenburg-Hither Pomerania, on the other hand, the Incidence is one of the highest in the country. According to the Robert Koch Institute, it is 2,004.8. For only two more states, Bavaria and Saarland, levels above 2,000 were reported as well.

The state parliament in Schwerin, which is Mecklenburg-Hither Pomerania’s capital, declared all counties Corona hotspots, meaning the entire state is covered. At least until April 27th, masks will have to be worn in public buildings, shops and restaurants. In order to enter restaurants, cafés and some businesses, people will need vaccination certificates, proof that they recovered from COVID-19 or Corona tests with negative results. But what Germans call the ‘3G’ rule is supposed to remain in place until Easter only. This is a compromise the government and business associations agreed to. In clubs and discotheques, only vaccinated and recovered persons have access, and they still need tests, until the end of April. In other words: Hardly anything will change in the north-eastern state of Mecklenburg-Hither Pomerania, for now.

Hamburg’s Bürgerschaft, the city state’s parliament, declared its area a Corona hotspot too. Like in Schwerin, the center-left SPD, the left-wing Greens and the far-left ‘Die Linke’ voted for the measure, while the conservative CDU and the extremist right-wing AfD rejected it. Hamburg is still working on the details, but the compulsory mask rule will likely remain in place in shops of all kinds, restaurants and public buildings.

In the rest of Germany, people may enter supermarkets, restaurants and most other places without masks, and they do not need to be vaccinated either. But, as it turns out, there might be many exceptions. Months ago, bars and similar businesses sued the state because they thought the Corona rules were too strict. Now, it is the other way around. The RBB radio and TV network reports, many restaurants, bars and hotels in the capital wanted to keep the compulsory mask rule. There is something called householder’s rights, meaning they can pick and implement any rules they want.

Thomas Lengfelder, the chairman of Berlin’s Hotels and Restaurants Association (‘Dehoga’) told the RBB, the Incidences were extremely high. This was why hotel and restaurant owners were divided in regard to the question whether masks needed to be required or not. According to him, about half of all businesses of this kind want to keep stricter rules in place. This means the regulations will probably differ.

In all of Germany, masks will still be required in public transport, including long-distance trains and passenger aircraft. The same applies to hospitals and care facilities. Other than that, the masks will fall. Of course, it is not forbidden to wear masks voluntarily or to cross state borders, for instance from Hamburg or Mecklenburg-Hither Pomerania into Schleswig-Holstein, Lower Saxony or Brandenburg.

We have a favor to ask: As of March 31st, 2022, twenty readers are supporting The Berlin Spectator on a monthly basis. In recent days, we also got one-time donations from some readers. We appreciate everybody’s help a lot. Thank you so much! You know who you are.
But, The Berlin Spectator needs more supporters. Right now, we receive a low three-digit amount per month. The first digit is a 2.
This is the obvious question to you: Would you consider supporting The Berlin Spectator?
Even small donations help. You can choose between one-time contributions and monthly ones. And you have the choice between Paypal and Patreon. You can check out our Donations Page first if you want to. Thank you.

‘WTF Berlin’: Jacinta Nandi Explains all the Weirdness We Run Into in the German Capital