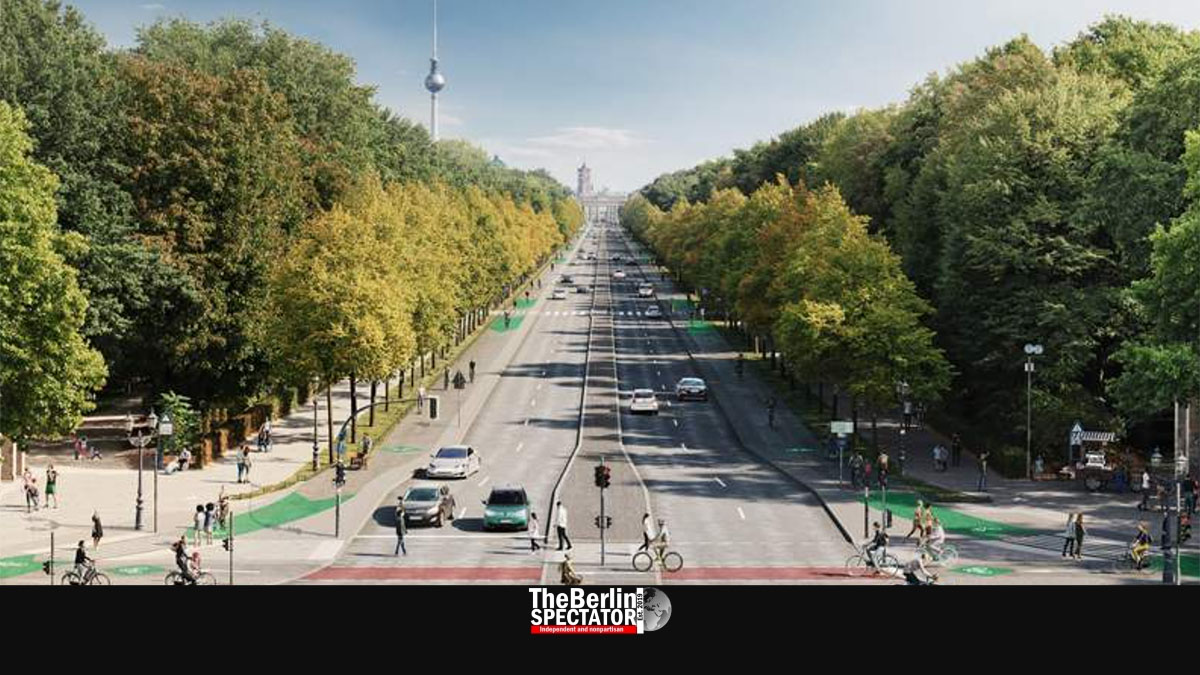 You can slice ham, melons, bread and avocados. Apparently, a city can be cut in half too. That is exactly what Berlin’s longest bicycle highway will do. Once it is completed, cycling in the German capital will be better than it already is.

Sofia, Bulgaria, April 7th, 2022 (The Berlin Spectator) — In order to get from Hönow at the border to Brandenburg in the very east of Berlin to the office in the city’s Mitte district, those who live out there can hop on the ‘U5’ subway line. If they do not feel like mingling with everyone else on the train, they can fire up the Diesel instead, drive there and pay exaggerated parking fees. Or they can go by bicycle. The latter option takes a little longer, but it is more healthy for everyone, also because bicycles do not pollute the air.

Soon, cycling from Hönow to Mitte, or all the way to Spandau in the west, will be far more attractive. Berlin’s East-West Route is supposed to make cycling faster, safer and more fun. This particular bicycle highway will become the longest of several of them, and basically cut Berlin in half, right through its equator. Its total length will be 38 kilometers (24 miles), a distance slow cyclist can cover in two and a half hours. Cycling from Hönow to the eastern city center might take about an hour and fifteen minutes, as State Secretary Meike Niedbal said. She is responsible for mobility.

Right now, without the bicycle highway, the route includes many annoying parts. First of all, there are too many traffic lights and obstacles. Secondly, some of those 1980s bike lanes on the way do not really deserve that expression anymore. They are bumpy, too narrow, partially unsafe and they make it easy to clash with pedestrians or motorists. This will change.

The East-West Route will wind through six of Berlin’s districts, namely Marzahn-Hellersdorf, Lichtenberg, Friedrichshain-Kreuzberg, Mitte, Charlottenburg-Wilmersdorf and Spandau. According to State Secretary Niedbal, it will run through commuting areas with a total of 513,000 inhabitants. At this stage, 10 bicycle highways are in their preliminary planning stage.

Meike Niedbal says, the purpose was “to create an extremely attractive offer for cyclists. Here, bicycle traffic is supposed to be able to advance comfortably, safely and quickly. That way, it will become an actual alternative to the motor vehicle, including on longer routes.” The State Secretary stated the East-West Route would run from Hönow across Schlossplatz square, via Unter den Linden boulevard and Strasse des 17. Juni all the way to the western city limits in Spandau, and it had a lot of potential.

On top of it all, the construction of those bicycle highways will bring about a redistribution of the available space, for an additional 7,000 cyclists per day. About 75 percent of the East West Route will run along main traffic arteries. But separate bicycle streets will be built too. Their length should be about 7.6 kilometers (4.7 miles).

In the Mitte district, things are a little more complicated because less space is available. Here, two separate segments are part of the plans. And no, this bicycle highway will not run through Brandenburg Gate, for several reasons. Here, it would destroy the experience for tourists. Generally, there are far too many pedestrians there, protests and other events. Here, Berlin wants to separate the bicycle highway into two parts, both north and south of the Gate and the millions of embassies around it.

It will take some time, probably until the year 3000, until the first cyclists can hit their highway. Officially, it should be ready to go in 2030. The plan approval procedure is scheduled for 2023 and 2024. It will be a long wait, but one thing is certain: The East-West Route will not really cut the city in half again, but bring it closer together.