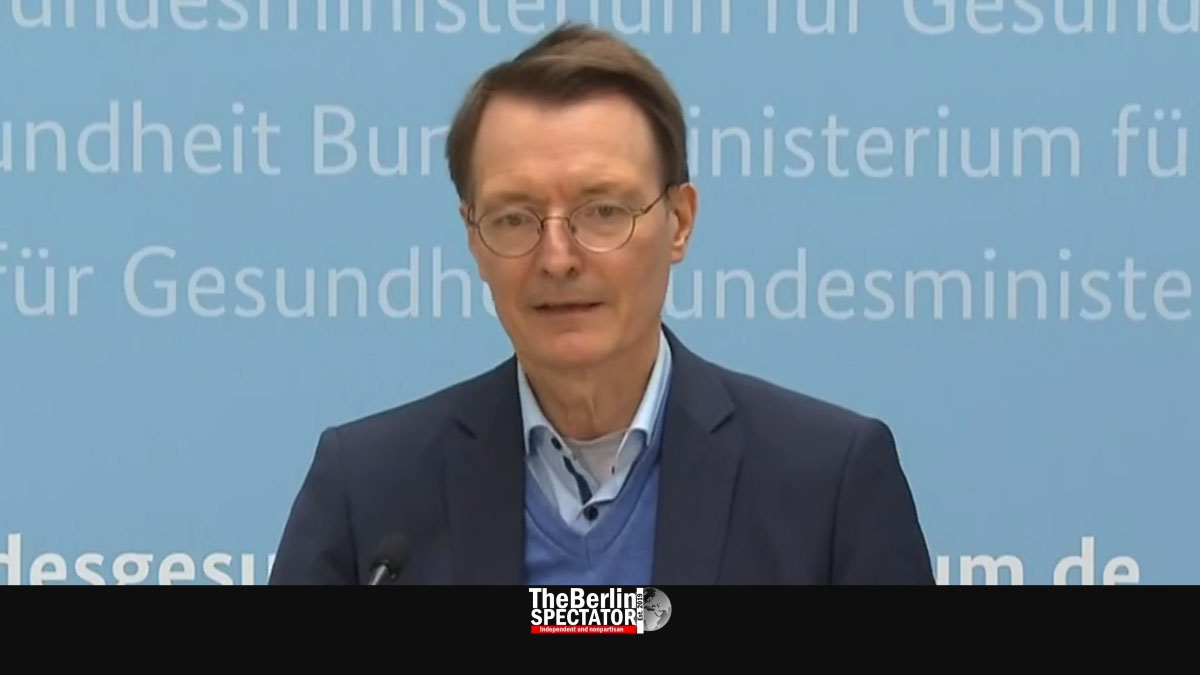 In Germany, persons infected with the Coronavirus were supposed to isolate themselves voluntarily from May 1st. But, three weeks ahead of this date, Health Minister Karl Lauterbach announced the mandatory quarantine would remain in place after all.

Sofia, Bulgaria, April 7th, 2022 (The Berlin Spectator) — The Federal Republic of Germany got rid of many Corona rules on March 20th, 2022. In the first days of April, fourteen out of sixteen federal state implemented the new regulations after an interim period. An end to the mandatory isolation of people infected with the Coronavirus was supposed to follow on May 1st. Not anymore.

In Berlin, Karl Lauterbach, Germany’s Minister of Health, retracted the plan. “This was a mistake which I am personally responsible for”, he told the press. Infected persons would have to go into quarantine for five days in future as well, he said. “The plan to end the compulsory isolation was a mistake, or would have become one, had it been approved”, the Minister stated. Asked whether he would step down because of this mishap, he said no. The conservative opposition is already using it against him.

The reactions to the proposal to get rid of the mandatory isolation had shown that the plan had sent out the wrong signal, Lauterbach explained. People could have thought the Corona pandemic was over or that it was comparable to the flu, which was not the case. He said there still were too many Corona-related deaths. Long COVID was a big problem too. “Therefore, the decision will be amended”, Lauterbach stated. “When you see that proposals do not really work, you have to retract them.”

But things are different with persons who were in contact with infected individuals. From May 1st, 2022, they will be advised to isolate themselves. But, since this will be a recommendation only, they will not have to go into quarantine anymore. One advantage this aspect has is that it will make things easier for the local health authorities.

Exactly 800 days after the very first Corona infection was confirmed in Germany, the number of new cases still is at a very high level. At the same time, it is decreasing. Today, 201,729 new Corona infections were reported for the past 24 hours. The Seven Day Incidence dropped down to 1,251.3. But the number of Corona-related deaths remains very high. Since yesterday, 328 COVID-19 patients died.

In Germany’s sixteen federal states, things obviously look a little better. For fourteen of them, the Robert Koch Institute reported four-digit Incidences, but none of them is above 2,000 anymore. Two states are in the three-digit range, namely Berlin (767.3) and Hamburg (994.1).

Germany: The Pandemic Rules We Still Need to Adhere to when We Travel