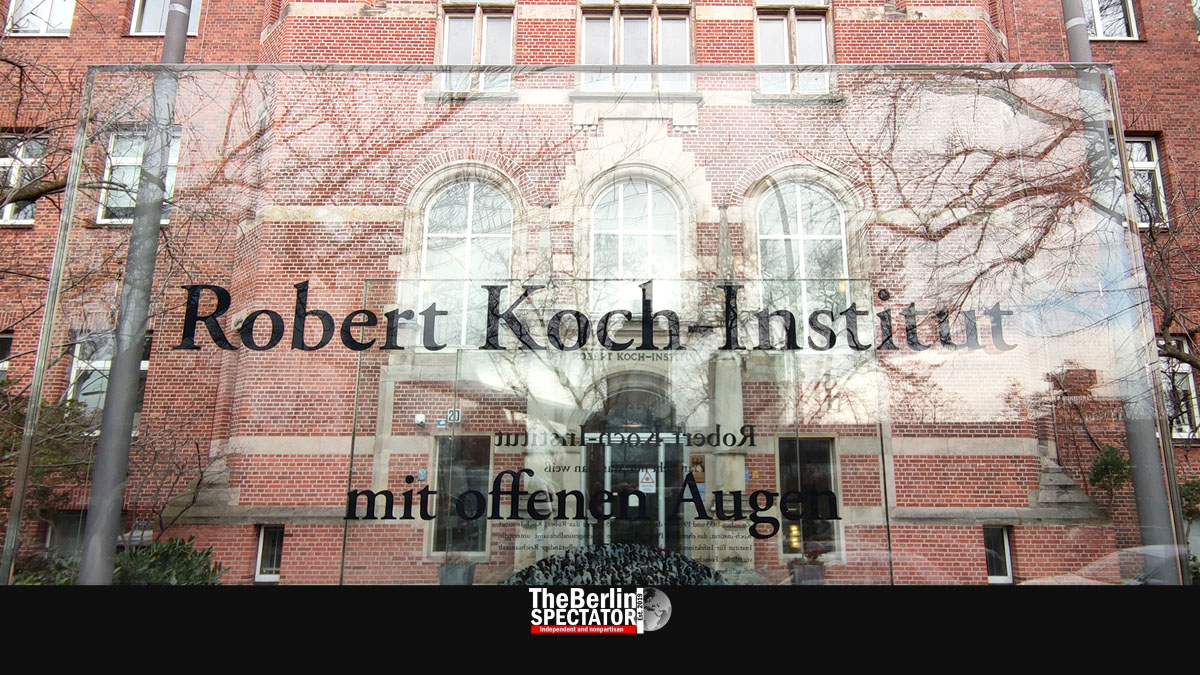 According to the Robert Koch Institute, the zenith of the ongoing Coronavirus wave has been overcome. A week ago, the Institute had said it was likely the peak was in the past. But it does not take a professorship in virology to see the numbers fall.

Sofia, Bulgaria, April 8th, 2022 (The Berlin Spectator) — In Germany, the worst part of the Omicron wave is over. In its weekly report, Germany’s Robert Koch Institute (RKI) confirmed this wave’s zenith had passed. The report is based in last week’s data. This week, the number of new infections has dropped further. On Friday morning, 175,263 new infections were reported. This is an extremely high number, but it still is a whole lot lower than it was last Friday, when more than 252,000 new cases were reported within 24 hours.

Germany’s Seven Day Incidence is falling rapidly. Today, it is 1,181.2. Six days ago, it was above 1,500. On March 29th, the Incidence level had been higher than 1,700. The number of federal states with Incidences below 1,000 just increased by one to three. They are Berlin, Brandenburg and Hamburg.

Does all of this point towards an end to the Corona pandemic? No. The RKI says there still was “a high infection pressure”. Within one week, more than a million new Coronavirus infections had been reported. In Germany’s health system, many employees could not work right now because they were sick or in quarantine. The institute said the trend in the next few weeks depended on people’s behavior. It recommended the use of masks. Distance to other persons needed to be kept.

Yesterday, the Berlin Bundestag rejected proposals for mandatory Corona vaccinations. On March 20th, most Corona rules were thrown overboard. For these reasons, because people are not being forced to do anything anymore, apart from wearing masks in public transport and hospitals, the RKI appealed to people’s personal responsibility. They needed to be considerate, stay at home when they were sick and get vaccinated.

The Corona variant BA.2, which is a subtype of the Omicron mutation, has been dominating Germany for a while now. The week before last, 9 in 10 cases were attributed to this variant. Because of BA.2, the numbers had risen to alarming levels. At one point, more than 300,000 new infections had been registered in 24 hours.

Except for Hamburg and Mecklenburg-Hither Pomerania, Germany’s federal states got rid of most Corona rules a week ago. In Brandenburg, new ones were announced for pupils. After the Easter vacations, they are supposed to get tested for Corona every day for one week. That way, the state wants to find out whether some schoolkids bring home the Coronavirus from trips abroad. Neighboring Berlin just wants to conduct “more tests”, whatever that might mean. Masks at schools will not be required anymore, neither in Berlin nor in Brandenburg.