Germany: Lots of Traffic at Airports and on the Autobahn due to Easter Vacations 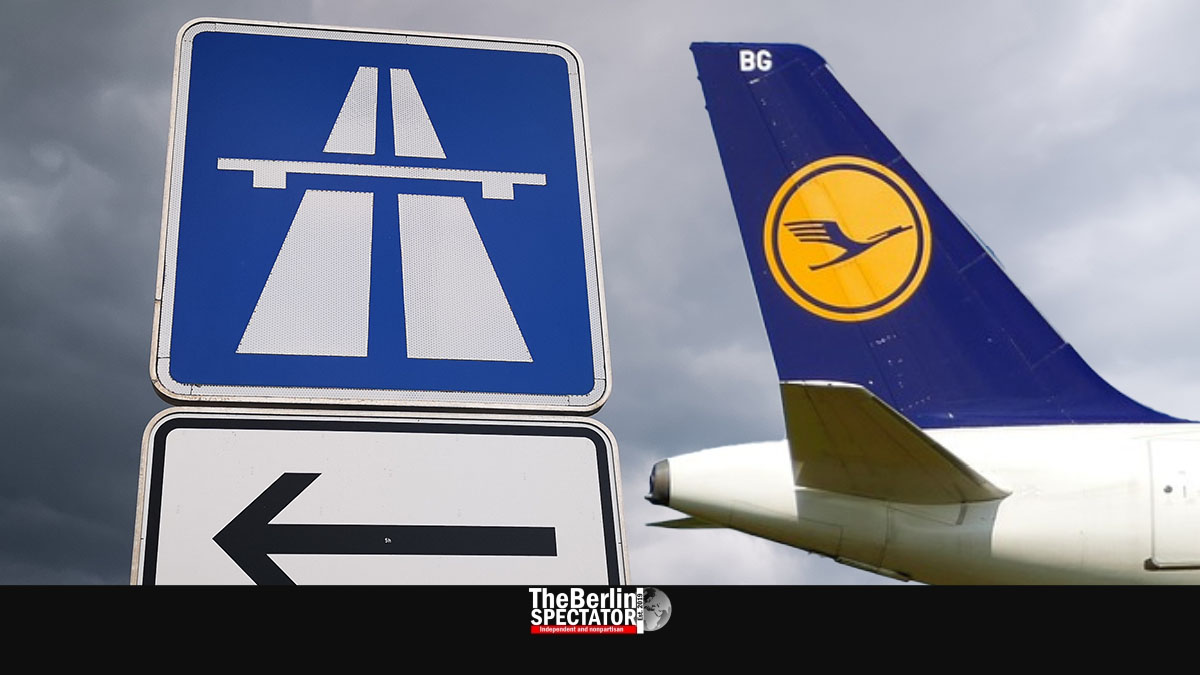 The Easter Vacations just began. Of course, this is good news. But the situation at BER Airport and on Germany’s Autobahnen (plural) is not.

Sofia, Bulgaria, April 9th, 2022 (The Berlin Spectator) — Hamburg does not really have Easter vacations because it already had early spring vacations in March. Bremen, Lower Saxony and Schleswig-Holstein have been on vacation since April 2nd. Germany’s remaining twelve states are starting theirs today. Sure, it is great to be on vacation, except when your airport is crammed or when you get stuck in traffic on the Autobahn.

Mess on the Road

Hundreds of thousands of vacationers left Berlin, Munich, Frankfurt, Cologne and other German cities and regions on Friday afternoon. As a result, traffic was more than tight all over the place. The General German Automobile Association (ADAC) compiled a long list of Autobahnen (yes, plural) it expects to be affected by traffic jams. It would have been easier if they had just said this kind of situation would spread across all of them.

From the perspective of Berlin and parts of Brandenburg, most problems will pop up on the Autobahn A10 between Leest and the freeway junction ‘Potsdam Nord’, because construction sites are not exactly helping the traffic flow there. The same applies to the A12 between Frankfurt (Oder) West and the German-Polish border, on the A24 between Fehrbellin and Kremmen, as well as between Neuruppin Süd and Fehrbellin, and on the A114 around the Pankow junction.

Mess at the Airport

All over Germany, hundreds of construction sites on dozens of Autobahnen (yes, one Autobahn, two Autobahnen) are causing issues. By the way: Today is one of the worst travel days anyone could pick because everyone has the genius idea to let the others leave on Friday, and get out of the city on Saturday.

So, you intend to fly and laugh at those poor folks in traffic jams from above? Excellent. Except the airports are supposed to be a mess too. BER Airport in Schönefeld, Brandenburg, says 55 airlines were offering flights to 126 destinations right now. Of course, they highlighted its routes to Doha, Singapore and Newark, New Jersey, because those are the only three intercontinental ones they have.

Further down in BER Airport’s latest press release, they say they were expecting up to 70,000 passengers per day during the Easter vacations. One of the worst days was yesterday. April 24th, 2022, when everyone returns, will be pretty bad as well. But so will today. “During the Easter vacations, we expect more than 1 million passengers”, BER’s CEO Aletta von Massenbach stated. “This shows that the desire to travel is returning.” Indeed.

But this desire can turn into a headache, at least temporarily, when the luggage handling system gives up at the worst moment. This is exactly what happened at BER Airport’s brand new Terminal 2 on Thursday night. Since, engineers have managed to repair it. Bon voyage, everyone. “V1. V2. Rotate.”

We have a favor to ask: As of April 9th, 2022, twenty readers are supporting The Berlin Spectator on a monthly basis. We appreciate everybody’s help a lot. Thank you so much! You know who you are.
But, we need more supporters.
This is the obvious question to you: Would you consider supporting The Berlin Spectator?
Even small donations help. You can choose between one-time contributions and monthly ones. And you have the choice between Paypal and Patreon. You can check out our Donations Page first if you want to. Thank you.