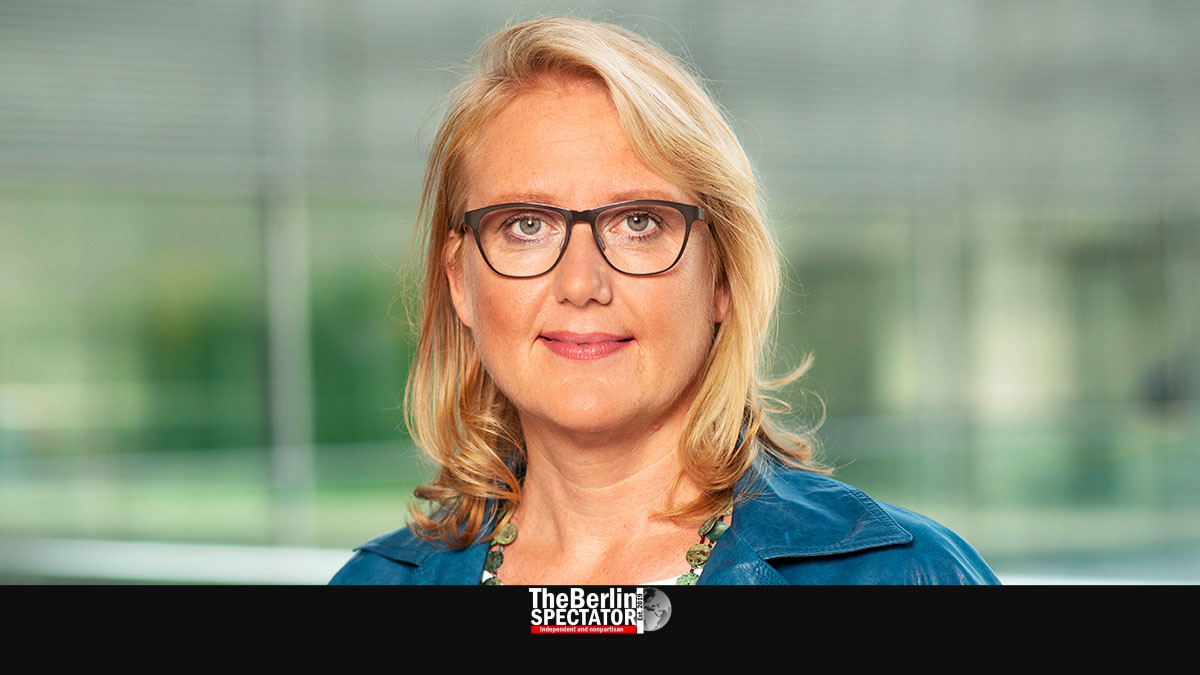 Three days after Anne Spiegel resigned, the German Greens picked a successor for her. Lisa Paus from Rheine in North Rhine-Westphalia is 53 years old and her party’s fiscal expert at the Berlin Bundestag.

Berlin, April 14th, 2022 (The Berlin Spectator) — Since Monday, the Greens, who are part of Chancellor Olaf Scholz’ ‘Traffic Light Coalition’, have known they would have to pick a new Family Minister. On Tuesday, the party’s co-chairlady Ricarda Lang said the next person to fill this position had to be competent and a woman.

In the Bundestag, they found someone who fit this description, namely Lisa Paus. She is part of the left wing of her party, has been its member since 1995 and the Green caucus’ fiscal expert. The designated Federal Minister is also the Greens’ deputy floor leader at the Bundestag and a member of three committees, including the fiscal one. The single parent has lived in Berlin for 27 years now. Her electoral district is Charlottenburg-Wilmersdorf.

Some German-language publications reported her nomination was a surprise because her expertise did not really fit the Ministry of Families, Seniors, Women and the Youth. The Greens do not see it this way. Besides, something the Germans call ‘Kindergrundsicherung’, which could be translated as ‘basic benefits for children’, has been one of the projects Lisa Paus has concentrated on for years. Its implementation is part of the coalition agreement Scholz’ SPD, the Greens and the center-right FDP signed in December.

The ‘basic benefits’ plan is a tool that is supposed to child poverty. Once it is implemented, it will replace all benefits parents get from the state for their children. At this stage, the parents of 2.8 million children in Germany get benefits for them. More than half receive them in spite of being employed. The new approach is supposed to improve things. It will be Lisa Paus’ responsibility to work on the plan.

Anne Spiegel stepped down earlier this week because of a scandal the ‘Bild am Sonntag’ weekly had uncovered. Last summer, she had taken a four-week vacation in southern France shortly after floods had killed at least 180 in Germany, many of them in her state, where she was responsible for helping people as Environment Minister. Thousands became homeless because of the floods. On Sunday, Mrs. Spiegel apologized and refused to step down. A day later, she resigned because of the “political pressure” on her.

Before Anne Spiegel, Franziska Giffey was Family Minister in former Chancellor Angela Merkel’s cabinet. On May 19th, she resigned because of a plagiarism scandal, seven months and two days before she was elected Governing Mayor of Berlin, after she won the state elections in September against all odds.