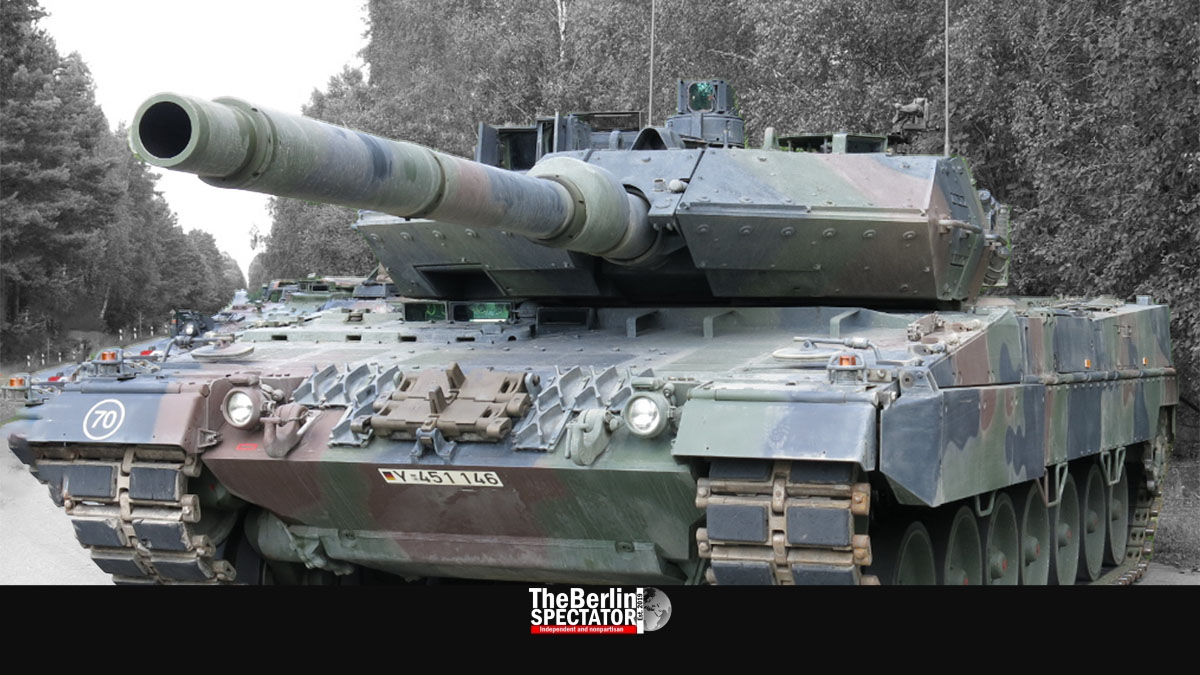 In regard to the question whether heavy weapons should be sent to Ukraine, the pressure on Germany’s Chancellor Olaf Scholz is mounting. A group of German MPs wants the government to provide those weapons. Ukraine itself wants them too. Why is Scholz hesitant?

Berlin, April 15th, 2022 (The Berlin Spectator) — On German TV, Ukraine’s Foreign Minister Dmytro Ivanovych Kuleba was interviewed on Thursday night. He partially apologized for the disinvitation of Germany’s President Frank-Walter Steinmeier who had wanted to visit Kiev, by saying in times of war the protocol could not always be followed.

Kuleba told the German news broadcast ‘Tagesthemen’ on ARD television, the time of halfhearted measures had passed. Only unity and mutual actions could protect Europe from a big war. He said Berlin needed to change its policy towards both Russia and Ukraine. In the past, Germany had “looked through Russia’s glasses”. He also said the Berlin government needed to provide heavy weapons to Ukraine because Russia, the aggressor, had to be stopped.

From Berlin, he had mostly heard arguments against helping Ukraine with heavy weapons, Foreign Minister Kuleba said in the interview on ‘Tagesthemen’. But those did not take into account the terrible situation on the ground. In regard to the question of more sanctions, he suggested a ban on oil imports from Russia which could be extended to other energy sources later.

In Berlin, Marie-Agnes Strack-Zimmermann, an MP for the Free Democrats (FDP) who are part of Olaf Scholz’ government coalition, demanded heavy weapons for Ukraine as well. She just visited western Ukraine with her colleagues Michael Roth of Scholz’ SPD and Anton Hofreiter of the Greens. On Twitter, she accused the SPD’s floor leader at the Bundestag, Rolf Mützenich, of not having understood the necessity of the turn of eras Chancellor Scholz had recently announced.

Just hours before, Mützenich had defended Scholz’ reluctant position on the question of heavy weapons for Ukraine, by saying it was wrong to call for “unparalleled decisions” if the persons who demanded them did not bear responsibility for those steps. They could have “extensive consequences for the security of our country and of NATO”, he stated.

Before, even Green government members like Foreign Minister Annalena Baerbock and Commerce Minister Robert Habeck had said Germany needed to provide heavy weapons to Ukraine because of Russia’s war of aggression. While both the proponents and the opponents of this kind of step may have expressed valid reasons for their positions, the aggression and the killing in Ukraine continues. A “diplomatic solution” some are demanding is not in sight. And if it was in sight, achieving it would probably take too long.