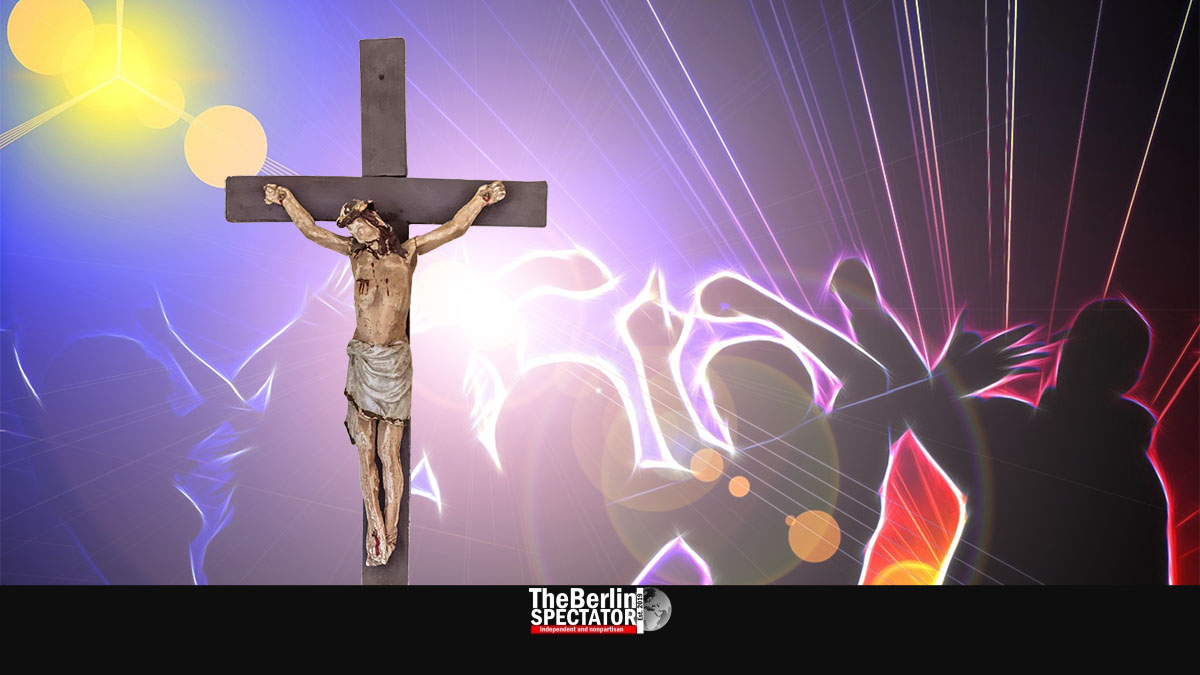 In Germany, a dance ban is in place. In some states, it applies today only, in others longer than that. This is about respecting religious sentiments. Almost all shops are closed on Friday, Sunday and Monday.

Berlin, April 15th, 2022 (The Berlin Spectator) — Germany is a predominantly Christan country. The two main Churches, the Catholic and the Lutheran one, still have some power, even in the 21st century. That is one reason why almost all shops close on Sundays and official holidays. When German Christians observe Easter, one of their two most important holidays, their religious sentiments are supposed to be respected.

Today is Good Friday. The rules that apply depend on Germany’s sixteen federal states. Some of them, including Berlin, are less strict. Especially in the more devout south, the rules are tighter. All states put in place dance bans, but the duration varies.

In Berlin, the dance ban has been in place since 4:00 a.m. this morning and ends at 9:00 p.m. this evening. Bremen is sort of progressive too. In this small state, there is no dancing from 6:00 a.m. to 9:00 p.m. on Good Friday. In Hamburg, the ban applies since 2:00 a.m. this morning and lasts until 2:00 a.m. on Saturday. In Baden-Württemberg, a very religious state, the dance ban applies since Holy Thursday at 6:00 p.m. and ends on Saturday at 8:00 p.m.. Neighboring Bavaria bans dancing four hours longer than that.

In Brandenburg, Hesse, Lower Saxony and Saarland there is no dancing until Saturday at midnight. In Saxony, Saxony-Anhalt and Thuringia, it applies today only, until midnight, and in Schleswig-Holstein until 2:00 a.m. on Saturday. Now, there are three states left: Up there in Mecklenburg-Hither Pomerania, the dance ban ends on Saturday at 6:00 p.m., in North Rhine-Westphalia (NRW) at 6:00 a.m. on Saturday and in Rhineland-Palatinate on Easter Sunday at 4:00 p.m..

While NRW looks less strict compared to one of its neighbors at first glance, the opposite is actually the case. In this state, movies screened on Good Friday need to be approved by the Minister of Culture. In several states, sports events are banned today. Disturbing the peace by causing noise of any kind is forbidden too. This includes grill parties and moving from one apartment to another.

Germans are used to their country’s strict regulations in regard to opening hours for shops. During the Easter days, their fridges better be filled. That is because all shops are closed on Good Friday, Easter Sunday and Easter Monday, except for bakeries. Saturday offers the only shopping opportunity people have. In large cities, there are ’emergency supermarkets’ that do open. In Berlin, there are eight of them. They are located at the following train stations: Ostbahnhof (two supermarkets), Central Station, Friedrichstrasse, Gesundbrunnen, Lichtenberg, Südkreuz and Zoologischer Garten.